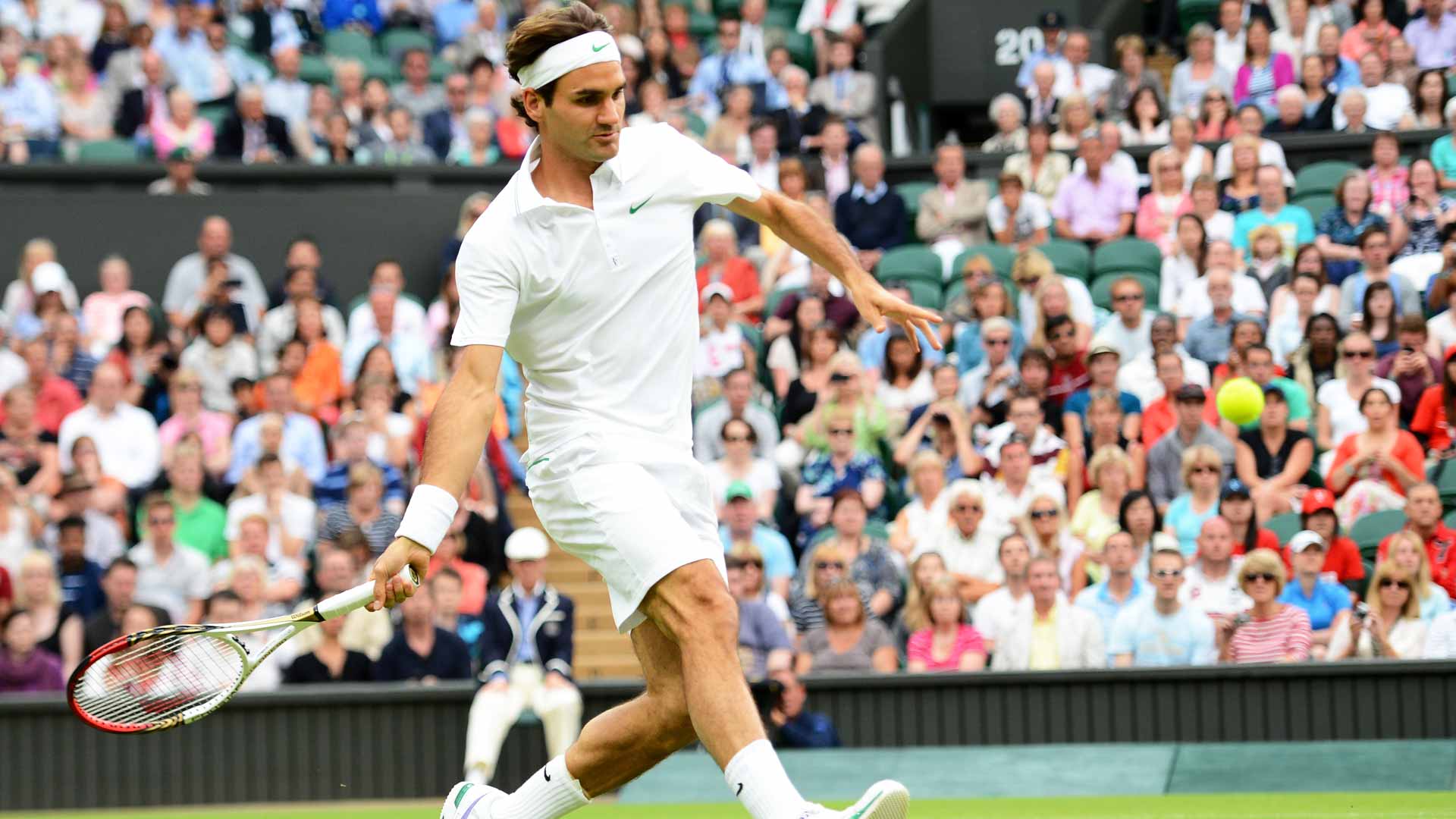 Editor’s Note: But for the COVID-19 pandemic, Wimbledon would now be underway. During the next two weeks, ATPTour.com will look back on memorable matches and happenings at the grass-court Grand Slam.

Roger Federer’s relief was palpable to everyone in his press conference after surviving an epic third-round tussle with Julien Benneteau at 2012 Wimbledon. The six-time champion came within two points of losing to the Frenchman on five different occasions, but rallied from two sets down to score a 4-6, 6-7(2), 6-3, 7-6(6), 6-1 win over his inspired opponent.

“When you’re down two-sets-to-love, stay calm,” Federer said. “Obviously your friends and family are freaking out. You just play point for point. It sounds boring, but it’s the only thing to do… Tonight, it was special.”

Benneteau had four previous wins against players inside the Top 5 of the FedEx ATP Rankings, including a victory on home soil against Federer at the 2009 Rolex Paris Masters. With the roof closed, the Frenchman thrived in the quicker conditions. Although the Swiss was not at his best in the early stages of their match, Benneteau consistently anticipated where his opponent would put the ball due to having seen it countless times from competing in their junior days.

As Federer so often does, he found a way to raise his level as the match wore on. The match was eventually leveled not because of Benneteau’s nerves or errors, but due to well-timed winners from the top seed at crucial moments. He increased his first-serve percentage and cut the errors out of his net game, taking close games or break point opportunities away from his opponent with one-two punches.

Benneteau’s body ultimately betrayed him in the fifth set and removed any further chance of an upset. The effort required to hang with Federer resulted in cramps in his left hamstring that twice required medical treatment. Sensing his opportunity, the Swiss raced through the closing stage of the match to advance after three hours and 34 minutes.

“He’s like a rock,” Benneteau said. “If your level is a little bit lower, he takes the opportunity. Every point against him, you cannot make a mistake. If you do not put the ball in the right place, you lose the point nearly every time.”

Federer used his scare as fuel for the remainder of the tournament, eventually defeating Andy Murray to lift his seventh Wimbledon crown and regain the No. 1 ranking.