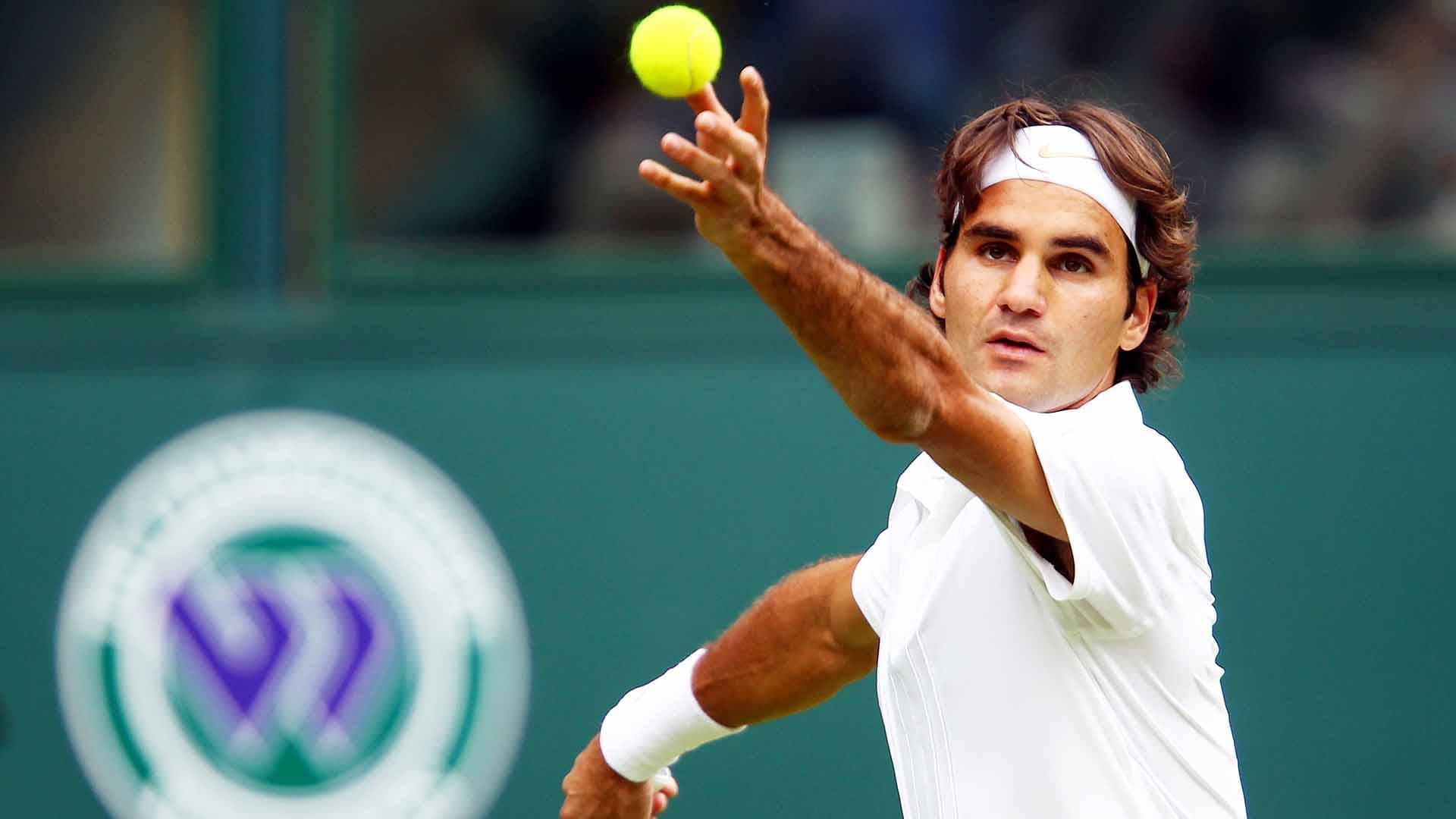 In his first match at The Championships since one of his greatest Wimbledon triumphs, Roger Federer narrowly avoided an opening day upset at Wimbledon in 2010.

Appearing at SW19 for the first time since beating Andy Roddick 16-14 in an extended fifth set to capture a record-breaking 15th Grand Slam title in 2009, Federer followed tournament tradition by opening Day One play on Centre Court against Alejandro Falla.

Meeting the Colombian for the third time in four weeks, Federer owned a perfect 11-0 set record against Falla, which included a 6-1, 6-2 victory en route to the NOVENTI OPEN final in Halle just two weeks earlier. All signs pointed to a comfortable opening match for Federer, but Falla started strongly to threaten Federer’s streak of 24 consecutive Grand Slam quarter-final appearances.

The World No. 60, who owned just three victories from five previous appearances at the All England Club, moved up the court in crucial moments to establish a two-set lead. After losing the third set, Falla secured an early break in the fourth set and maintained his advantage to serve for the match at 5-4. From this point, Federer raised his game to win nine of the next 10 games and earn a 5-7, 4-6, 6-4, 7-6(1), 6-0 victory after three hours and 18 minutes.

“It came as a bit of a shock and it’s not something I was that prepared for, but you have to draw from experience and physical strength. I live to fight another day,” said Federer.

Aiming to join Pete Sampras and William Renshaw as the only seven-time singles champions at the All England Club, Federer fell to eventual runner-up Tomas Berdych in the quarter-finals. But the Swiss soon joined Sampras and Renshaw with his seventh trophy at SW19 in 2012, before surpassing the duo with a record-breaking eighth crown in 2017.

“I am happy because I played a great match,” said Falla. “Today is a special day for me in tennis, even if I lost that match. I can say I was serving for the match against Federer. Many players would like to be in that situation.”

Two years later, Falla achieved his best Wimbledon result. The Colombian earned back-to-back five-set wins against John Isner and Nicolas Mahut to reach the third round. One month later, Falla returned to SW19 to face Federer in the first round of the 2012 London Olympics. The World No. 51 broke the eventual silver medallist on three occasions and forced a deciding set, before suffering a 6-3, 5-7, 6-3 defeat.