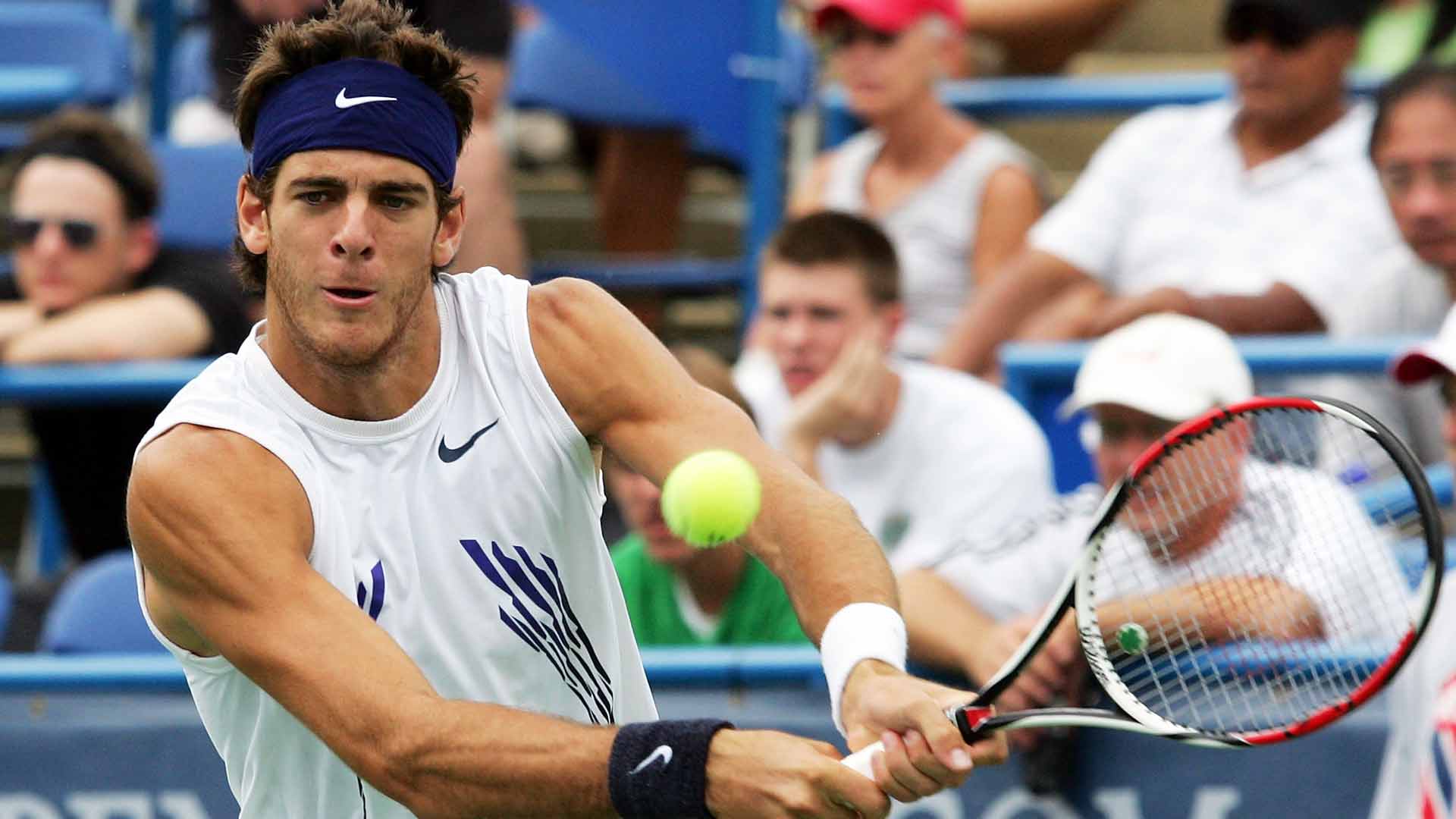 Juan Martin del Potro always brings his best tennis to the North American hard-court swing and the Citi Open has become the most successful hunting ground of his career.

The Argentine prevailed in three of his five appearances in Washington, D.C., (2008-2009, 2013) enabling him to rack up a 15-match run at this event before Kei Nishikori snapped his winning streak in 2017. It remains the only tournament in which Del Potro has stood in the winner’s circle on three occasions.

ATPTour.com looks back at Del Potro’s trio of thrilling runs.

2008
Del Potro was on a confidence high as he rode a three-tournament, 14-match winning streak. The 19-year-old Argentine prevailed at clay-court events in Stuttgart and Kitzbühel before completing a hat trick in Los Angeles by defeating Andy Roddick in the final.

Playing with the confidence of a man who hadn’t lost in several weeks, he charged through the draw and overpowered Viktor Troicki 6-3, 6-3 in the final. After falling behind 1-3 in the opening set, Del Potro quickly recovered and wrapped up his perfect week with an ace on championship point. The victory made Del Potro the first man in ATP Tour history to win his first four singles finals.

“Today I was very, very nervous because I was the favourite to win the tournament,” Del Potro said. “In a final, if you play your best you can win, for sure, but I think today I played more with my mind than my body.”

2009
Despite being the defending champion, Del Potro arrived in a different mood having not won a title in seven months. After struggling to victory in his first two rounds, he benefitted from receiving a walkover in his quarter-final against Robin Soderling and soon found himself facing Roddick on championship Sunday.

The sweltering conditions wore both men down as they battled from the baseline for more than two hours. With almost nothing left to give physically, the Argentine turned to his serve and cracked five aces in the third-set tie-break to prevail 3-6, 7-5, 7-6(6). Del Potro squandered his first three championship points, but made good on his fourth chance and became the first man to successfully defend his title at this event since Andre Agassi (1998-1999).

“I did my best serves ever in my life,” Del Potro said. “After the first set, I couldn’t move any more. It was impossible. It was serve and one more ball. If you run, you die.”

Buoyed by his second title of the year, the Argentine went on to capture his maiden Grand Slam crown one month later at the US Open (d. Federer).

2013
Del Potro delighted local fans by returning to this event after a four-year absence and quickly made up for lost time. After marching to the final without dropping a set, he shook off a slow start in the final to defeat John Isner 3-6, 6-1, 6-2.

The Argentine became energised early in the second set after returning a timid overhead from Isner with a clean forehand winner. Del Potro repeated that effort later in the set and stole the momentum from his opponent to sprint through the remainder of the match.

“It’s amazing. I’m so happy to win here once again,” Del Potro said. “Always when you win a tournament, it’s special [and] it’s big. In the third set, I played my best tennis of the tournament.”