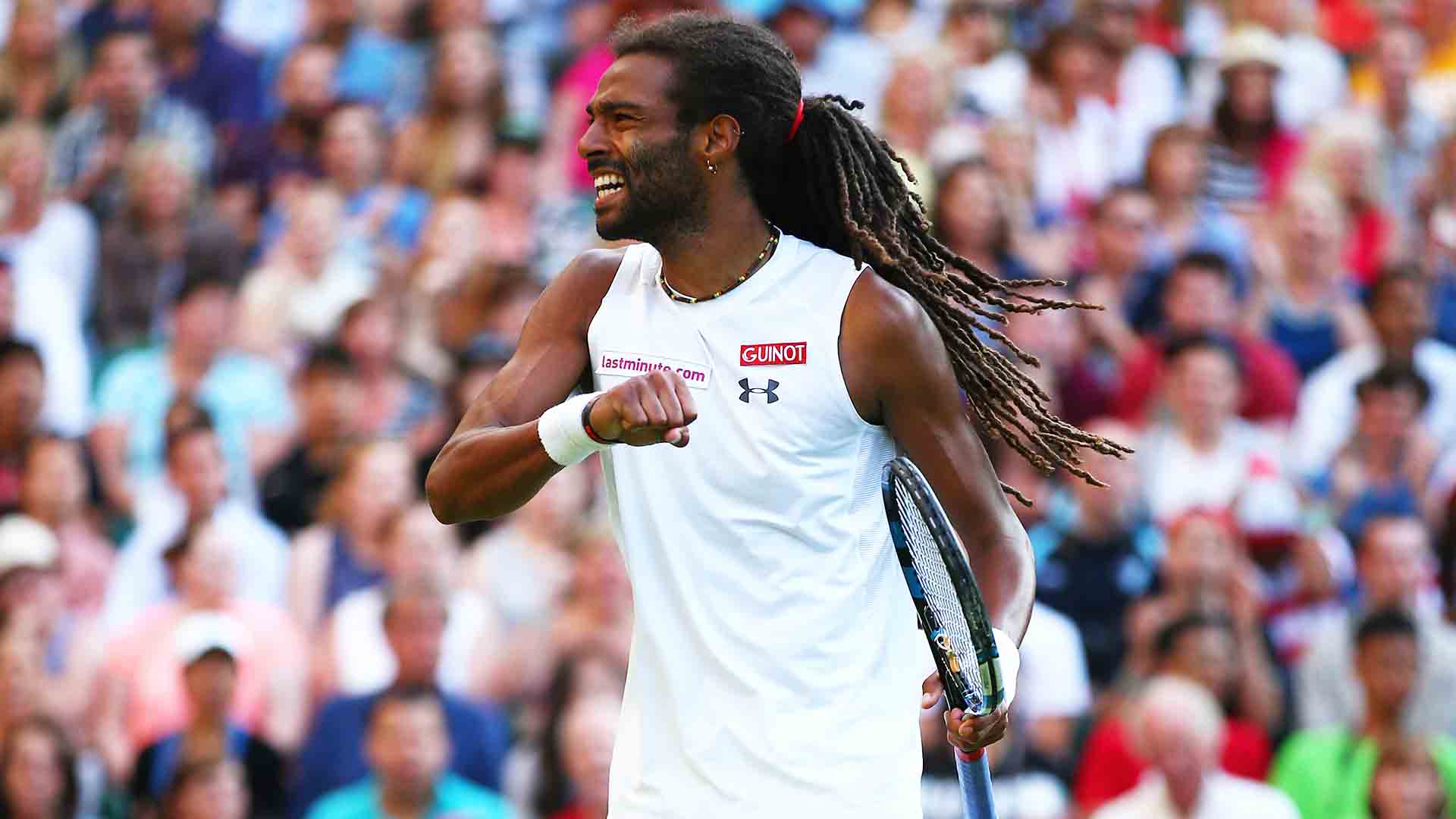 When Dustin Brown stepped onto Centre Court for the first time in 2015, the German was aiming to record his second victory against a former champion at the event in three years.

Two years after beating 2002 winner Lleyton Hewitt in the second round, Brown met two-time champion Rafael Nadal at the same stage. Brown entered the contest with confidence, having beaten Nadal on grass in their only previous ATP Head2Head meeting at the 2014 NOVENTI OPEN. But if the World No. 102 wanted to repeat that victory, he would have to maintain his best level for longer than his 60-minute win in Halle.

For the first time in his career, Nadal arrived at Wimbledon in 2015 after appearances at two grass-court tournaments. Taking advantage of the newly-extended grass-court season, the Spaniard clinched his fourth title on the surface in Stuttgart before a first-round defeat to Alexandr Dolgopolov at The Queen’s Club.

That Stuttgart success and an extra week to adjust to the surface gave fans a reason to believe that 2015 could be the year that Nadal reversed his fortunes at SW19. After reaching the final in five straight Wimbledon appearances from 2006 to 2011, Nadal suffered early losses to players ranked outside the Top 100 in three straight visits to the All England Club from 2012 to 2014.

After splitting the opening two sets on Centre Court, Brown fully committed to his brand of attacking tennis to complete a stunning victory. The 6’5” right-hander enjoyed success with his serve-and-volley tactics and attacked Nadal’s second serve to keep points short and disrupt the Spaniard’s rhythm. After two hours and 33 minutes, Brown fired his 11th ace of the match to confirm his spot in the third round.

“I’m happy I got to play him on that court win or lose,” said Brown. “All the kids that play tennis dream about being able to play on that Centre Court. Playing against him there is special.”

With his second victory in as many matches against Nadal, Brown became only the second player after Alex Corretja to hold a 100 per cent record against the left-hander after two ATP Head2Head matches.

“Obviously he’s one of the best players of the sport, and for me, being able to play against him twice, obviously on my favourite surface, is probably my luck,” said Brown.

Nadal’s loss to Brown marked the end of a disappointing four-year streak at the grass-court Grand Slam championship. Since that defeat, the 19-time Grand Slam champion has claimed 13 wins from 16 matches at SW19, with his only losses coming against Gilles Muller, — in a dramatic 15-13 fifth set — Novak Djokovic and Roger Federer.

“On this court especially, you meet players that don’t want to play from the baseline sometimes. [Brown] is one of these ones,” said Nadal.

Following his milestone victory against Nadal, Brown struggled to replicate his form in the next round. Backed by an enthusiastic crowd on No. 3 Court, the German was broken on four occasions during a four-set loss to Viktor Troicki.