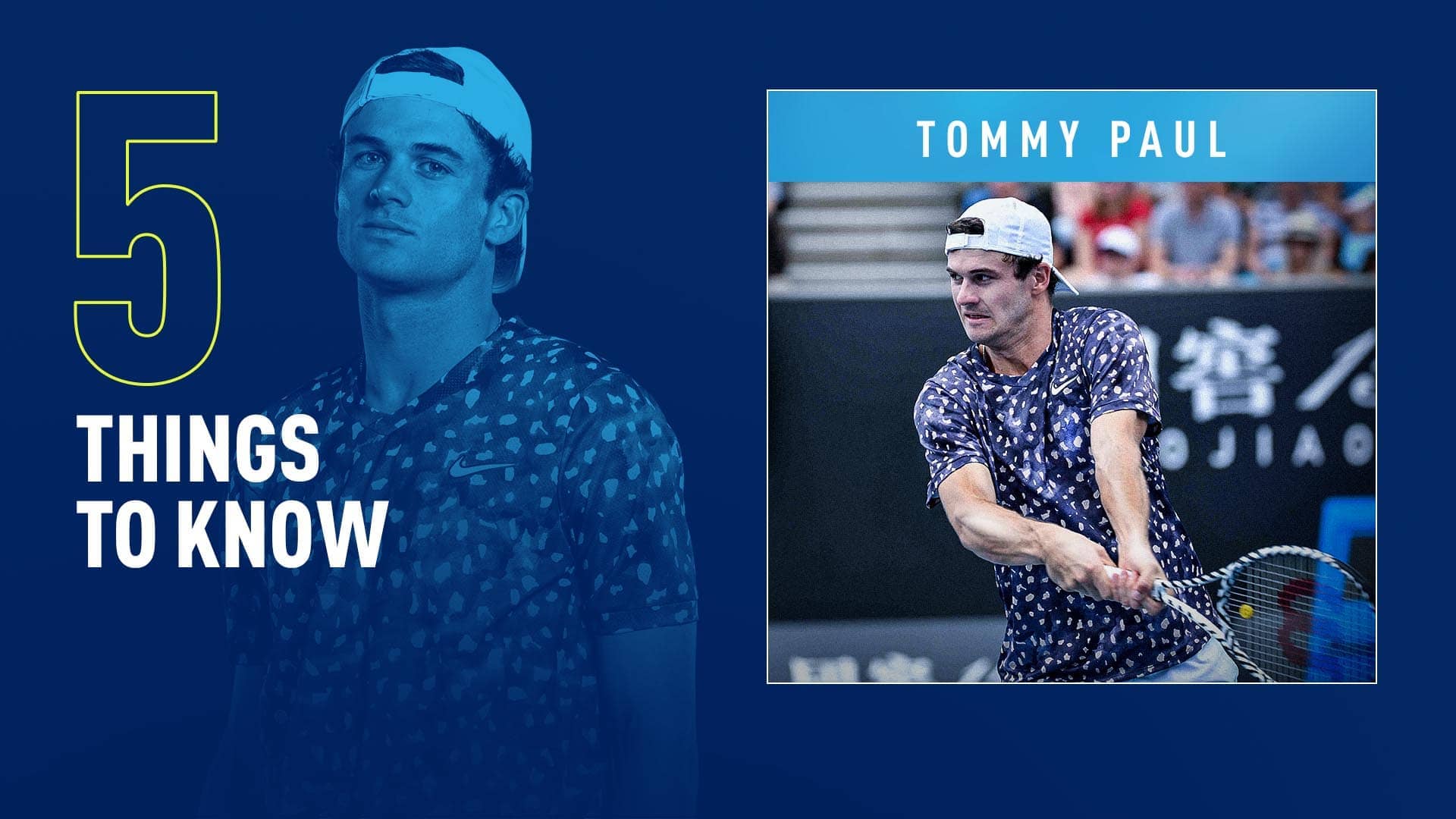 Tommy Paul reached the Australian Open third round and is at a career-high No. 57 in the FedEx ATP Rankings.

ATPTour.com looks at five things you should know about the 23-year-old.

Paul won nine consecutive matches from the start of his title run in Sarasota through finishing runner-up in Tallahassee. The American owns four Challenger trophies, having also captured the Charlottesville title in 2018 with straight-sets wins against Ivo Karlovic, Bradley Klahn and Peter Polansky.

Paul opened the year with five straight-sets wins from qualifying to reach his maiden ATP Tour semi-final in Adelaide. The 6’1” right hander recorded wins against Leonardo Mayer and 2017 semi-finalist Grigor Dimitrov the next week in Melbourne to make his first appearance in the third round of a Grand Slam.

The American then earned his first Top 10 win against 2019 runner-up Alexander Zverev at ATP 500-level Acapulco. Paul saved all four break points he faced to defeat the World No. 7 in 88 minutes.

“[I just have to] continue to do the right things, try to stick with the same routines as I had at the end of last year and through the beginning of this year,” said Paul. “I’m still the same person, still having fun. Just trying to make better decisions.”

3) He Has An Experienced Coach In His Corner
Paul began working with Brad Stine near the end of the 2019 season. Stine has previously worked with former World No. 1 Jim Courier and two-time Grand Slam finalist Kevin Anderson. The former U.S. national coach spent the 2019 off-season with Paul and was impressed by the World No. 57’s professional approach.

”[The o]ff-season was phenomenal with him,” said Stine. “I was really impressed with his work ethic and attitude coming to the court every day.”

4) Fun Is Important
Introduced to the sport by his parents aged seven, Paul noticed he was having more fun on court than most players his age. On days where he lacked motivation, Paul made a conscious effort to prioritise fun on the court to keep his spirits high.

That same mindset remains to this day. The 2015 Roland Garros boys’ singles champion hopes his fun philosophy also provides fans in the stands with plenty of enjoyable moments.

“I want people to have fun watching me. I want them to see me having fun and I want them to enjoy watching it,” Paul said. “I don’t want to be a boring guy out on the court.”

5) A New City Means New Restaurants
Spending much of the year on the road, Paul loves to discover new restaurants during tournament weeks. During his title run at the Challenger event in New Haven last year, the Delray Beach resident visited Frank Pepe’s Pizzeria with fellow player Ryan Shane.

“Eating on the road is pretty much always eating out,” said Paul. “We try and find the best restaurants, restaurants that are famous in the area.”