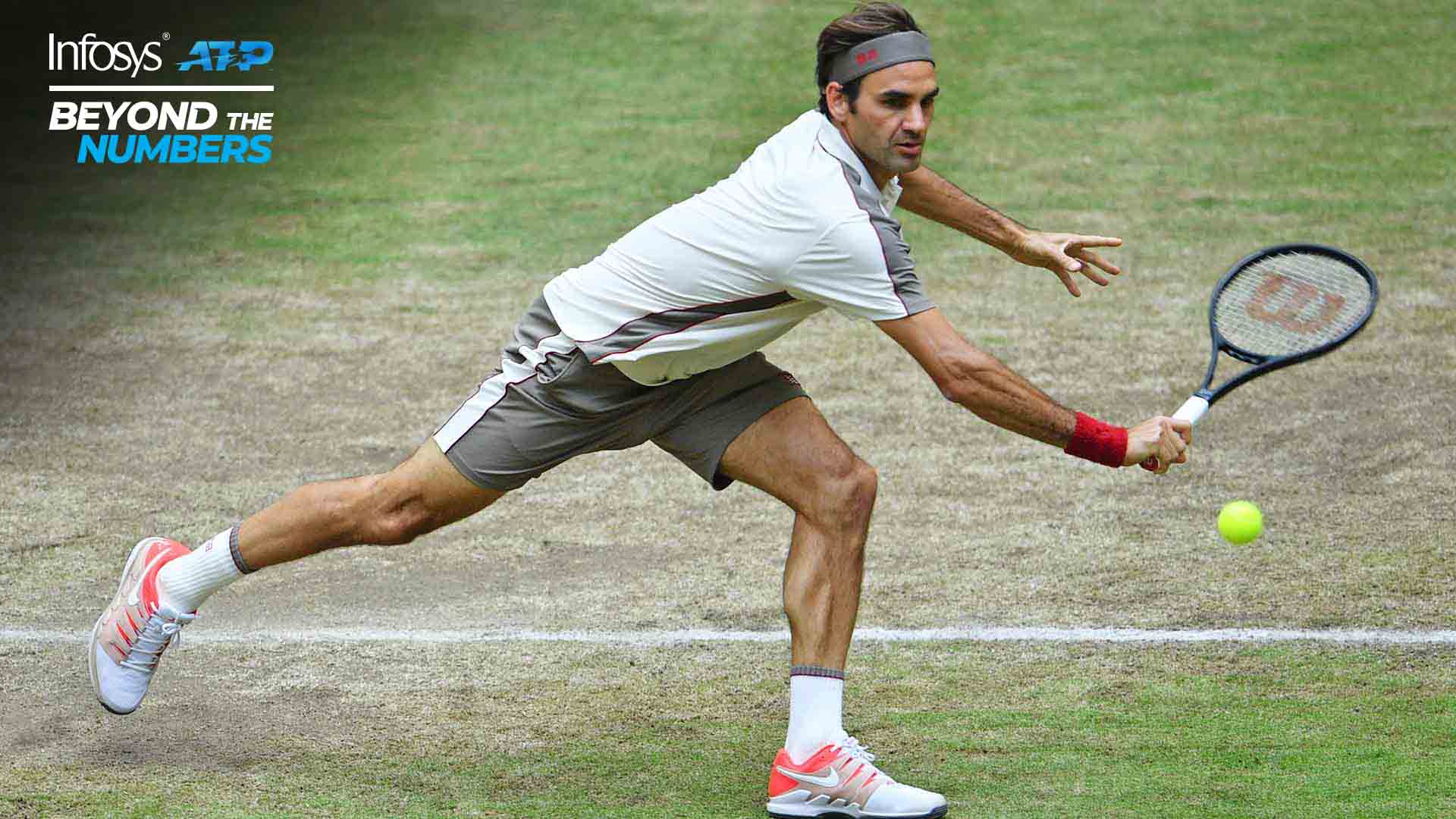 The ‘toughest out’ in tennis over the past 30 years is Roger Federer.

An Infosys ATP Beyond The Numbers analysis of players who win the most points in a losing effort found that Federer averaged winning almost 48 per cent of points in 260 matches where he finished second best. The data set is comprised of 491 players who have lost at least 50 matches at the ATP Tour and Grand Slam level since 1991, when official ATP Tour statistics were first recorded.

Federer has lost 25,925 points in the 260 matches where he has suffered defeats. The Swiss has consistently performed better than any player on Tour in losing by the tightest of margins. The leading 10 players in this category since 1991 are:

Federer played his opponents even closer in a losing effort when competing indoors versus outdoors.

At this time of year, Federer is usually adding to his Wimbledon legacy where he has won a record eight titles. He is 101-13 at Wimbledon throughout his career. In his 13 losses at the All England Club, he has still won a head-turning 49.6 per cent of points, which is second only to Krajicek (49.71 per cent) out of a data set of players who have lost eight or more times at The Championships.

Federer’s best results in a losing effort have come on grass, while his greatest separation from the match winner has occurred on clay.

When analyzing his performance against opponents he has lost to at least five times in his career, Federer has played Dominic Thiem the closest and struggled the most against Andy Murray in a losing effort. It’s interesting to note that Federer has played Djokovic slightly closer (47.4 per cent) than Nadal (46.9 per cent) when losing to either player.

Part of the overall game plan when trying to defeat Federer must be the mindset that the match is most likely going to go down to the wire.