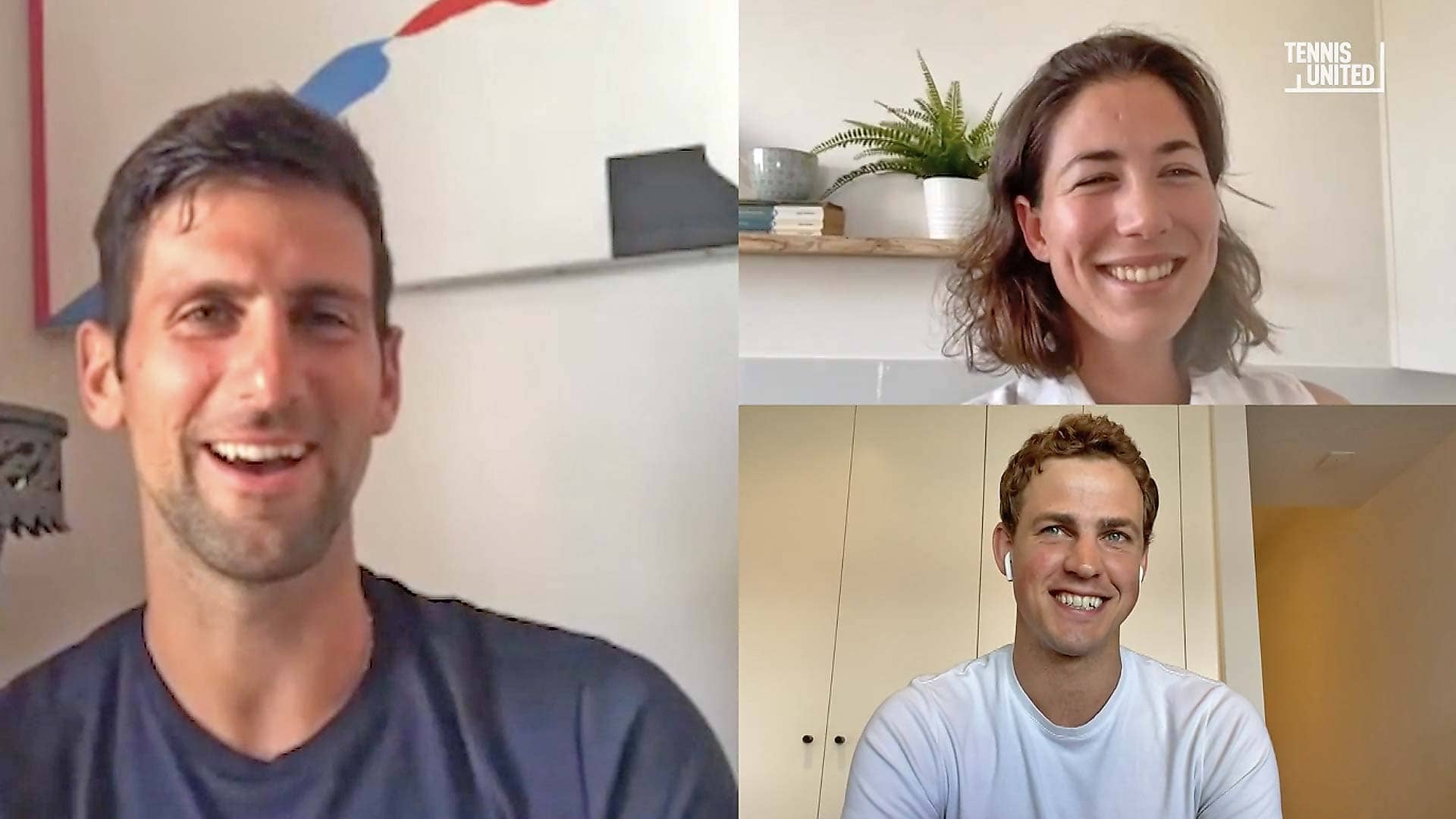 Tennis United’s eighth episode is a special one, as Novak Djokovic and Garbine Muguruza, both of whom have reached World No. 1 in singles, join the show. The episode premiered Friday on the ATP Tour’s Facebook page.

Djokovic and Muguruza discussed their breakfast routines with co-host Vasek Pospisil as Muguruza prepared a Spanish omelette live mid-interview. Djokovic spoke about his plant-based diet, which he has followed for five years.

“I grew up on the opposite side of the spectrum,” Djokovic said. “I was eating meat three times a day every day, so I changed that. I like it the way it is [now].”

After Pospisil and co-host Bethanie Mattek-Sands looked at the social clips of the week, Djokovic and Muguruza rejoined the show to reflect on their “firsts”. The Serbian revealed that he cried multiple times at his first tournament.

“The first tournament I ever played in my life, the first competition I had officially, I was eight, I won [the] first match ever, [an] 8-8 tie-break, 10/8,” Djokovic recalled. “I was really obviously filled with joy and everything, but I was very exhausted. My mom was there. She hugged me, and when she hugged me, I started crying.”

Djokovic remembered that he lost his next match 0-9 against good friend Viktor Troicki, and he shed tears again. Muguruza revealed that when she was six, she won her first tournament in Venezuela.

Also on this episode, Mattek-Sands caught up with former doubles World No. 1 Sania Mirza.

Goffin, Carreno Busta Lead Title Charge In Antwerp; All You Need To Know

South Africa Today Sport - October 19, 2020
We use cookies to ensure that we give you the best experience on our website. If you continue to use this site we will assume that you are happy with it.OkRead more