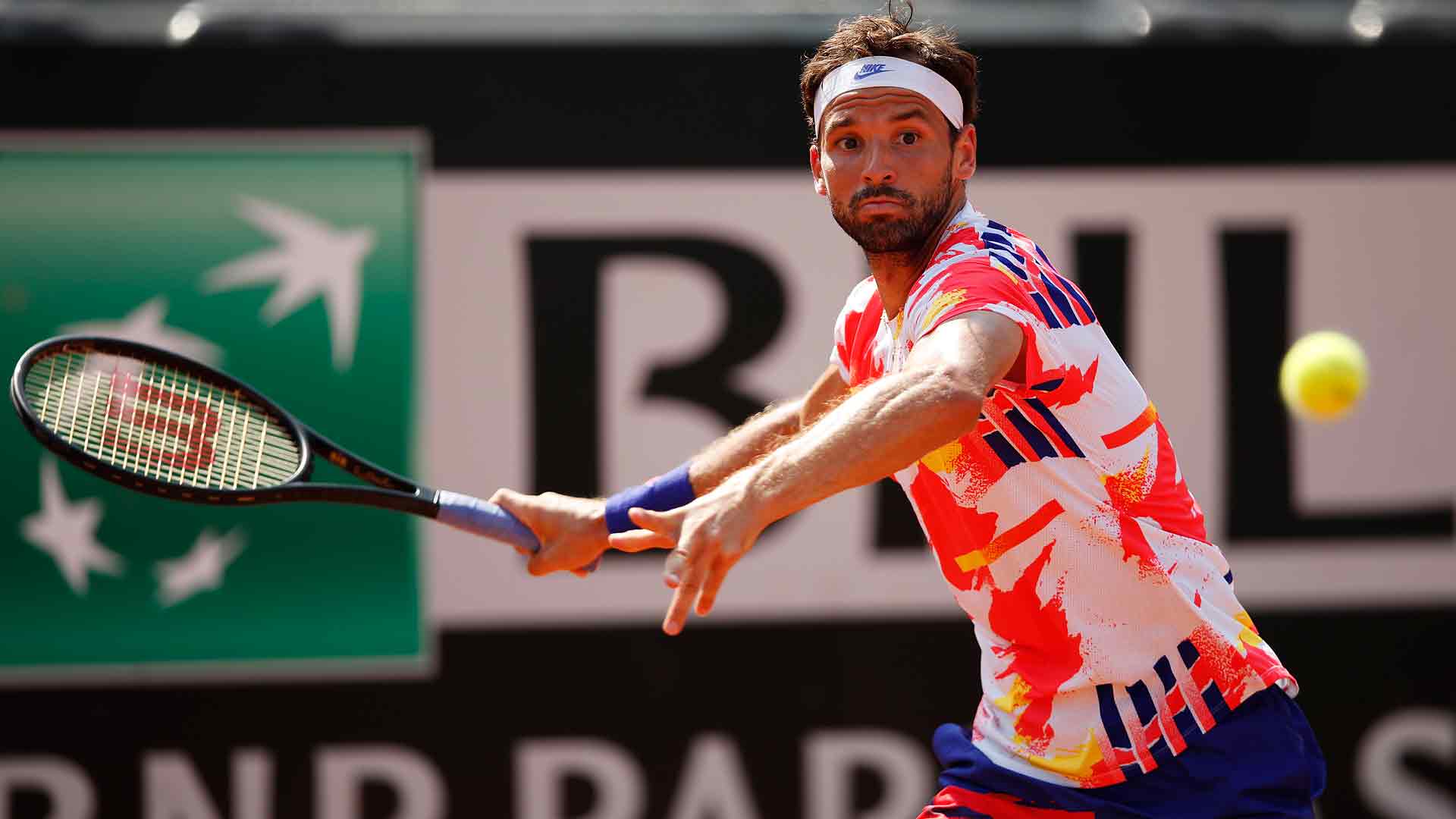 Grigor Dimitrov denied Italy a second quarter-finalist at the Internazionali BNL d’Italia on Friday, just minutes after Matteo Berrettini extended his run at the Foro Italico.

Dimitrov, the No. 15 seed and 2014 semi-finalist, battled hard to beat Italian wild card Jannik Sinner 4-6, 6-4, 6-4 in two hours and 25 minutes on Grand Stand Arena. He will now prepare to challenge No. 12 seed Denis Shapovalov or Ugo Humbert on Saturday.

Dimitrov hit 19 winners for his ninth match win of 2020, while 39 of Sinner’s 65 unforced errors came off his forehand wing. “It’s a tough loss obviously, today,” said Sinner. “I hope I can take out as many positive things as possible. I think [on] some points, I have been a little bit unfortunate.”

Sinner made a fast start, breaking Dimitrov in the first game to love when the Bulgarian mishit a backhand wide. The Italian saved three break points in the next game and when he served for the 45-minute set at 5-4, Sinner recovered from 0/30 with four straight points, ending with Dimitrov slicing a backhand long.

Things went bad to worse for Dimitrov, when he lost his first service game of the second set, but he was able to bounce back immediately. At 4-5, when Sinner led 30/15, the 2019 Next Gen ATP Finals champion had Dimitrov deep behind the baseline, but a poor forehand volley let Dimitrov strike back a backhand crosscourt winner. Two consecutive forehand errors from Sinner handed Dimitrov the second set.

Dimitrov hung tough in the decider and broke to love for a 3-1 lead when Sinner hit a backhand wide. The drama wasn’t over, as Dimitrov got broken when serving at 5-3. However, in the next game, Dimitrov finally converted his fifth match point after Sinner hit a bounce smash into the net.