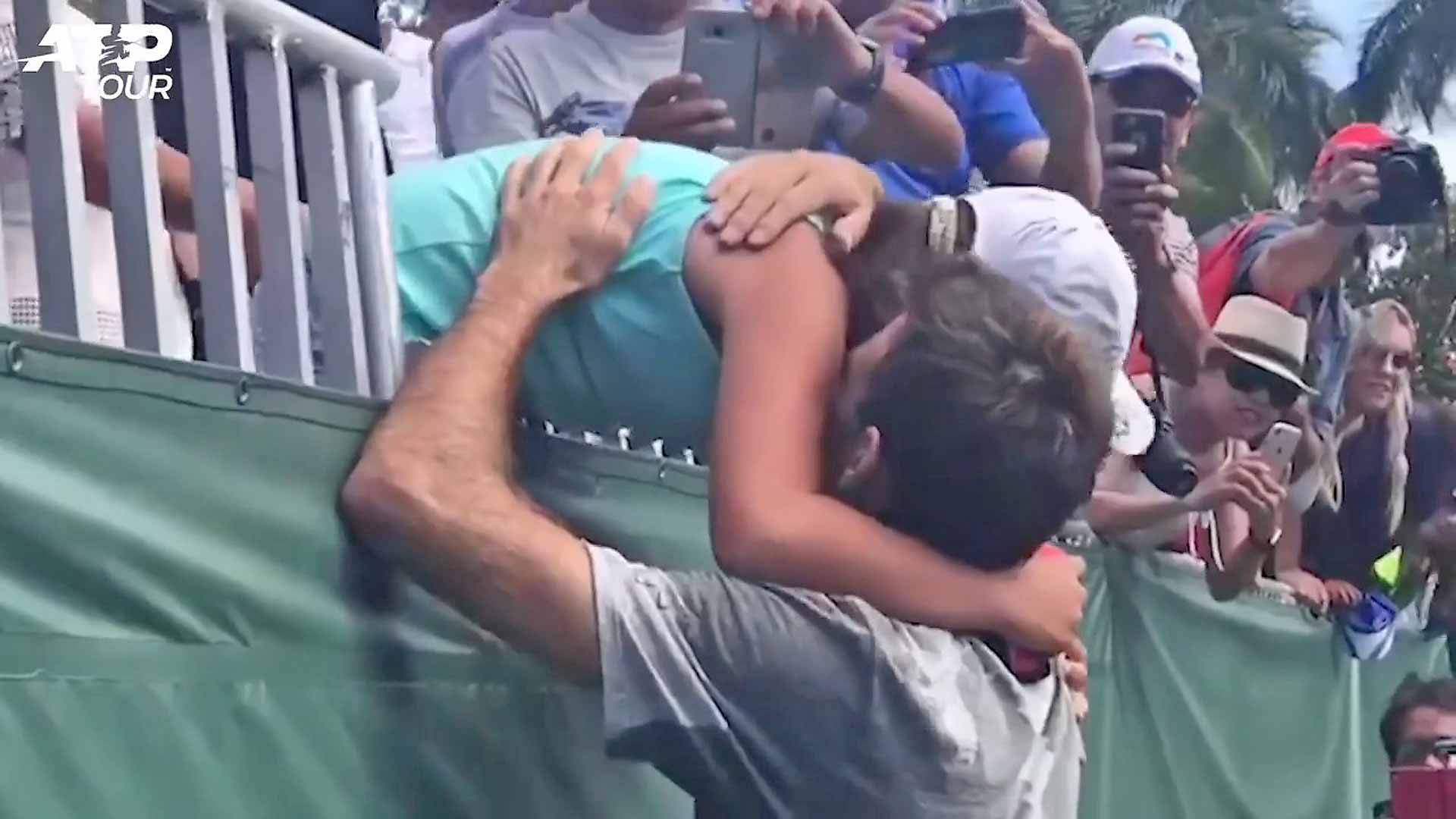 Juan Martin del Potro has long been a fan favourite on the ATP Tour. Two years ago in Miami, the Argentine showed why.

A young fan was crying at the end of one of his practices at Crandon Park, so the ‘Tower of Tandil’ jogged over and gave her a hug and a wristband.

The moment left an impact on Del Potro, who tweeted: “When they leave you speechless.”

It wasn’t the first time Del Potro enjoyed a special interaction with one of his fans. Just weeks earlier, he met a boy wearing a Thor outfit. Del Potro has been called Juan Martin Del thortro because of his thunderous forehand.

“I spend a lot of time with the fans during my practice sessions, and then off court I meet them every time,” Del Potro said at 2018 Miami. “I also walk around the streets [in Miami] every day. I like to go to the supermarket and I meet fans there, too.”

ATP Uncovered presented by Peugeot recently commemorated some fun moments between players and fans, including Del Potro’s Miami hug. At the 20117 Rolex Shanghai Masters, a young fan was so entranced by Roger Federer’s groundstrokes that he began shadowing the Swiss’ strokes in the stands.

“I think the fan support I’m getting this year is maybe even the best I have seen so far,” Federer said at the time.

Last year, Nick Kyrgios used the crowd to his advantage, asking fans throughout the week where to serve. The Aussie ended up winning the Citi Open title.

“I feel like it’s very easy when someone just tells you where to serve,” Kyrgios said. “I feel like you just go all in on that spot and try to hit the spot. That’s all you’re focussing on.”