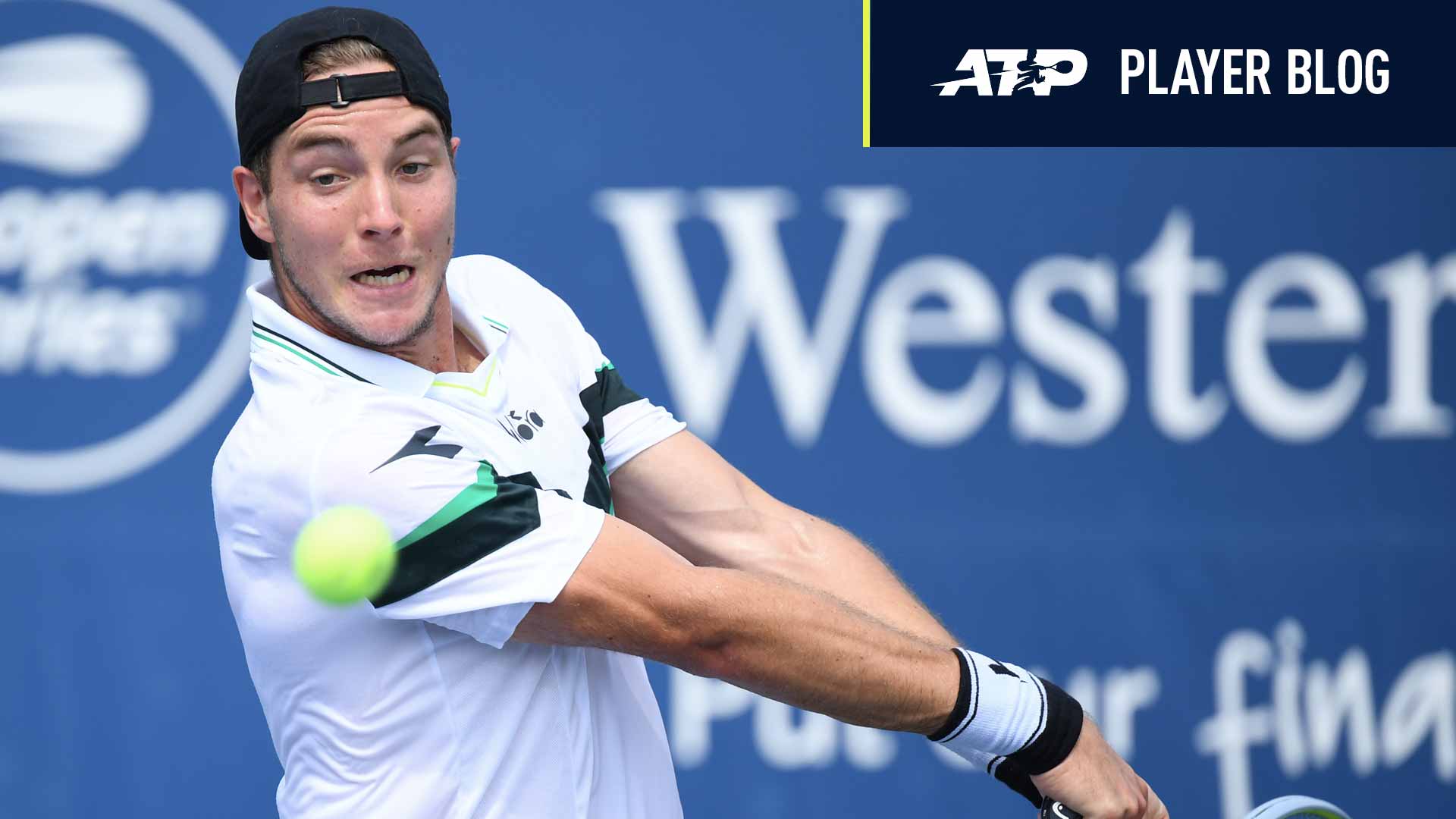 I hope everyone has been enjoying the tennis so far at the Western & Southern Open! I’m very pleased that tennis is back and I wanted to bring you behind the scenes and tell you what a day is like for me in New York.

I was very happy to get a three-set win in the second round against Denis Shapovalov yesterday. The day started many hours earlier with something important… breakfast!

I always order some breakfast from room service. I don’t go downstairs here, instead eating by myself in my room. Normally I enjoy breakfast with friends, but it’s obviously a different situation. I’ve been staying alone with my team, and we all eat breakfast separately.

I always speak with my girlfriend and my young son in the morning. Sometimes I have very bad luck, because my little one has nap time in the afternoon. From when I wake up until I leave, he is sleeping most of the time. If I play early in the day, I’m not happy because I cannot see him sometimes. Then I’m practising and it’s tough to see him on FaceTime because he has a nap.

I was talking to my girlfriend for 25 minutes yesterday morning and then the little one woke up and I had almost 10 more minutes with him, which was great. It was like I ate my breakfast with them, which was quite nice. My little son had lunch at the same time, so it was very funny.

Then I took a shuttle to the USTA Billie Jean King National Tennis Center with my team at 9 a.m. That is where things started to get a bit different. Since there are no fans this year, players who will be seeded in the US Open — the Western & Southern Open is at the same venue because of the pandemic — were provided with a private suite inside Arthur Ashe Stadium. That is where I go right away in the morning. I’m very happy about having that space, because I have time to be alone there and relax and talk to my coach ahead of the day’s match.

After we arrived we went to warm up with Karen Khachanov from 10:30-11 a.m. Then I went to the locker room to shower and got both of my ankles taped before having some lunch. Since the match between Felix Auger-Aliassime and Tennys Sandgren went a bit long, I ordered one more rice portion. Then I warmed up outside by the gym and was ready for the match.

In a normal year here I would have eaten something upstairs in the player’s restaurant. Sometimes hanging out in the locker room after that to watch some matches is nice, and if there’s a great battle going on the atmosphere is amazing. It could be tough to get your focus, but you get used to it. This year it’s not that busy because we have a restriction for how many players are allowed in the locker room. Normally you have to try to look for a spot where you can relax, put your music on and get ready. Sometimes I’ll talk with friends as I prepare my racquets and drinks.

It’s quite a bit different, but in general the habits before the match are not changing. Yesterday I stayed in the suite and watched some matches. I have two TVs so I can watch different matches, which I really like. It’s good because it’s a bit quieter and you can stay alone with your team before the match. I watched a bit of Daniel Evans against Milos Raonic, Daniil Medvedev playing Marcos Giron and a bit of Felix, too.

In my first match against Alex de Minaur, since there weren’t many people by the court, I was able to recognise some of the players in the stands. I think Dennis Novak and Kevin Krawietz were among the guys there. But for us, it’s much better to play with fans for sure.

It was a bit weird not having fans when I played against Denis. There was still a lot of energy from both of us, though. We both wanted to win and we both gave everything we had. I still enjoyed the battle. With fans it would have been even better, but I was happy to win 7-6(4), 3-6, 6-4.

Another thing that is different is that after the match, we put our masks on and go straight back. There are no autographs to sign or pictures to take. I remember trying to get autographs when I was a kid. Pictures were impossible at that point because we didn’t have smart phones! It’s not always possible to make everyone happy, but I like to give autographs and take pictures because I remember how much it meant to me and how happy I felt when I was able to get an autograph from one of my favourite tennis players.

After the match we did some cooling down like showering, stretching and speaking with the media. Then I called my girlfriend, but we only had five minutes to talk because she was going to sleep soon. It was already close to midnight back home!

I got on the shuttle back to the hotel around 7:30 p.m. It was a tough match, so even in normal times I probably wouldn’t go too far from the hotel. I might have even brought some food back with me or ordered something from a delivery service so I wouldn’t have to move that much. I’d prefer to relax with some friends or go very, very close to the hotel to have some dinner.

Where I am staying there is space for us where we’re allowed to sit outside, which is a pretty nice place for us to have some food. I always go with one person to have dinner with them, but we keep distance between us for safety. This is the situation now and that’s okay, we have to deal with it.

After that I just relaxed a bit and watched some of the NBA playoffs. The Los Angeles Lakers were playing against the Portland Trailblazers. It was perfect. I wasn’t able to watch the whole thing because it was getting too late, but it was great to at least watch some of it. I love sports. Seeing the Champions League final on Sunday was great.

It’s a very different time right now, but I’m really happy tennis is back. I just want to thank everyone who is making it possible. I hope fans are able to enjoy watching it on TV. I think they all miss tennis, and I’ll be very happy when we’re able to see them in the stands again. I don’t know when that will happen, but I’m looking forward to it. I hope everyone enjoys my match today against David Goffin. Wish me luck! 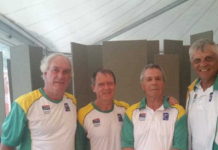