When France inflicted a 7-1 thrashing on Ukraine in a friendly on Wednesday, Didier Deschamps set a new record for the longest time spent at the helm of Les Bleus. Michel Hidalgo was the previous longest-serving manager with a total of 3,014 days (eight years and three months) between 27 March 1976 and 27 June 1984. Deschamps has now gone past that number, having taken over from Laurent Blanc on 8 July 2012, and who knows how many more years he will be in charge of the team?

With France preparing to take on Portugal (11 October) and Croatia (14 October) in the UEFA Nations League, FIFA.com takes a closer look at the secrets of the French coach’s longevity, just a few days ahead of his 52nd birthday on 15 October.

In his playing days, the captain’s armband was part of the kit for ‘DD’, who hails from the Basque region of France. His first club, Nantes, gave him the honour when he was still a teenager, and the tireless defensive midfielder was captain when he got to lift such trophies as the UEFA Champions League with Marseille in 1993, the FIFA World Cup™ in 1998 and UEFA EURO 2000. When he turned to coaching, he transferred those leadership qualities from the pitch to the bench, and at Russia 2018, he became the third man to win the World Cup as a player and a coach, after Brazil’s Mario Zagallo and Germany’s Franz Beckenbauer. 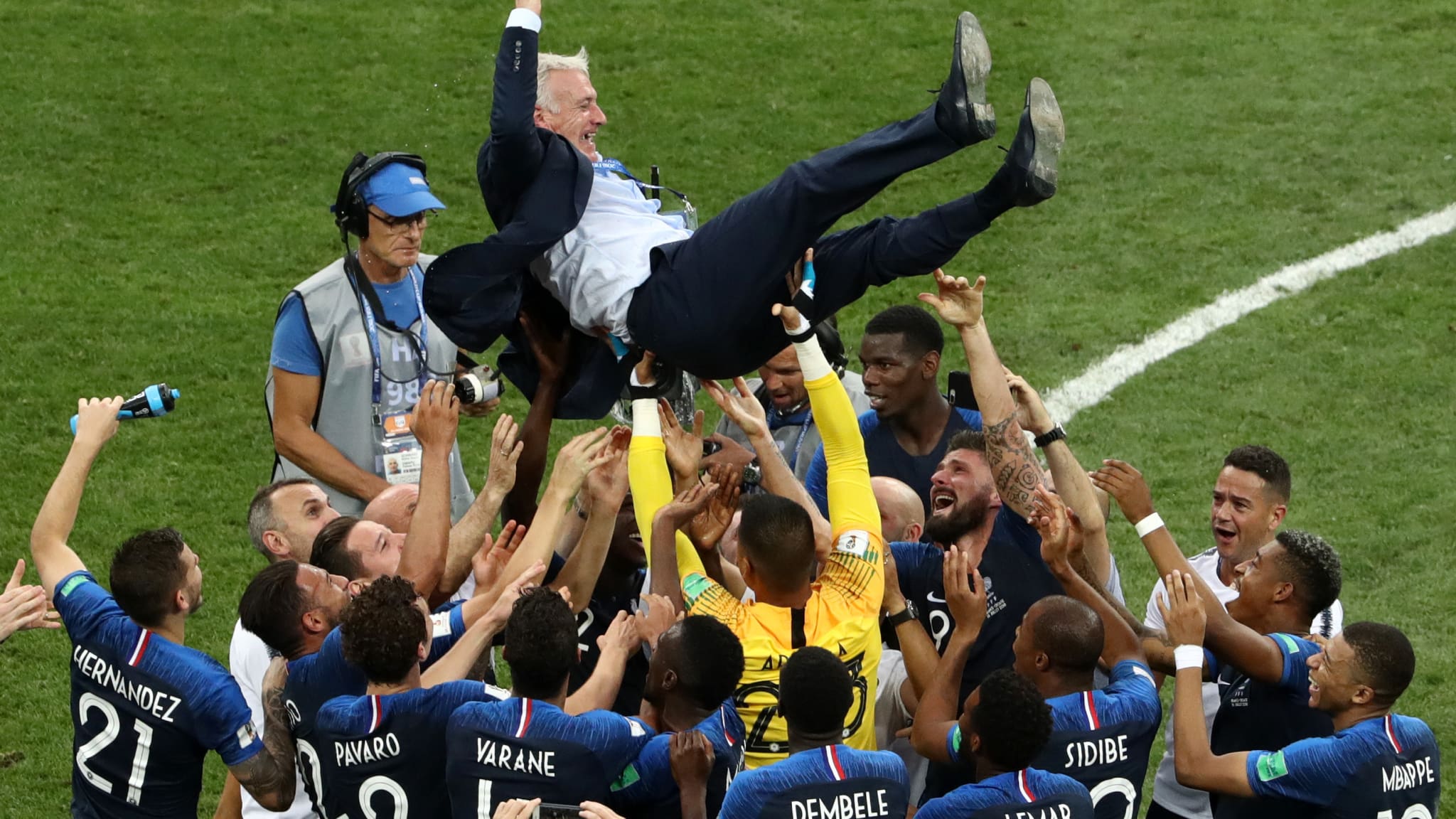 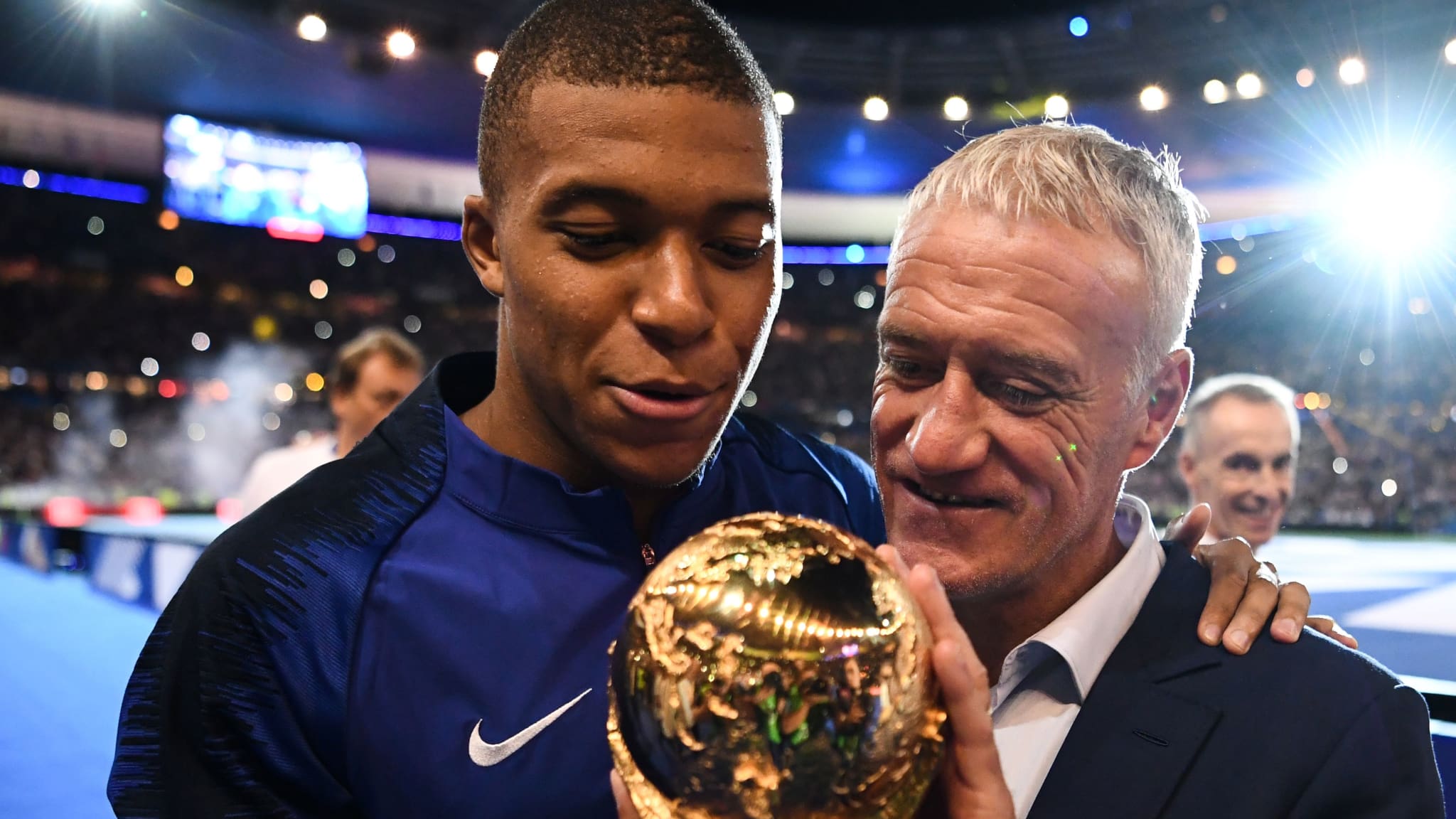 Looking to the future

“He uses his experience but he doesn’t talk about his time as a player,” said assistant coach Guy Stephan to FIFA.com ahead of Deschamps being voted The Best FIFA Men’s Coach in 2018. “He never says: ‘back in 98, I did such and such’. He lives in the present and that was the key to his success in 1998 just as it was 20 years later. What did help us though was losing at EURO 2016. It meant that we were better prepared for the Final in Russia and a lot calmer. Didier has really come of age. He’s still young and has plenty of years ahead of him as a coach. He’s a manager with a lot of knowledge.”

While he shows faith in his established players when they are struggling for form with their clubs, Deschamps is very much a pragmatist and maintains a high level of competition within the group. New players are often brought in and he has no hesitation in giving them game time, as was the case in Russia when Benjamin Pavard and Lucas Hernandez were thrown into the starting line-up on the right and left side of defence respectively, despite no previous experience at that level.

“He can be tough at times, he can be demanding but the way he manages people and the way he talks to them has meant that everyone’s still happy with him, which is unique when it comes to France. The most difficult aspect of working at the highest level is that you have to maintain your distance, and he does that. How does he do that? By demanding a lot of the players, the coaching staff and of himself. And because he’s a winner,” said Guy Stephan in an interview with AFP last year.

Is the best yet to come?

Deschamps chose to stay on after victory at Russia 2018, but history has rarely been kind to those who have tried for back-to-back wins or repeat exploits. Hidalgo retired after EURO 1984, as did Jacquet after France 1998, while Lemerre (who won EURO 2000) and Domenech (finalist at Germany 2006) came unstuck after carrying on in the job. If Deschamps were to win EURO 2020 or Qatar 2022, it would be an unprecedented feat.

Eto’o: Qatar 2022 will be a special experience for football fans

Milestones continue to be reached at Qatar 2022 stadium sites

Tshabalala: My 2010 goal will be special forever

Which site can offer livescore football for free?

South Africa Today Sport - November 23, 2020
We use cookies to ensure that we give you the best experience on our website. If you continue to use this site we will assume that you are happy with it.OkRead more