Ecuador are set to begin their campaign to reach the FIFA World Cup Qatar 2022™ with a major test this evening. First up for La Tri is a trip to Buenos Aires to face the might of Argentina, but for some of the youngest members of the visitors’ squad, this early qualifying challenge should bring back positive memories.

Gustavo Alfaro has called up five players aged between 20 and 21 for this mouth-watering fixture: Jordy Alcivar, Leonardo Campana, Jose Cifuentes, Gonzalo Plata and Diego Palacios. Last year, all five took part in Ecuador’s victory against La Albiceleste in the opening game of the final stage at the 2019 CONMEBOL South American U-20 Championship, a marker of their potential as they went to claim a historic first title.

Ecuador’s talented young team were not finished there, either. Having booked a spot at the FIFA U-20 World Cup Poland 2019, and propelled by the same gifted quintet of players, La Tri took third place at the finals, a landmark first for any Ecuador side in a FIFA tournament.

As they gear up to tackle Argentina once again, FIFA.com shines a spotlight on the five exciting Ecuador prospects now looking to reach new heights in the game.

A tireless holding midfielder who stands just 5’6 tall, Alcivar featured in all but one of Ecuador’s games at Poland 2019, missing their 1-0 semi-final defeat by Korea Republic. Since then, he has become a midfield regular for Liga de Quito, helping the club closest to his heart win the Ecuadorian Super Cup this year. Alcivar’s excellent performances have now earned him a berth in Gustavo Alfaro’s senior national set-up and he awaits his maiden cap. 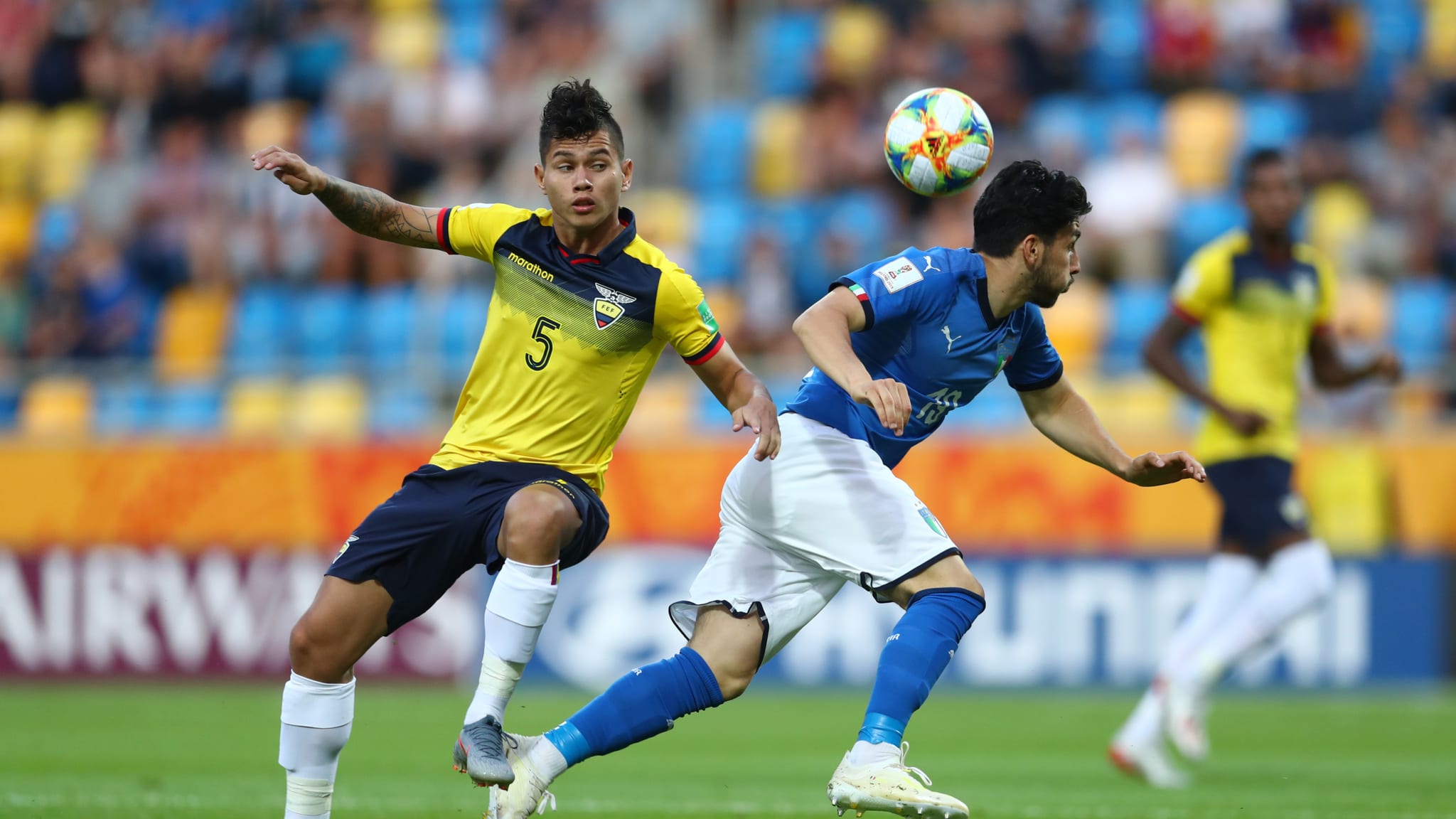 The same height as Alcivar, Palacios also played a similarly important role in Ecuador’s journey to continental glory and World Cup bronze. Indeed, the left-back appeared in every game at both tournaments, impressing with his solidity and consistency as part of an Ecuador defence that never conceded more than one goal at Poland 2019.

In the club realm, Palacios left Dutch side Willem II shortly after the U-20 World Cup, joining Los Angeles FC in the USA and contesting 15 Major League Soccer (MLS) games this year along with a pair of Concacaf Champions League fixtures. That experience has opened the doors to Ecuardor’s senior team and Palacios, nicknamed Chiqui, has already picked up five caps.

A team-mate of Palacios at LAFC, Cifuentes has enjoyed less playing time than his colleague for both club (eight games in 2020, one goal) and country (three caps), but he is no less talented. The creative, attacking midfielder has overcome adversity along the way too, and needed a strong character to carve out a place in the game.

“When I was 13, they told me I didn’t have the right build to become a footballer,” he explained to FIFA.com during the 2019 U-20 World Cup, where his displays turned plenty of heads. “I remained focused and just pursued my studies, knowing my time would come.” 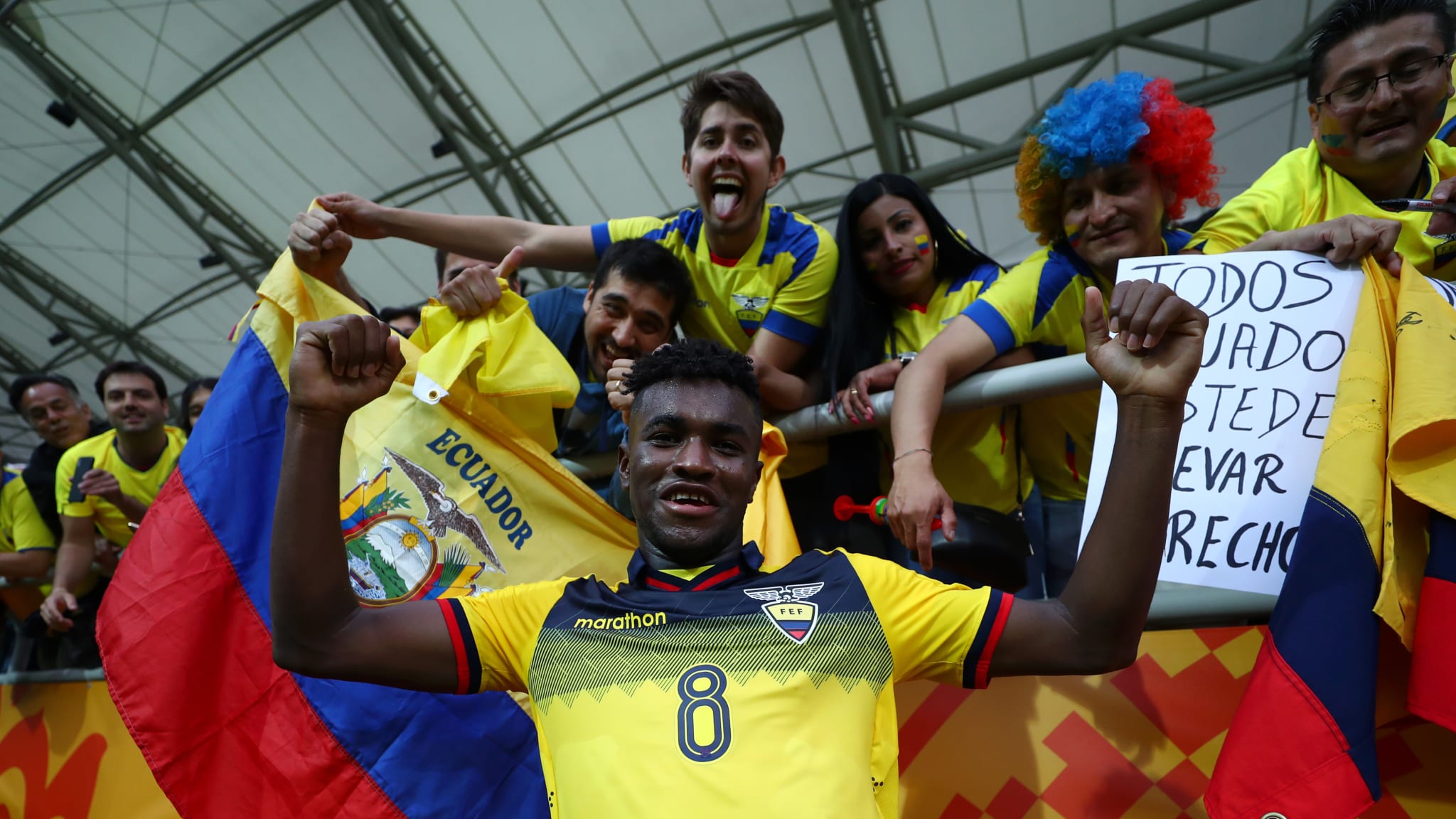 Scorer of two goals at Poland 2019 and a spectacular dribbler during the finals, Plata left the tournament with the adidas Bronze Ball to go with the bronze medal around his neck. Fresh from his sublime performances on the world stage, the explosive winger left Independiente del Valle for Sporting CP and quickly showed his worth in the Portuguese top flight and UEFA Europa League.

Clearly progressing at a staggering rate, Plata was quickly integrated into Ecuador’s senior team. He made his debut in September 2019 and has now racked up four appearances and a goal, scored on his very first outing in a 3-0 friendly victory against Bolivia.

Top scorer at the 2019 South American U-20 Championship with six strikes, Campana enjoyed less success in front of goal on Polish soil. Much like Olivier Giroud, who did not register during France’s FIFA World Cup™ triumph in 2018, the Ecuador forward made more of a contribution with his talent and passing ability in dangerous areas.

“He’s a different kind of forward,” explained his coach, Jorge Celico. “With his technique and ball handling, he could play as an attacking midfielder or on the wing. He possesses the ability to adapt to any kind of game.” Campana now intends to prove that in the senior team, having been capped four times, and also for Famalicao of the Portuguese top flight, who he joined on loan from Premier League side Wolverhampton Wanderers. 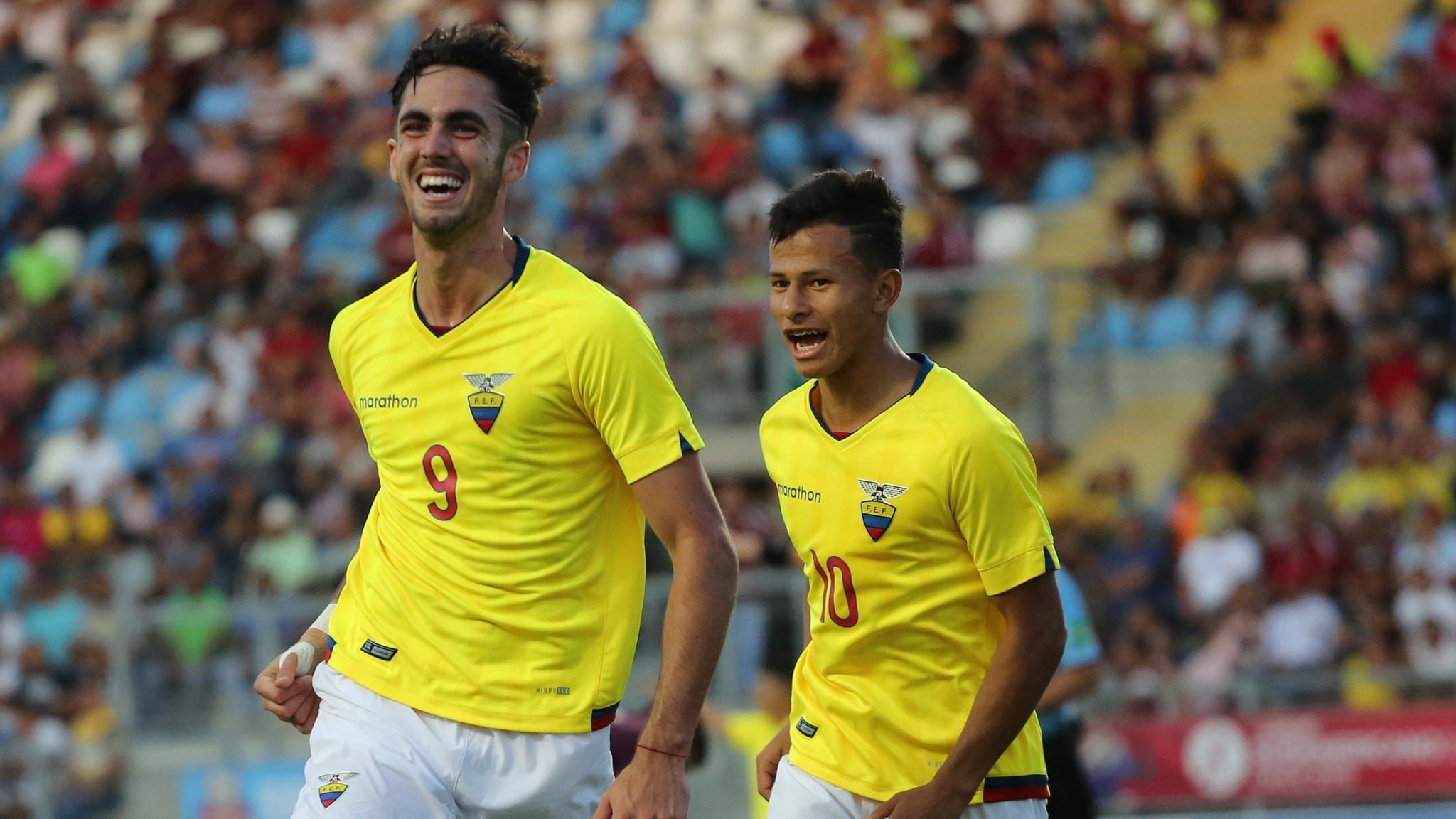