Santi Cazorla wrote his name large in Spain’s football history. He was a member of a golden generation that dominated world football for years, earning La Roja one FIFA World Cup™ and two UEFA European Championships.

Now 35, Cazorla made his senior Spain debut in 2008 and has proved over the years that he is a midfielder of unique qualities. His nickname, El Mago (the Magician), is testament to his laser-like passes, sumptuous dribbling skills and two-footed shooting.

Despite some long and serious injuries, Cazorla’s playing career has still endured. After impressing at his former club Villarreal, which he rejoined in 2018, he caught the attention of Qatar’s Al Sadd and their coach Xavi, who convinced him to move to the country that is set to host the FIFA World Cup in two years’ time.

Four months after touching down in Doha, FIFA.com spoke with the Spaniard about his move to Qatar, his time with La Roja, his experience with Luis Aragones and Vicente del Bosque, and his opinion of Xavi, the Qatari league and Al Sadd.

FIFA.com: Can you tell us about your decision to move to Qatar and play for Al Sadd?
Santi Cazorla: It’s an exciting experience to move with your family to a new country. In fact, I spoke with Xavi several times about Qatar and Al Sadd, and he encouraged me do what he did by joining the club. He stressed how strong the competition is. Al Sadd play very good football and always target local and continental titles. I’ve come here to do my best and help the club win titles. I’m happy in Qatar and think it’s the best place to end my career.

You started well with a league title this year and scored your first official goals in one of the FIFA World Cup Qatar 2022™ stadiums. How did that feel?
It felt great to score in one of the Qatar 2022 stadiums. I think I’ll remember that forever. We won that match comfortably, and I got two goals and made a good impression by giving my all for the team. Thanks to my team-mates, I was able to adapt well from the beginning. It was a good start to win the Qatari Stars Cup.

But luck wasn’t on your side in the 2020 AFC Champions League?
Our goal was to reach the final, particularly as the games were being hosted in Doha. However, the fact that we played successive games in such a short period made it difficult for all of us. I think we did well in the group stage, and the Persepolis game was very close. We created many chances but unfortunately didn’t capitalise on them and ultimately lost due to a lapse in concentration on that corner kick.

Looking back, we’re still frustrated by the result, but it’s forcing us to improve. We’ve made the Emir Cup final, and we’re top of the Qatar Stars League. We need to maintain this momentum and try again for the AFC Champions League in 2021.

You’re currently playing under your friend and former team-mate Xavi. What can you tell us about him as a player and a coach?
Xavi is a great player and the whole world saw what he did with Barcelona and the national team. He’s one of the best midfielders in history, and he proved this with his great performances and the titles he won. It’s great to play under his management at Al Sadd. He’s doing a great job with the club and has big ambitions, and I think everyone appreciates what he does.

How do you see his coaching future, given that many people would love to see him in charge at the Camp Nou, like Pep Guardiola did before?
Without a doubt, Xavi is a great coach. I deal with him on a daily basis, and the many leadership qualities he had as a player he now has as a coach. He’s making great strides as a coach and brings his own philosophy. I think he’ll be Barcelona coach one day, but that’s his decision and he’ll know when it’s the right time to take that step.

Even though he’s a graduate of La Masia like [Pep] Guardiola, that doesn’t mean he’ll be a copy of him. He has a different coaching style and a lot of tactical ideas, so I’m sure he’ll be a great coach. We all need to wait and see. 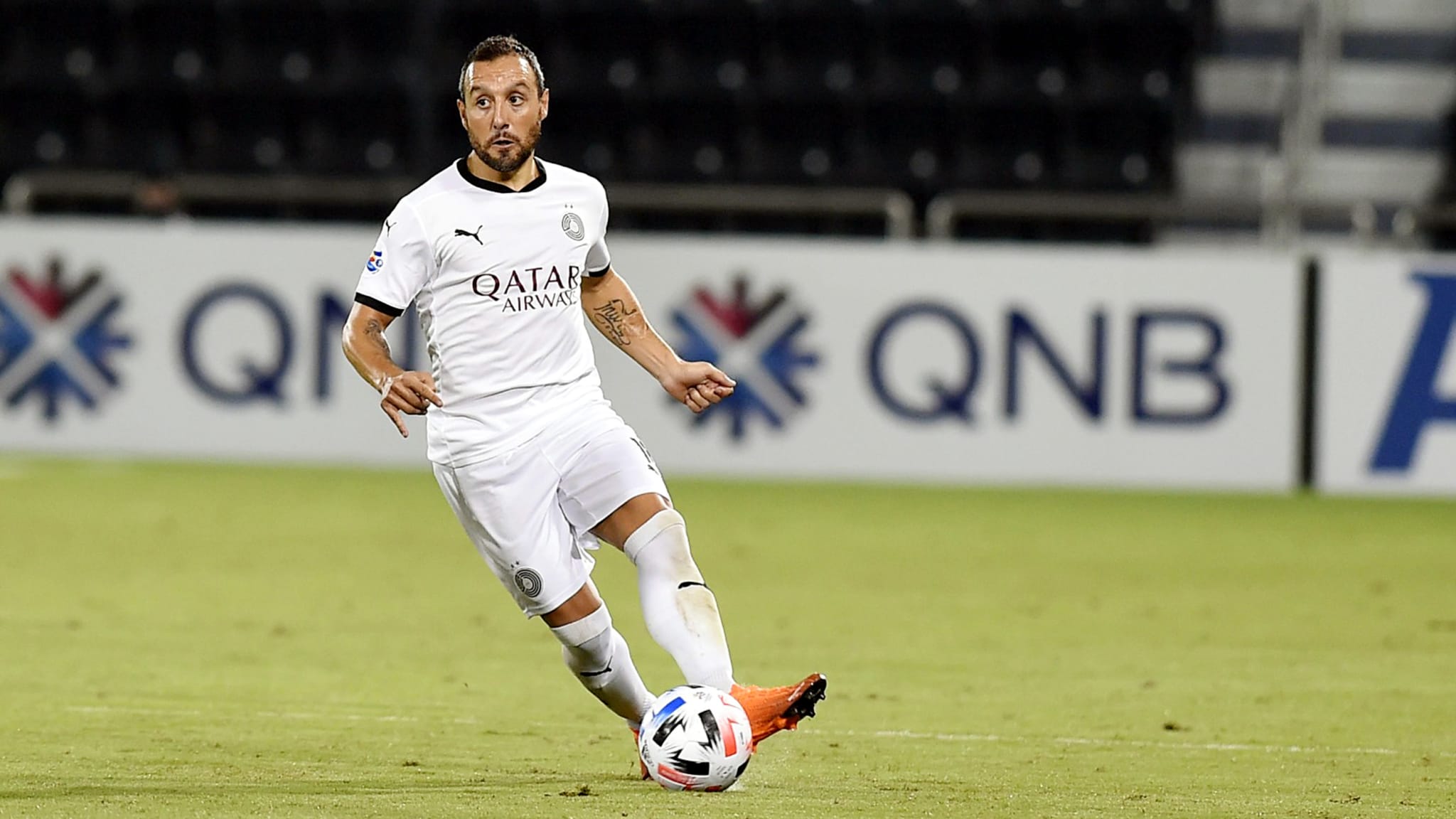 Take us back to when Luis Aragones first called you up to the national team ahead of EURO 2008?
I owe him a lot. This late great coach gave a lot to Spanish football and provided many players the opportunity to shine and make it all the way to the top. I remember getting this call-up before EURO 2008. As a young player, it felt great to get this huge opportunity.

Spain won the title and you played your part in it.
It was amazing. I played alongside Xavi, David Silva, Iniesta and others. I learned a lot from them, and they supported me during our training camp and in preparing for matches. I remember that difficult game in the quarter-finals (against Italy). I came on in the second half for Iniesta and the match went to penalties. I was nominated to take the second penalty. The pressure was immense, but the motivation I got from my team-mates helped me convert it.

How did it feel to play in the final and win the title?
A final is never over until it’s over, especially when it’s against Germany. We had to maintain our concentration from beginning to end and tried to control the game. We ultimately achieved that. We could’ve scored more goals but were happy to win a major title after a 44-year drought.

While it’s usually harder stay on the top, things seemed easier four years later at EURO 2012.
That’s true! Despite having several strong contenders, this tournament was much easier. We dominated all our matches, and in the final against Italy we scored four goals quite easily. I think we were much better than all our opponents.

Do you think that win compensated for your missing out on the 2010 World Cup?
The World Cup is the most prestigious tournament a player can ever be part of. Unfortunately, an injury meant I couldn’t join my team-mates on their way to winning that tournament. But I was definitely happy with what they achieved there. A year earlier, we came third at the 2009 Confederations Cup [in South Africa] and perhaps that gave us the impetus to go back and win the World Cup title.

Four years later, you got a chance to play at Brazil 2014.
It wasn’t the appearance that I’d hoped for. It was a shock for everyone that we exited at the group stage. However, that’s football. Sometimes luck isn’t on your side when you need it. Despite that, I’d like to thank coach Vicente del Bosque for giving me this opportunity. He’s a great coach who helped La Roja win everything during this golden era. He’s a man who influenced so many players.

With two years left until Qatar 2022, how do you see the preparations in the host country?
We’re all excited here. I’ve been really amazed by the preparations in Qatar. They seem to be ready to host one of the best finals in history. I’ve played in some of the World Cup stadiums, and they’re really impressive with their designs and pitches. I think all the visiting players and fans will experience a fantastic atmosphere in two years’ time.

What’s your opinion on the new-look Spanish team that’s being shaped right now?
It’s great that the team is being built this way. We now have so many promising young players who’re doing very well given their actual experiences. I think Luis Enrique is on the right track, and we should give them the time needed to develop and gain the necessary experience so that they can come to the World Cup ready to compete again for the title.