Brazil edged Venezuela thanks to a Roberto Firmino goal, which saw them remain as the only team in South America with a perfect record after three matches in FIFA World Cup Qatar 2022™ qualifying, while Uruguay and Chile both put up a valuable three points on the board after wins over Colombia and Peru respectively.

Venezuela put in a valiant performance in Sao Paulo but ultimately came up empty handed as Firmino capitalised on La Vinotinto‘s failure to clear a cross following superb build-up play by Tite’s men and stabbed home from close range. Brazil’s 100-per-cent record remained in tact, while Venezuela join Bolivia as the only two teams left in the region still in search of their first points.

Earlier in the day, Uruguay bounced back from their defeat by Ecuador last time out and dispatched of Colombia with a convincing 3-0 win thanks to goals from Edinson Cavani, Luis Suarez and Darwin Nunez to give Oscar Tabarez his 100th win as Uruguay head coach. Arturo Vidal scored a first-half brace – the first a wonder goal from outside the penalty box hit into the top corner – and led Chile to a 2-0 victory over Peru in Santiago which saw them record their first win of the campaign.

Relive how another exhilarating day of World Cup qualifying in South America unfolded.

Edinson Cavani and Luis Suarez were both on target as Uruguay won 3-0 in Colombia to storm on to six points from a possible nine in FIFA World Cup Qatar 2022™ qualifying. Los Cafeteros have four points from three games after their heaviest home defeat to La Celeste in the World Cup preliminaries.

Cavani was heavily involved from the outset, and just five minutes in he got his reward with his 51st international goal, becoming just the seventh South American to surpass 50 international goals (see full chart below). Nahitan Nandez did brilliantly to rob possession and tee up the Manchester United man, who finished assuredly.

Colombia, and James Rodriguez, responded positively. The Everton man unleashed a shot from distance that went just wide. Cavani almost doubled Uruguay’s lead from a David Ospina parry, but the Colombia goalkeeper made a fine save.

Rodriguez then did well to feed Johan Mojica, whose cross was almost turned into his own net by Lucas Torreira, but Uruguay survived.

Colombia were quickly into their rhythm in the second half, and Duvan Zapata came close to heading home a Juan Cuadrado cross. However, moments later Luiz Suarez won and scored a penalty, sending Ospina the wrong way, to put Uruguay 2-0 up.

Los Cafeteros dominated possession thereafter, but struggled to break down a defence led by Diego Godin and after 73 minutes, Uruguay put the result out of sight. Darwin Nunez received the ball from Torreira and buried it in the bottom corner from outside the box.

Uruguay, with one eye on Brazil on Tuesday, withdrew Suarez and then Cavani, and in injury time Yerry Mina was sent off for a second yellow card.

The game quickly swung from end to end. Arturo Vidal’s volley following a right-wing free-kick was blocked when it was heading for goal.

Nobody was stopping his next effort. From almost 30 yards, the veteran midfielder found the top corner with a stunning strike to put Chile ahead. Eleven minutes before half-time, Vidal doubled the hosts’ lead with an opportunistic goal.

On the stroke of half-time, Andre Carillo slipped Raul Ruidiaz through on goal, but Claudio Bravo made a superb save with his leg to keep the two-goal lead intact.

Bravo then made a fine save from Lapadula ten minutes into the second half and ultimately saw Chile through to record their first victory of their Qatar 2022 qualifying campaign.

It was a real David and Goliath scenario in Sao Paulo as the most decorated World Cup winners took on the only South American nation yet to qualify for the world finals. Richarlison, Roberto Firmino and Gabriel Jesus led the line for Tite.

The Everton star missed a sitter midway through the first half, a chance that was created by his team-mate who represents the red half of Merseyside, Firmino. The sides went into the dressing rooms at half-time goalless.

It would be the Liverpool man, Firmino, who ultimately found the breakthrough goal for Brazil, finishing off a brilliant team move with a close-range finish after Venezuela failed to clear their lines.

Brazil make it three wins from three and are the only team in the region to star the Qatar 2022 qualifying campaign with three wins. 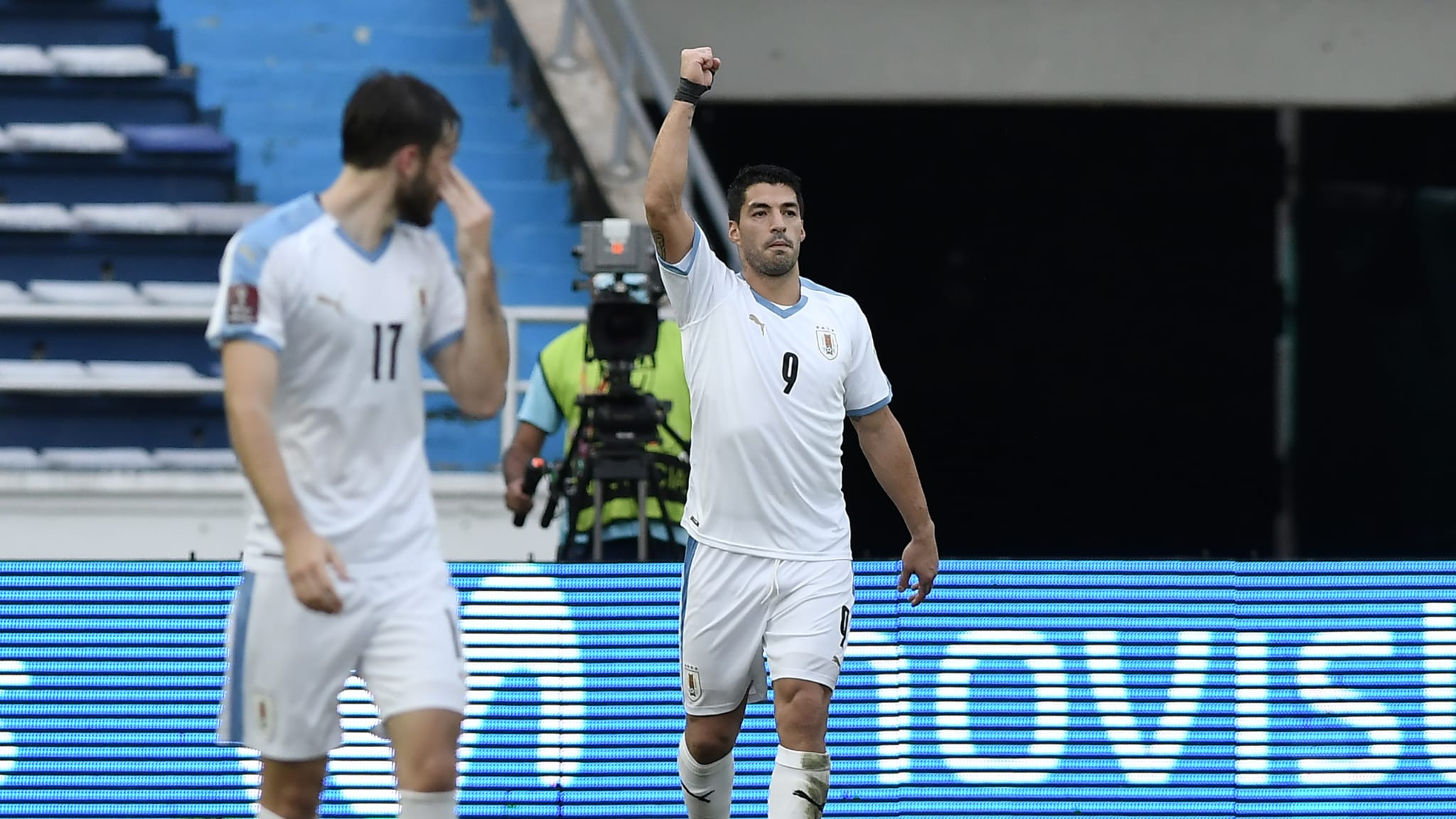 “So, so, so, so much. Much more than you can imagine. I’ve won the Champions League, the FIFA Club World Cup, the Premier League. [The World Cup] is what’s missing for me.”
Firmino to FIFA.com on how much he wants to win Qatar 2022

“I know we’re going to qualify, I’m absolutely certain. I say that from the heart, just as I said it after the opening game of the previous qualifiers.”
Renato Tapia to FIFA.com

“It’s my trademark! Of course I’ve imagined doing the pigeon dance in the World Cup. The supporters really like it, it especially appeals to kids. I’ve done it for the Seleção together with Neymar, I do it for my club, and I want to score goals and do it many times at the 2022 World Cup.”
Richarlison to FIFA.com

“Imagining myself helping Venezuela qualify for their first World Cup gives me goosebumps. I couldn’t put a price on that. It would be the ultimate.”
Rolf Feltscher

“It was a mix of sentiments. The explosion of happiness to make my World Cup debut, to live through the atmosphere at a World Cup. And then the frustration of the two injuries that ruled me out of games. Having that experience, and being ruled out of games when I was desperate to play, has made me want to be at the next World Cup even more.”
Danilo to FIFA.com on Russia 2018