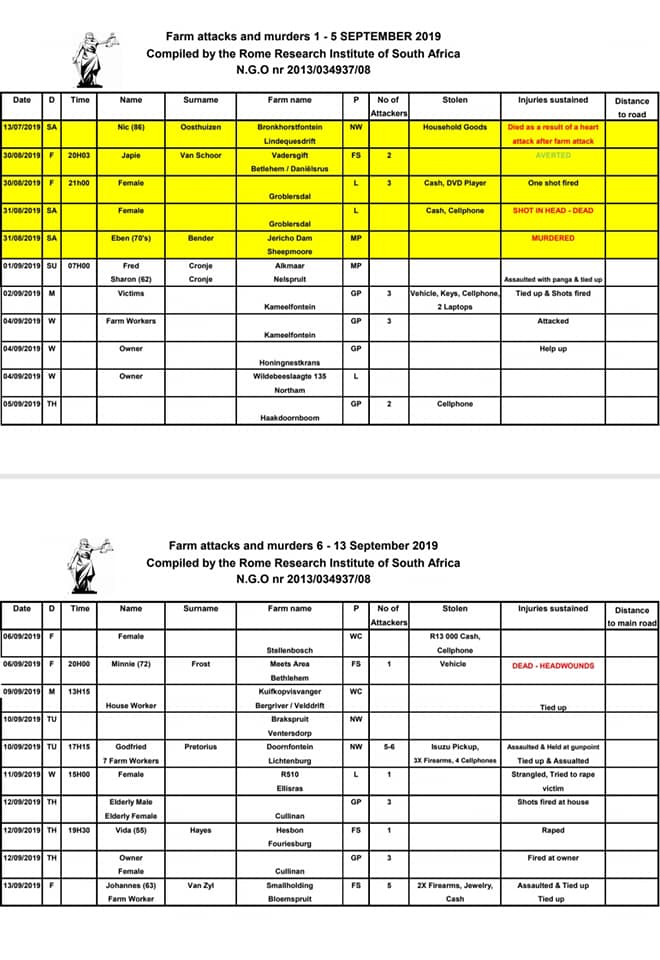 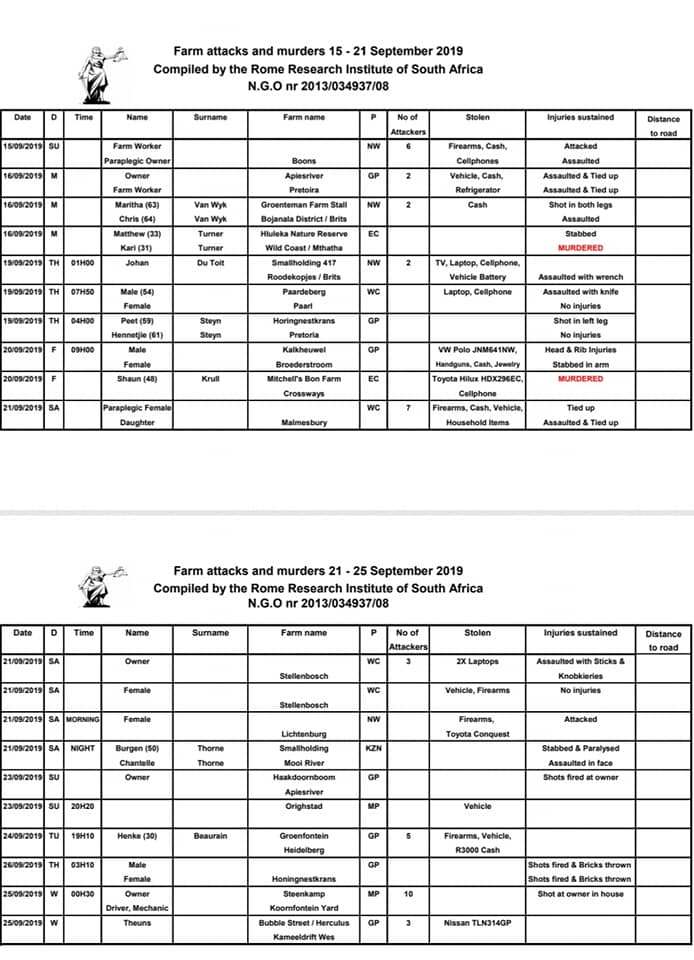 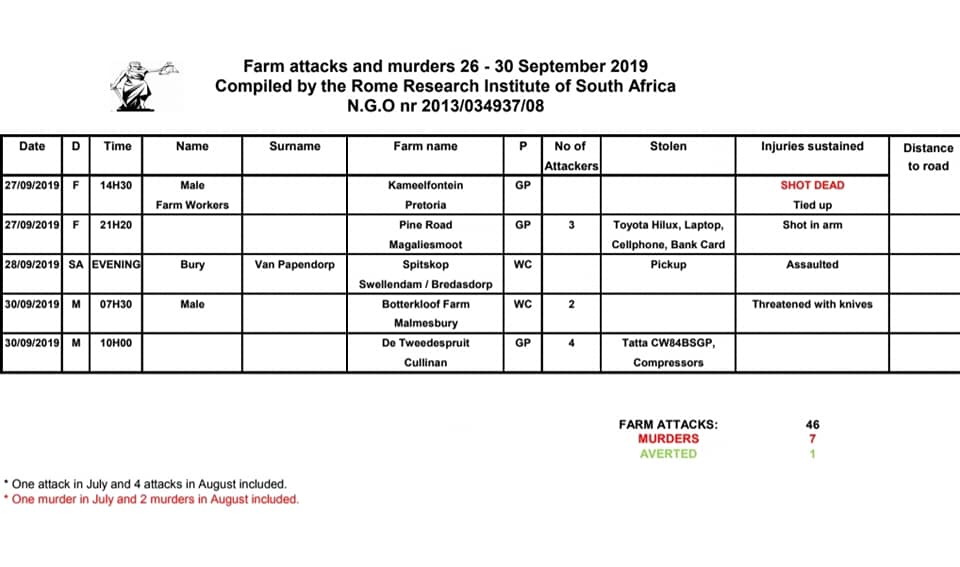 South Africa: Slaughter in September, ignored by the world