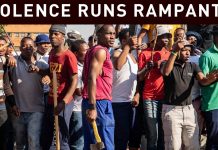 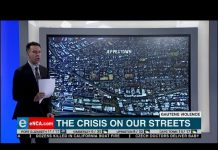 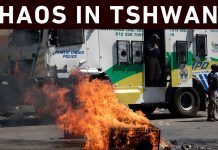 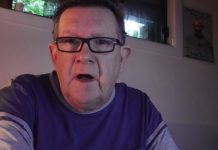 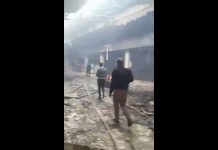 Riots, this is what’s left at Embalenhle mall, Secunda

The #OccupyLuthuliHouse movement, which is calling for the resignation of both ANC president Jacob Zuma and his national executive committee (NEC), are making their voices heard at the ANC’s headquarters.

MK veterans, Gauteng traffic police, the SA National Defense Force, the SA Police, the EMPD, private security and the Presidential VIP Security are out in full force. All armed and ready, prepared with full riot and crowd control gear.

There are reports that members of the ANC who are threatening to occupy the building will be met with force.

There are serious traffic delays around Luthuli House and surrounding streets in Johannesburg CBD. The public have been advised to avoid the area.