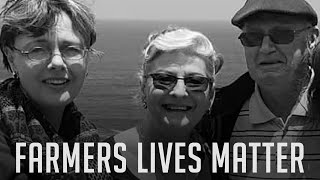 In this video by ‘Willem Petzer’ we see his personal story. Petzer shares his story and the motivation behind his youtube channel that shares true information, that is usually and blatantly swept under the rug by the mainstream media, about what is happening in South Africa with the world. Members of Petzers family were brutally tortured for more than six hours with a panga and murdered in a farm attack on the farm Broadlands. This story and thousands of other horror attacks have never been exposed by the media.

The truth about South Africa is not getting out there as the media is purposely not doing their jobs and this pertains specifically to incidents where black on white violence is perpetrated. Unsubstantiated so called white racism does however make the front page of every publication.