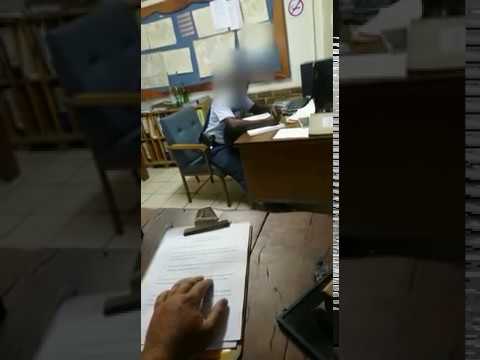 A video of a police officer who refused to help a farmer open up a case of trespassing has gone viral on social media.

The farmer who wants to remain anonymous went to the Vaalwater police station on Monday and said that as he entered the building, there was only one person on duty. The farmer asked, “Can you please help me; I want to open a case for trespassing?”. The officer on duty said “I am not going to help you” and turned around and left.

The farmer wanted to open a case of trespassing against several people who were on his farm without permission and wanted help from the police in the light of the ongoing farm murders.

The farmer then went outside and returned for a second time, and recorded the incident on his cell phone.

Brigader Motlafela Mojapelo, the spokesperson of the police, told Maroela Media that the police are aware of the video posted on social media.