Riaan Lucas has been posting racist remarks for months now and nobody said a word, but it is the shocking racist rant he made after Joost van der Westhuizen died that has uncovered his hostility. Lucas has friends and they had quite a racist conversation going.

THEREFORE, a certain Riaan Lucas, originally from the Western Cape, but now from Johannesburg, has made a Facebook post, in which he tagged in Lorraine Michaels and six others where he wrote:

Joost is vrek, posted together with a meme of the actor Tobey Maguire pulling a very indulgent and satisfied face.

The meme was captioned with the words:
ME WHEN I HEARD A WHITE MAN HAS DIED
RIP JOOST.

This is now a test for the Human Rights Commission.

Solidarity has already laid a complaint, and now the whole country will wait and see if he also gets an R150 000 fine. Front National has also taken action, and now we wait and see what will happen to Riaan Lucas.

The real story here is not about the racist post, you’ve most probably seen it trending all over social media and out of respect for the Van Der Westhuizen and Vittone family, we do not want to re-share the picture further.

The story is about South Africans from all races, hailing from all over the country, standing together against blatant racism.

Renaldo Gouws, DA councilor said, “Riaan Lucas decided to remove his racist post and shut down his Facebook profile. Sorry but the internet never forgets. You not only celebrated the death of a South African icon hours after he died, but you also celebrated the death of someone because they are a specific race. It’s unacceptable and you should be taken to the Human Rights Commission.” 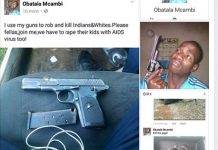 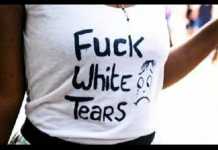 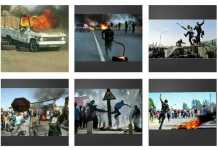 ANC what have you done? – Warning graphic photos