City engages with affected residents following a public protest.
The City received reports of a protest by residents from the Ward 29 informal settlement on Sunday, 07 August 2016.

Investigations revealed that the protest was due a recent demolition of informal dwellings in the area.

The City will engage with Ward Councillor Elect-Mveli Mthembu in order to address the concerns raised by the protesters.

Mayor Cllr James Nxumalo said eradicating illegal structures requires a joint effort from all stakeholders and members of the public are encouraged to report to authorities when they see people invading land or Municipal property.

Nxumalo said he acknowledges that people are free to exercise their constitutional rights by voicing their concerns but cautioned residents against injuring others and vandalizing infrastructure.

“Residents should express their concerns in a peaceful and legally permissible manner without damaging property, injuring law-abiding citizens or blockading roads, thus preventing others from going to school and work,” he said.

Nxumalo added that no amount of anger justifies destroying and vandalizing state property.

The situation is under control. Safety measures, such as CCTV cameras, are in place to monitor the movements of vehicles and to ensure that further traffic disruption is minimized. Law enforcement personnel will take necessary action where there are transgressions.

EThekwini Municipality is deeply concerned about the violent public protests taking place in the City. We encourage those that have grievances to continue to engage with the Municipality through formal channels so that these can be attended to by the Municipality. 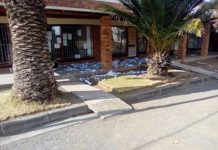 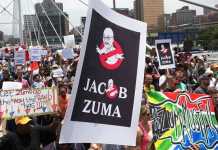 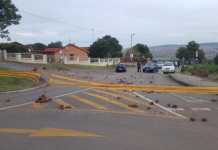