Nowhere in the world have people being brutally attacked and murdered by black attackers like white farmers in South Africa. It is reported that every 17 hours for the last five years, a white person was either attacked or murdered by black in their homes. Between January 2010 and January 2015, more than 2 500 violent attackers by blacks against whites were registered. 2008 of the whites were tortured to death and suffered mental torture by being forced to watch the gang-rape of their wives and daughters.

Below is a recollection of some of the bloodiest, cruel murders against farmers who died at the hands of merciless murderers who savagely bludgeoned innocent people, including children.

WARNING SOME OF THE IMAGES ARE NOT FOR SENSITIVE VIEWERS

During 2011 – Andre (Brood) van der Merwe (49) was shot four times on his farm by black attackers, tied with barbed wire and dragged behind his bakkie, while still alive, for 1.5 kilometers. He died from his injuries sustained during the torture.

During 2015 the Swanepoel couple were tied to a single bed and tortured for hours. The black attackers took turns to rape Rienie, and her husband was forced to watch. They then shot Toon in the leg because he was fighting back. Toon was later shot dead. Rienie was then made to lie on her husband’s body before she was killed.

In 2010, the shocking Potgieter farm massacre horrified South Africans. Forty-year-old Attie Potgieter was attacked by a gang of six blacks when he arrived home. The attackers chopped the back of his head with a machete and stabbed him over 150 times, with a garden fork. He died from the injuries sustained in the attack. In an execution style, the gang shot his wife, Wilna, aged 36 in the back of her head at close range. The gang shot the three-year-old child Willemien in a similar fashion. The gang left a message scribbled in Sotho on the gate saying “We killed them, we are coming back.”

What happened to the Fourie family in 2011 is inhuman and the most awful story. John aged 77, and his wife Bina aged 76 died a horrendous death at the evil hands of a four-man black gang in 2011. The couple were shot in the knees and tortured for about seven hours. The criminals took John to the bathroom, and shoved a showerhead down his throat, then poured boiling water down his throat. At point blank range they shot his skull off. Meanwhile, his wife, Bina, was shot three times in the knees and her back and left to die from loss of blood.

In 2012 a three-man black gang broke into a family home and gang-raped the mother, Geraldine aged 42, and then shot her dead. The gang attacked her husband; Tony aged 53 with a golf club before shooting him in the head. Their son, 12-year-old Amano was killed in a gruesome manner, the attackers, tied his feet and hands, filled a bath with boiling water and drowned him. The family dog did not escape the merciless killers; they ripped the dog’s stomach open with a machete. Fortunately, their daughter Gabriela was not at home and escaped death.

Five Xhosa speaking men wielding machetes, knives and a pickaxe handle attack a farmer and his family in 2014. The farmer is neutralized by being beaten, stabbed and hacked. Two of the black attackers, while laughing, urinate on the helpless farmer. He was then forced to watch the brutal gang rape and murder of both his eight-year-old daughter and his wife before the men rape him. The attackers then cut his tendons, to prevent him from following them, and left.

Johan Strydom (40) attacked on his farm by three attackers. He is chained to his bakkie and dragged behind it. The court hears that he was “probably alive” before being dragged and died of a burst liver and cracked skull. A journalist had quoted one of the perpetrators as saying he was “proud of what he had done.” This same offender was arrested a month earlier for trying to kill another farmer but was released.

One of the cruelest and bloodiest murders was that of a mother and daughter who died at the hands of black attackers. The police report stated.
Miss Lotter (57) was found with all her front teeth bashed out and her entire body covered with bruises, chafing and stabbing wounds. She was sexually assaulted and mutilated, with a broken beer bottle, in her anus and vagina, so badly that parts of her uterus and cervix (womb) were missing. She’d been assaulted with a sharp object and the injuries were so extreme that the medical examiner was unable to tell if she’d also been raped by the two men, one of them her gardener. Her mother Alice (76) had been stabbed in the neck and throat and had drowned in her own blood. The slogan “Kill the Boer” was daubed in the women’s blood on the farmhouse walls.

Dan Knight was violently killed on the eve of his 56th birthday. Beth Bucher was forced to watch as her partner Dan Knight, a timber harvester, was bludgeoned to death by five black attackers with hammers at their Underberg home. His face and skull were beaten to a bloody pulp with hammers and a monkey-wrench. 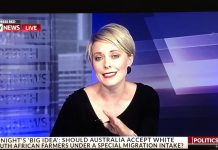 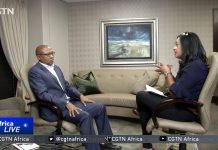 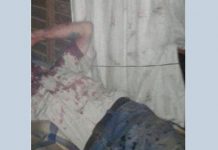