A gang of dangerous criminals that are wanted for numerous criminal cases, throughout the entire greater Durban Metro (Durban, having the largest metropolitan area in South Africa) have been caught and taken into custody.

The Modus Operandi used by them has been both sophisticated and well organized. The gang was finally caught due to the swift actions of the Escombe Neighborhood Watch members, supported by Mzansi security. The quick response to the group’s latest attack in the area resulted in their arrest.

The photos are from the scene in Queensburgh, after alert members of the neighborhood watch’s swift reaction, who found and arrested five male suspects in their 20’s, by blocking them in the vehicle they were driving. It was established that they had just broken into another house in the area, immediately before their arrest. It was further confirmed that they were wanted by the police on numerous other related charges over a period, in the greater Durban and surrounding areas, which included Morningside, Chatsworth, Verulam, among others.

The Malvern SAPS were called to the scene and the suspects who had been driving a white Toyota (Rental vehicle) with false number plates, were taken into custody at the scene by police. Various stolen property, and allegedly firearms (unconfirmed yet), were also recovered at the scene. The Malvern Police spokesperson was not available for comment before publication due to Youth day celebrations, and long weekend. 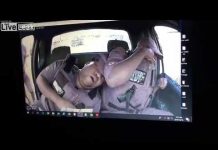 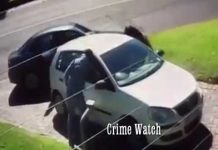 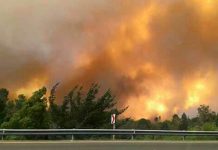 Knysna fires – if the farm is white-owned – burn it down