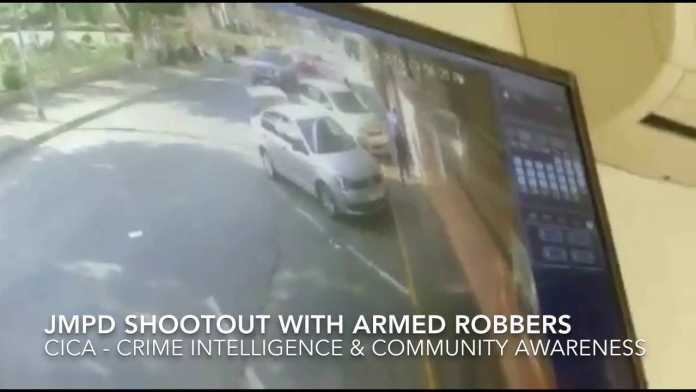 Shootout between armed suspects and community in Fordsburg, Johannesburg, Gauteng.

23 residents occupied corner Lark and Flamingo Ave in front of the local Masjid during a shootout with four armed criminals who killed a resident.

Suspects broke into a home and locked domestic workers and gardener in the bathroom. The homeowner and his brother were spotted by suspects attempting to flee and alerting local Neighbor Hood Watch.

Forth suspect taken to hospital after he claimed to have been assaulted by community members.

One community member killed and one seriously injured.