The 1H2019 Global Cloud Service Providers IPv4 Address Analysis Report, a joint report by Volanews and IP intelligence company IPIP.NET,  was released on August 5th. The report looks at the overall industry growth rate, the total number of IPv4 that major cloud service providers registered around the world, and the change in the number of active IP addresses, as well as the development of cloud services in four key global markets. It provides a glance of the worldwide development of the cloud computing industry in the first half of 2019.

What were the Changes in the Global Cloud Computing Industry in the First Half of 2019?

It is noteworthy that, although Google Cloud owns fewer IP addresses as a late arriver in the cloud computing market, it grew by 65.18% in the first half of 2019 and surpassed Tencent Cloud in registered IP addresses for the first time. Since Internet is running out of  IPv4 Address, cloud service providers have to acquire new IP addresses via transaction. Hence, the ambition of Google Cloud is obvious.

The number of active IP addresses can reflect the actual growth of cloud service providers over a period of time in the past more directly than total registered IP numbers.

In the first 6 months of 2019, AWS’s active IP addresses grew by 34.3% on the basis of the second half of 2018 to reach 11.24 million, making it the only company that had over 10 million active IP addresses in the industry. Meanwhile, some changes occurred to the ranking when the second place in number of active registered IPs went to Google Cloud from Alibaba Cloud. Alibaba Cloud, Azure and Tencent followed after Google Cloud in the rankings.

It can be seen from the growth rates in the first half of 2019 that Google Cloud and Tencent Cloud were the two fastest growing companies, with 48.14% and 40.24% growth rates respectively. These two companies had the smallest number of active IP addresses.

However, Google Cloud, Alibaba Cloud, Azure, and Tencent Cloud have less than 5 million active IPs each which was less than half of that of AWS.

Leading Cloud Service Providers’ Revenue Rocketed, Azure’s Revenue Surpassed that of AWS’s in the First Half of 2019

It can be noticed from the new financial reports of these cloud service providers and their parent companies that, as their cloud business grew, the revenue coming from cloud services-related businesses also increased substantially.

The revenue of AWS in the first and second quarters of 2019 were $ 7.696 billion and $8.381 billion respectively, representing a 40% year-on-year growth. In addition, it took up 13% of Amazon’s seasonal total revenue, making it the major revenue source of Amazon.

Things are different with Azure. Although outnumbered by AWS in terms of total registered IPs and active IPs, it had a bigger revenue in the first half of 2019. Its revenue reached $8.6 billion and $9.4 respectively in Q1 and Q2 respectively, a year-on-year increase of 76%. Also, its share of Microsoft’s overall revenue is increasing.

This also means that competition among cloud service providers will become more intense and segmented in the cut-throat US market. Network stability, scalability, response speed, and a number of indexes will become the key factors in their vie for market share.

The picture in China is different.

Local cloud service providers are much more well-positioned, with Alibaba Cloud and Tencent Cloud taking up 62.28% and 28.88% of the market respectively.

AWS accounted for only 2.89% of the Chinese market, ahead of Baidu Cloud and behind Huawei Cloud. However, its total registered IPs and active IPs are soaring. Hence, the Chinese cloud service market may change again in the future. The focus  on the next round of competition will be on providing a localized cloud service with higher quality.

The strong growth of Chinese cloud  service providers is fuelled by the domestic market, and they face new challenges as they go global. They are still lagging far behind AWS, Azure, Google, and other US cloud service providers in mature markets like the US and Europe and emerging markets including Southeast Asia and India.

Yu Guo, Chief Product Officer of IPIP.net, said, ” We developed an indicator to monitor the growth of cloud service provider worldwide: owner’s total active IP, which is an index of active users, it shows good back testing results in the past 8 quarters. Furthermore, with our real time geofencing engine, it’s possible to get the market intel like market share and company strategy, etc. To illustrate, simply look at southeast Asia market, the top three cloud service providers are AWS(72.61%), Azure(11.84%) and Google(8.93%) whose total market share reaches 93.38%. Compared with 92.12% in 2H 2018, we can see an increase in industry concentration.

In recent years, the number of active IPs has been growing rapidly in Southeast Asia and India thanks to the boom in internet start-ups, investments, and the emergence of unicorns like Grab, Go-Jek, Lazada, and Paytm. AWS is leading the game among the cloud service providers in the region, taking up 72.61% of the market, followed by Azure (11.84%) and Google (8.93%). Chinese cloud service providers such as Alibaba Cloud and Tencent Cloud are catching up in market shares, but they are still far behind their American counterparts when it comes to the growth of active IPs. The scaling up of the Southeast Asian and Indian cloud service markets means there is much room for providers to grow. 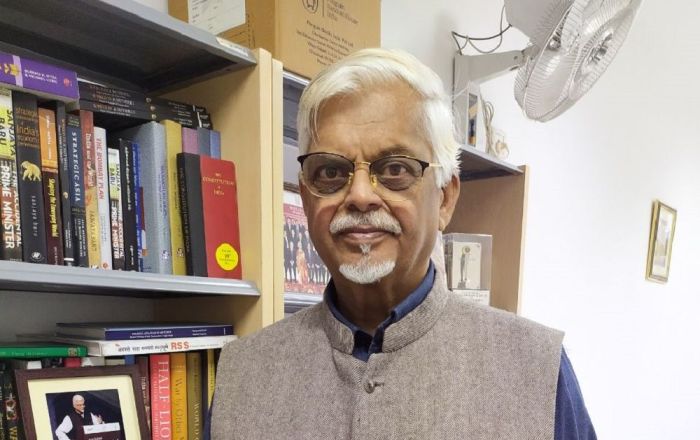