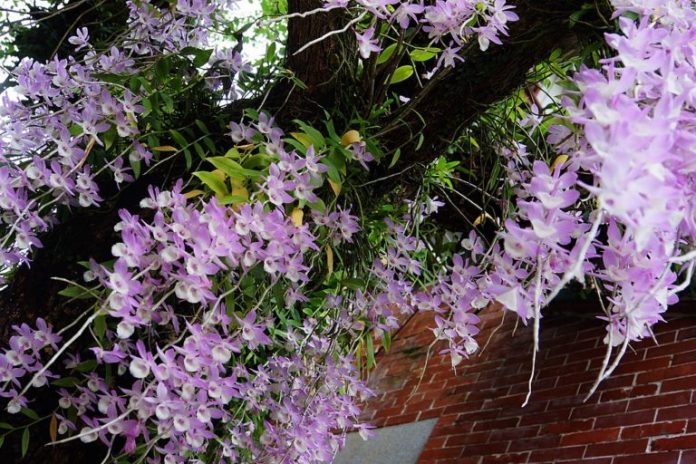 If you’re looking to buy orchids from plant markets in southern China, chances are you’ll find plenty of orchids that have been collected from the wild, sometimes illegally. And these vibrant wild orchids are usually priced much cheaper than those grown in nurseries, according to a new study.

Researchers have found trade in more than 400 species of orchids collected from the wild, involving more than 1.2 million individuals, potentially worth more than $14.6 million — all in just one year of survey.

“The results of this study are devastating,” Jacob Phelps, a lecturer at Lancaster University and co-chair of the IUCN SSC Orchid Specialist Group – Global Trade Programme, who was not involved in the study, told Mongabay. “We already knew that there was illegal trade of wild orchids in China, but this is our first real insight into the huge scale and richness of that trade.”

Orchids, popular as ornamental plants and used in traditional medicine and food, are traded widely across the world. They also represent the single largest group of flora or fauna for which international trade is regulated: all 29,000-odd species of known orchids have been listed on Appendix I or Appendix II of the Convention on International Trade in Endangered Species (CITES).

According to official data reported to the CITES, nearly all global commercial orchid trade involves artificially propagated plants. However, a number of studies have revealed that the trade in wild-sourced orchids, mostly undeclared and undocumented, may in fact be much greater than currently estimated.

Stephan W. Gale, an orchid specialist at the Kadoorie Farm and Botanic Garden in Hong Kong, frequently came across orchids on sale in markets in China that he was sure had been collected from the wild.

“Often, the plants that I can no longer find in the wild, I can see in the markets, so there is a huge imbalance,” Gale, the lead author of the study, told Mongabay. “There was also very little attention on this, either from policymakers or from scientists.”

So Gale and his colleagues decided to look into the scale of the wild orchid trade in China for the first time ever. They focused on southern China, a region that’s especially rich in orchids.

Through field visits and by talking to experts, the researchers zeroed in on the major markets selling orchids in the provinces of Yunnan, Guangxi and Guangdong, as well as the special administrative region of Hong Kong. Then, over the course of one year from June 2015 to May 2016, they regularly surveyed stalls in five big markets that sold wild orchids, identifying species that were on sale, noting the prices they were being sold for, and estimating the weight and number of individuals of the species on display.

The team could differentiate the wild orchids from the artificially grown ones from several subtle telltale signs.

“Products coming from nurseries are usually very uniform in size, appearance, they’re all packaged in the same way, they’re potted in the same way, they’ve got a very standard medium in the pot. So they’re much more uniform,” Gale said. “Whereas plants coming from the wild are usually damaged because they’ve been pulled off trees, or they’ve been pulled out of the ground or rocks. They have damaged roots, they’ve often been subject to herbivory, so the leaves could be pockmarked, there will be lichens growing on the leaves, moss on the roots. To be honest, the average person would never even think [about] looking at these small telltale signs, and this is a problem because they don’t know what they’re buying.”

In just one year, the researchers recorded nearly 140 stalls selling up to 440 species of wild orchids.

In the wild, the diversity of native orchid species in southern China declines from west to east, with Yunnan having the richest mix of species, followed by Guangxi, Guangdong and Hong Kong. Yet the team found that the diversity of orchids in the markets increased eastward, suggesting that traders were transporting orchids over large distances to sell. This, Gale said, could be because the markets in Yunnan may have a lower customer base with fewer people wanting to buy orchids.

The mean price of orchids per stem also increased eastward, the study found. But wild orchids in general were priced considerably lower than those coming from nurseries.

This finding is alarming, Phelps said.

“Many policy-makers, including within China, hope that the legal production of greenhouse-grown plants will provide a sustainable alternative to the illegal trade of wild plants,” he said in an email. “This study shows that this is unlikely to happen for most orchid species: many consumers are concerned with price, and wild plants are cheaper than the farmed ones. Unless farmed plants become dramatically cheaper, or enforcement against the trade in wild plants increases, this study anticipate a status quo for orchid exploitation.”

Cheap pricing of wild orchids is not entirely surprising though, Gale said. Nurseries can have huge overheads in terms of business setup and infrastructure, which translates into higher sticker prices.

While sourcing orchids from the wild would also require paying people to go into forests and collecting the plants, many of the orchids seem to be coming from countries like Laos and Myanmar, where labor is cheap, Gale said. “Traders go there, and they’ll pay villagers to climb up into the mountains, paying them extremely low labor costs for kilograms or tons of orchids. So the value of the wild orchids is still far too low, and doesn’t price in the ecological damage that’s being done,” he added.

In fact, the researchers found that some 100 species of orchids being sold in the southern China markets were not native. There were also no declared imports in the CITES trade database for the majority of the species, which meant that the trade was in breach of CITES regulations.

“Things are definitely coming from across the borders, and not being properly regulated,” Gale said. “Although we don’t have direct evidence, my co-authors and I are very confident that the numbers that we put in the paper are a vast underestimate, because it’s illegal trade and difficult to prove. But the kinds of species and amounts that we’re seeing suggest that a far greater proportion are coming from across the borders.”

Even native species that appear in the markets could be coming from neighboring countries, Gale said, especially species that either have very small populations or have probably gone extinct in China, such as several species of Dendrobium and Paphiopedilum.

Despite being traded widely, orchids aren’t protected by law in mainland China. And despite orchids making up more than 70 percent of all CITES-listed species, the trade of these plants rarely makes it onto the agenda of discussions on illegal trade, Gale said. This includes the ongoing 18th meeting of the Conference of the Parties to CITES (CoP18) in Geneva.

“Parties and the [CITES] Secretariat should be responding to research that documents such widespread, blatant non-compliance with the Convention,” Phelps said. “I am not suggesting that this is an easy challenge, particularly along porous international borders. But we cannot afford to simply ignore the problem.” 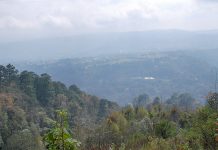 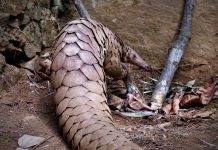 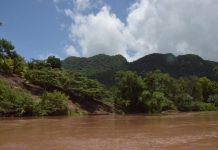