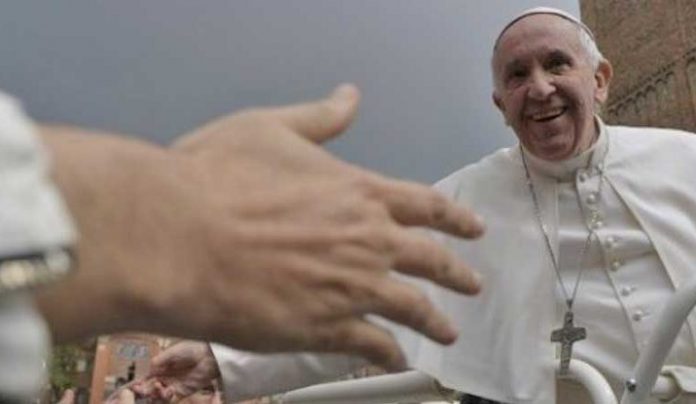 Moved by the plight and oppression of indigenous peoples while visiting the Peruvian Amazon in January 2018, Pope Francis called then for the first-ever meeting of bishops from a single ecological region — the Amazon.

The three-week meeting, or synod, starts October 6 in Rome and will bring together Catholic bishops, indigenous leaders and environmental advocates from nine South American countries within the Amazon region to focus on human rights, environmental protection and climate change. It could not be more timely.

The immensely destructive wildfires in Brazil’s rainforest this August captured global attention. The spread of illegal gold mining and resulting devastation of forests in southern Peru threatens one of the most biodiverse regions on earth. The end of a 50-year civil war in Colombia, but continued instability there, has opened areas once too dangerous to enter to massive deforestation and international exploitation.

Meanwhile, indigenous peoples are deeply concerned over further erosion of their rights, cultures and ancestral homes in Amazonia, while fearing for their lives as violence against activists and tribal leaders mounts. This is especially true in Brazil, where they face a hostile president and government policies aimed at opening indigenous reserves to mining and agribusiness.

In fact, the Brazilian government of President Jair Bolsonaro, fearful of the synod’s influence and seeing it as an attack on national sovereignty, has reacted in advance with antagonism to the Vatican meeting. Earlier this year, the president’s National Security Adviser General Augusto Heleno, head of Bolsonaro’s Internal Security Cabinet, said of the synod: “it’s worrying and we want to neutralize it.”

Others take a far more positive view. “The synod is becoming a major event, a turning point not only for the Catholic Church, but for everyone interested in the future of the planet, and certainly the future of the people who live there,” Mauricio Lopez told journalists in an October 2 pre-conference call with other synod participants. Lopez leads REPAM in Ecuador, the Pan-Amazonian Ecclesial Network.

With Catholicism by far the dominant religion in Amazonia’s six largest countries, each of the five synod participants on Wednesday’s call expressed views urging the church and its leadership to take a larger, more aggressive role in building support for social justice and climate change mitigation, while pressing national leaders to fight deforestation and protect indigenous rights.

The spirit and determination of those preparing for the synod reinforced the ideals Pope Francis first proclaimed in 2015 in his unprecedented but controversial encyclical, a teaching document known as Laudato Si: On Care for Our Common Home. In it, the pope pinned climate change squarely on human activity, called out capitalism for depleting the world’s natural resources and blamed consumers for creating a throwaway society that is turning the Earth into a landfill.

Francis sought to make environmentalism a global, moral imperative for everyone, not just Catholics, in the lead up to the 2015 Paris climate talks, at which the church played an active advocacy role.

But the pope’s actual influence since has been hard to discern. Laudato Si was hailed by environmentalists and embraced by activists representing the world’s religions. But some Catholic leaders, especially in the U.S., saw the pope and his encyclical as too progressive and a threat to their affluent, conservative parishioners for whom climate change may not be a priority.

In Brazil, some of the country’s Catholic bishops and Protestant denominations have spoken out against President Jair Bolsonaro’s anti-environmental policies. But the president’s evangelical Christian allies have either remained silent, or countered the criticisms.

And even though the principles of Laudato Si were woven into the preamble of the Paris Climate Agreement, the burning of fossil fuels and tropical deforestation have only increased since 2015, contributing to more global warming, melting ice caps, sea-level rise, wildfires and severe weather — leading to the October 2018 UN Intergovermental Panel on Climate Change report warning that we have barely more than a decade left in which to act decisively, making “rapid and far-reaching” transitions in land, energy, industry, buildings, transport, and cities to avoid catastrophic climate change.

Pope Francis has called the synod “a son, a daughter of Laudato Si,” and those leading the teleconference promised to bring perspectives and priorities to Rome that may not sit easily with Amazon region bishops who rarely look beyond their own faith traditions and social priorities:

Father Peter Hughes, an Irish Columbian priest, has spent some 50 years as a missionary in Latin America, mostly in Peru. He is outspoken on the need for church initiatives to protect Amazon biodiversity and the indigenous people who live in the region.

“These alarm bells are a warning to us all and a message to us about the great wave of destruction that is happening,” Hughes said. “So in these days of [Swedish teen activist] Greta Thunberg and the youth movement have caused a huge impact on world opinion and a massive movement of young people around the world. We adults have to respond.”

Paulo Mountinho, a senior scientist with IPAM, the Amazon Environmental Research Institute in Brazil, has studied the causes of deforestation and its impact on biodiversity in the Amazon for two decades. His research contributed to policies including the United Nations REDD+ initiative (Reducing Emissions from Deforestation and Degradation) which seeks to compensate countries monetarily for keeping tropical forests standing.

“What we are seeing in Brazil [under Bolsonaro] is more than an environmental tragedy; it is a human health tragedy,” Mountinho said. “Brazilians know how to reduce to zero deforestation. We almost did that between 2005 and 2012 when deforestation was reduced by 80 percent. In the same period, food production in the region doubled. So it’s not necessary to continue to destroy the Amazon to expand food production. The Amazon synod can bring hope and remind us of what is possible.”

Victoria Tauli-Corpuz, United Nations special rapporteur on the rights of indigenous peoples, has investigated human rights violations around the world. As an indigenous activist, she has fought environmental threats, including dams and logging in the Philippines.

“The pope has already made it clear that he understands that indigenous people and local communities are best equipped to care for these customary lands and forests, and must be key players in the global struggle against climate change,” Tauli-Corpuz said. “We manage some of the most forested and biodiverse lands on earth. And recent landmark reports cemented the growing body of scientific evidence that we are the best guardians of these lands.”

“We want the pope, with his spirituality, bravery and wisdom, and with this great call to action, to make the world react,” Gregorio said, “and most importantly, to call out those responsible for what is happening on indigenous lands… companies that continue to see the natural world as a business deal to be exploited and destroyed.”

Mauricio Lopez of REPAM in Ecuador is also the former world president of Christian Life Community which is linked to Jesuits globally. Because of a shortage of clergy, especially in the Amazon, Lopez has called for allowing priests to marry and giving more religious authority to women — changes Pope Francis has resisted, though he appears to be softening that stance.

“If we are to reach the possibility of change, there will be a major turning point,” Lopez said. “That’s why this effort is getting a lot of resistance [from some church leaders]. People are afraid that they’re going to have to change their own interests. But change has to come and the time is now.”

Justin Catanoso is a regular contributor to Mongabay and a professor of journalism at Wake Forest University in North Carolina, USA. 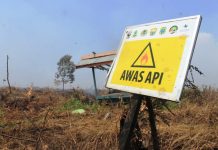 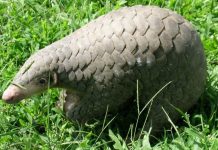 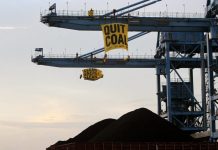 In Indonesian renewables bill, activists see chance to move away from coal