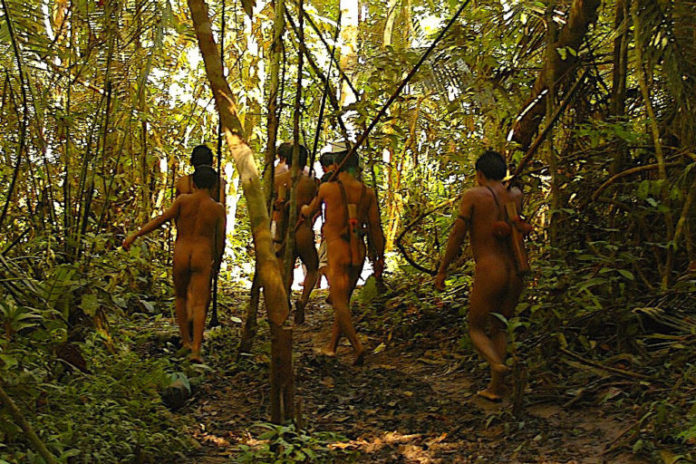 Rieli Franciscato, one of the most experienced field men of the National Indian Foundation of Brazil (FUNAI, a federal agency to protect Indigenous peoples), died a few days ago with an arrow through his heart. This arrow was shot by an “isolated Indigenous” man, at the edge of the Uru-Eu-Wau-Wau territory in Rondonia, precisely by one of those to whom he gave his life to protect. These Indigenous peoples in isolation have remained out of contact with the world we know, fleeing — it is believed — from slavery and massacres committed during the rubber boom times (at the beginning of the 20th century). That is, escaping from the white man.

Personally, this news also hit me through the heart. I traveled in the Amazon with Rieli several years ago, in the company of the former president of FUNAI, the mythical ‘isolated tribes’ guru Sydney Possuelo. Together, we spent several days at one of the checkpoints on the Ituí River, on the edge of the Vale do Javarí Indigenous Land in the Brazilian Amazon. I accompanied them on an emergency mission to establish a relationship with the Korubo people, the beginning of a “controlled contact”, to prevent further killings by illegal loggers or others seeking to settle on those lands. That is the only circumstance in which FUNAI allows a contact.

When we made that contact, under all the health and safety protocols, it was sad and curious to realize that there were no elderly people in that population. Upon taking X-rays, the men had lead gun pellets embedded in their bodies. It was then presumed that the ‘elders’ fell prey to the invaders. Apart from doctors, in that mission we were also accompanied by Indigenous people of another ethnic group somewhat related to the Korubos, the Matís (called the “jaguar people”), who in their languages have some mutual understanding.

The Matís, already experienced with the white man, also served us as masters of protocol. Less than a year before, in the first attempts to contact this tribe, another official, Raimundo “Sebral” Batista Magalhães, died of an unexpected and sudden blow to the head, presumably due to an unaccepted gesture. He too was in the hands of those who, as in the case of Rieli, he wanted to protect. When I asked Rieli why we carried shotguns on this mission, the answer was clear, “rather die, than shoot them.” They were only for deterrent shots in the air. That answer remained in my head to this day. I imagine that Rieli and his companions fulfilled that mandate in his last moment.

Many years have passed — and as far as I know, the Korubos people have increased in numbers, though always surrounded by conflicts and death. Not long ago, the well-known photographer Sebastião Salgado published a beautiful essay about them. And Rieli, continued working in other “ethno-environmental protection fronts”, as those control points are called in Brazil.

Why did the Indigenous people in isolation shoot Rieli? Nobody knows, but when one sees the satellite images of the Uru-Eu-Wau-Wau Indigenous territory, not only surrounded by deforested areas, and “hot spots” —premeditated fires, in all directions — one can imagine that the Uru-Eu-Wau-Wau can see the advances into their territory as a threat to their survival. And that our society is the aggressor, regardless of whether it is Rieli or anyone else.

This story of the Uru-Eu-Wau-Wau and the Korubos is no different from many places in the Amazon. With somewhere close to a hundred isolated tribes, not only in the Brazilian Amazon but also in Peru, Colombia and Ecuador, these peoples have been running away from us for over a century. While we are talking about life in Venus, in our own planet we have people of whom we have no idea who they are, what their language is, or anything about their culture, knowledge and traditions.

We are slowly encroaching into those areas that once hid them, and pushing them to react, and cause deaths such as with Rieli. We know about the increase in the frequency of their contacts and conflicts with people around them but have no idea how of much we are cornering them, be this by drug traffickers, illegal loggers and poachers, or missionaries with the bible in their hands acting outside the law. Due to their weak immune system to common diseases, any contact with them is extremely dangerous. Worse still with covid-19, which can even cause their extinction.

The FUNAI, and the neighbor countries equivalent agencies, have suffered severe cuts due to politics and the economic, related to COVID-19. This generation may be the last one to witness whole unknown cultures go extinct. Another casualty of the pandemics.

Ortiz modified this commentary from a piece he originally published in Spanish on RPP online in Peru.