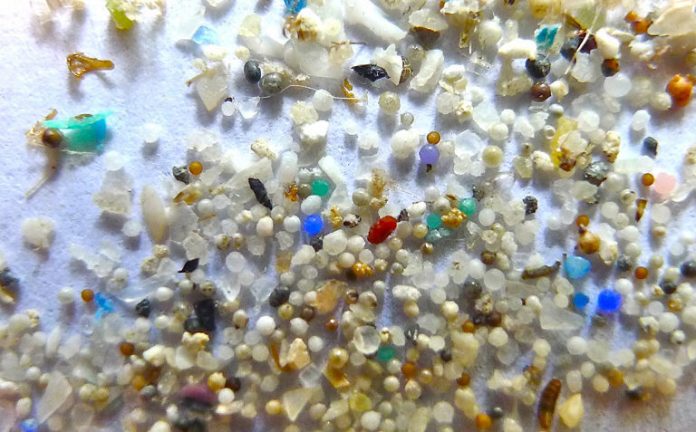 The scope of the microplastic pollution problem is astonishing. While nations need to slow the rate of plastics entering Earth’s waters, discovering what the density of it is, and where it is, is critical to know especially where such areas overlap with large populations of filter feeding organisms, for example.

Traditional testing via tow nets and lab analysis is slow and expensive, but a new generation of sensors is being developed that can measure microplastics much faster and at various depths.

Sheila Hemami, Director of Strategic Technical Opportunities for Massachusetts-based R&D engineering firm Draper, directs the company’s Global Challenges initiative where the microplastics project is managed. She answered some questions for Mongabay ahead of Jackson Wild, a conservation event focused on films and ocean health from September 21-27 in Jackson Hole, where she’ll be speaking.

Mongabay: What size microplastics are you focused on detecting?

Sheila Hemami: Our initial systems target microplastic in 1 micron to 1 mm range, a size range which includes several classes of plankton. There is evidence that microplastics in this range are ingested by plankton and organisms that feed on plankton, thereby entering the food web.

What kind of technology does your system employ and where will your detectors be deployed?

The first generation system, which was deployed in the Northwest Hawaiian Islands in early Fall 2018, builds upon a microplastic identification method recently discussed in the literature. With this method, seawater particles are treated with a fluorescent dye called Nile Red, which causes microplastics to fluoresce brightly, and enables them to be identified from surrounding particles.

Our system automates the dyeing and analysis of seawater samples within a field-portable container, which to our knowledge is the first such system ever to be deployed in the field. The second generation device will use a new approach which will deliver accurate and autonomous measurements from within a compact, rugged package. Microplastics are distinguished from other organic particles and organisms by a range of physical properties, including mechanical, optical, and chemical properties. Our second generation sensor will optimally and rapidly combine measurements to identify microplastics from a sample stream.

How is what you’re working on different than other options being developed currently like the MantaRay remote sensing system for example?

Remote sensing may be useful as a tool in observing plastic pollution in the oceans, but cannot currently provide information on microplastic density. At the very least, remote sensing data cannot quantify microplastic density without ground truth data such as will be provided by water-based measurements. The MantaRay system is based upon an undergraduate project at Northeastern University that captured microplastic particles in a unit that would then be retrieved for lab analysis.

A second system was described later that claimed to use Raman spectroscopy (“MantaRay II: A second generation autonomous real-time sampling instrument for the quantification of marine Draper – Strategic Communication microplastic debris,” Sixth International Marine Debris Conference, March 2018). We understand that the student and faculty member are working to spin out a company. Given that there are currently no microplastic sensing solutions available, we are glad that the MantaRay developers are continuing their efforts and we look forward to their first deployment reports.

Will testing results from your technology be available in real time?

This is the intent. Results will be transmitted to a land-based server for real time data dissemination over the internet.

Where was your phase 1 deployed, and how has it informed development of phase 2?

The generation-1 system was deployed at Tern Island in the French Frigate Shoals, located 564 miles northwest of Hawaii in the Papahanaumokuakea Marine National Monument, which includes 582,578 square miles of protected waters. Tern Island is part of the National Wildlife Refuge, and is home to the endangered Hawaiian monk seal, many types of seabirds and threatened green sea turtles.

Unfortunately, it has also become awash in plastic waste from the surrounding ocean, and thus makes a compelling site for field microplastics research. The voyage was an opportunity to stress-test components far away from shore. The sensor was rocked and exposed to diesel engine vibrations constantly, for several days. Some hardware and software adjustments were needed in the field, which we are taking into account while designing the next generation sensor, to ensure dependable operation far from shore.

Once developed, how quickly do you think your technology can be scaled and deployed to a meaningful degree?

With adequate development support, we will be ready for a sea trial in 2020. Following that, the technology can be scaled. We envision thousands of sensors deployed globally, on a variety of platforms, possibly including docks, boats, buoys, gliders, floats, and autonomous underwater vehicles.

Can you describe what Draper is doing to improve coral restoration methods?

Draper in partnership with the National Oceanic and Atmospheric Administration (NOAA) has begun a pilot program for the Florida Keys to increase the speed of outplanting. Outplanting corals into degraded areas is a common, active restoration approach aimed at increasing coral cover and structural complexity. But outplanting also can be the most expensive and labor intensive part of coral restoration efforts due to long hours and many people needed using scuba gear and boats. Planting a single coral takes three to six minutes for a skilled diver. Working toward an immediate (and short-term) solution, Draper is identifying and testing an adhesive solution that could potentially cut that time in half.

Sheila Hemami will be part of the Living Oceans program at  the Jackson Wild Summit in Jackson, WY, September 21-27, which will have a focus on ocean health. More information and registration for the event is here. 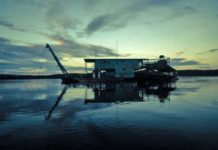 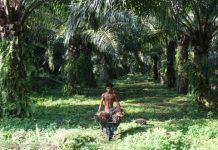 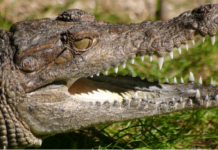 From New Guinea to Florida, one of these crocs is not like the others