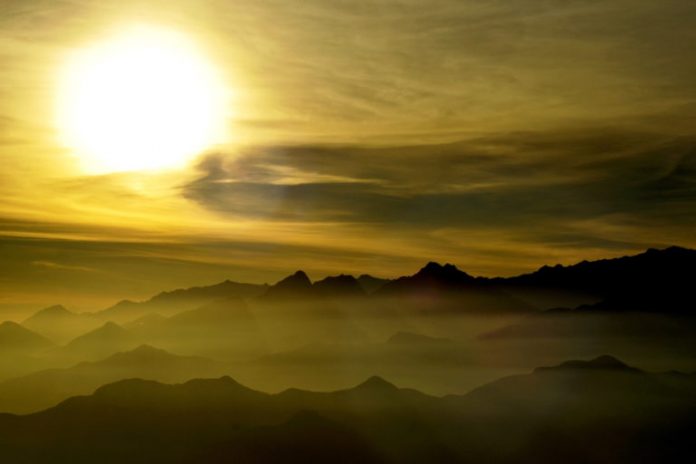 Jaime Luis Arias grew up on the southern slopes of the Sierra Nevada de Santa Marta. An isolated coastal pyramid-shaped massif in northern Colombia, the Sierra Nevada is one of the highest coastal mountains on the planet, with the snow-capped peaks rising from the Caribbean Sea to a mystifying 5,800 meters (19,000 feet).

“I grew up of the Kankuamo people, in the mid-highlands of the Sierra Nevada de Santa Marta,” Arias said. “For us, growing up there is a great privilege, this is why we call it ‘the heart of the world.’”

Four indigenous groups inhabit the region: the Kogui, Arhuaco, Wiwa, and Kankuamo. In their spiritual beliefs, the Sierra Nevada is considered to be the heart of the world, where every element, object and organism, from the soaring peak to the gentle stream, forms an indispensable part of an interconnected body.

“For us, there is life in all the elements. The peaks, rivers, animals, plants, stones and planets are all in constant interaction to achieve harmony and balance in nature and with ourselves,” Arias said. “What affects one, affects the entire ecosystem.”

The Sierra Nevada covers some 17,000 square kilometers (6,560 square miles). The remote highlands and midlands are protected by a national park along with three indigenous reserves that overlap and exceed the land covered by the park. The indigenous communities that inhabit the remote mountain region, however, consider themselves defenders of a far more extensive territory than what is officially protected.

Since 1973, the Colombian government has recognized a ring of sacred sites extending around the base of the mountain range. Collectively known as the “Black Line,” indigenous communities claim them as their ancestral territory.

The Territorial Indigenous Council of Governors of the Sierra Nevada de Santa Marta (CTC) describes the Black Line as “a grand system of interconnected land, sea and air nodes. Considered sacred as a whole, it is the space from which the culture of the four indigenous peoples of the Sierra Nevada arises, and where it is recreated.”

But with valuable resources underfoot, such as oil and gold, there are competing visions for the future of the Black Line. Arias said pressure from mining interests inside the Black Line escalated 15 years ago under the administration of former President Álvaro Uribe, whose government undertook a series of large-scale infrastructure projects in the region.

“There has always been pressure on the Sierra Nevada, but it was under Uribe when the number of mining applications and concessions exploded,” Arias said. “Now, legislative negligence presents us with 132 mining titles and 260 mining applications to exploit minerals and carbon.”

Colombia’s 1991 Constitution guarantees ethnic minorities the right to prior consultation on projects that have an environmental or social impact on collective territories. In 2014, the country’s Constitutional Court ordered the suspension of a mining title inside the Black Line because it had failed to undergo a prior consultation with indigenous communities.

Three years ago, the indigenous councils filed a legal action known as a tutela with the Constitutional Court, arguing that their constitutional rights were violated by legal and illegal mining taking place inside the Black Line. In addition to the mining, the councils denounced large-scale infrastructure projects such as the coal-shipping port Puerto Brisa, the hydroelectric dam Ranchería, and the hotel Los Ciruelos that had been carried out inside the Black Line without indigenous consent. The court has yet to issue a ruling.

After years of waiting for a ruling from the courts, indigenous authorities, known as mamos, descended from high up in the Sierra Nevada de Santa Marta, traveling more than 800 km (500 mi) to the county’s capital, Bogotá, to send a message to the Colombian public and put pressure on the government, calling on the Constitutional Court to protect the Black Line boundary.

“The Heart of the World is at risk of physical and cultural extermination,” the CTC said in a press statement. “The extractionist model of development, particularly mining and megaprojects, threatens the survival of the four indigenous peoples, and the unique ecosystem of the Sierra Nevada de Santa Marta.”

The indigenous leaders called on the central government to respect and protect the ancestral territory of the Sierra Nevada, and suspend the mining and megaproject concessions granted inside the Black Line.

Private property owners and trade groups have spoken out against the court’s recognition of indigenous ancestral claims to the Black Line. In conversations with local media, the trade groups have said they fear the indigenous groups will create legal obstacles for private property owners, urban expansion, and put the future of infrastructure and development projects in “limbo.”

Arias rejected the argument that the indigenous communities pose “an obstacle” to economic development, saying that he envisions a path for regional development in harmony with nature. He said indigenous residents of the area “want to have coexistence with other social sectors, but without losing the fundamental, which is the territory.”

Violence past and present

The Sierra Nevada de Santa Marta has been plagued by hundreds of years of political violence and colonization, presenting an existential threat to indigenous inhabitants’ cultural survival and the region’s fragile ecosystems. The Kogui, Arhauco, Wiwa and Kankuamo are believed to be descendants of the Tairona people who escaped Spanish colonization by moving their settlements to the remote high mountains.

By the turn of the 20th century, much of the western side of the Sierra Nevada had been converted for banana plantations by U.S.-based United Fruit Company, which built railways and residential villages, administrative areas, service areas and workers’ camps following American models. Campesinos, farmers who came from Colombia’s interior regions, settled in the mid-highlands to grow commercial crops, especially coffee and cocoa, on rich agricultural lands. 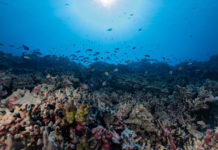 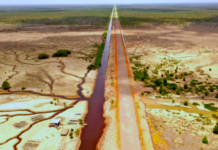 A Thai university leads the way in organic urban agriculture