ANTANANARIVO, Madagascar — The possibility of lemurs contracting COVID-19 is worrying Madagascar’s scientific and conservation community. Members sounded the alarm in the days following the country’s state of health emergency declaration in March, setting up an emergency unit designed to strengthen the protection of these animals, which are national emblems.

An April 2020 study preprinted online prior to peer review shows that the protein and genetic structure of the angiotensin-converting enzyme-2 (ACE2) receptors in certain species of lemurs is very similar to that of humans. SARS-CoV-2, the virus that causes COVID-19, binds to this enzyme to infect host cells.

There are 107 lemur species, and they live almost exclusively in Madagascar. As of this month, the IUCN Red List now classifies 103 of them, 96%, as threatened with extinction; of these, 33, or almost 31%, are critically endangered.

The resemblance between lemurs’ ACE2 receptor and those in humans varies by species. For example, according to the April study, the largest lemur, the indri (Indri indri), the blue-eyed black lemur (Eulemur flavifrons), and the Coquerel’s sifaka (Propithecus coquereli) have a very similar receptor to that of humans. All three species are critically endangered.

According to Fidisoa Rasambainarivo, a conservation medicine expert at Mahaliana, a wildlife laboratory and research center in Antananarivo, this means that if these species are exposed to SARS-CoV-2, the virus could potentially bind to their cells and make them sick. However, the ACE2 receptor type is only one of the necessary factors, not a guarantee the disease would take hold.

On the other hand, the gray mouse lemur (Microcebus murinus), one of the smallest primates, weighing in at just 60 grams (2 ounces), has a variant of the receptor that makes it less vulnerable to SARS-CoV-2, according to the April study.

“We already know that there are more than 30 diseases that humans and nonhuman primates, including lemurs, can transmit to each other,” said Jonah Ratsimbazafy, president of the Madagascar Primate Study and Research Group (GERP), who, along with Rasambainarivo, is a member of the emergency unit convened to protect lemurs from the coronavirus. “This confirms lemurs’ vulnerability when in contact with people infected by coronavirus.”

Rasambainarivo said other primates, such as macaques, and felines have an ACE2 receptor that resembles that of humans, and they show signs of respiratory illness when infected. “Certain species, like pigs or dogs, have the [same types of] receptors as well but do not seem to get sick,” he said. “Each species’ susceptibility and whether or not it is capable of propagating the disease is a question to which we do not yet know the answer. In that case, appropriate measures should be taken to protect them.”

In March, an Italian tourist carrying the virus visited a private reserve in Andasibe in eastern Madagascar and infected several people. Direct contact between humans and lemurs occurs often in this reserve.

Thus far, no lemurs have tested positive. Thanks to collaboration between the Antananarivo University Veterinary Clinic, the Veterinary Services Department, and the Institut Pasteur of Madagascar, three sick ring-tailed lemurs (Lemur catta) in Andasibe were tested for COVID-19. The tests came back negative.

Nevertheless, limiting lemurs’ exposure to the virus, especially for high-risk species, by avoiding direct and indirect human contact is crucial, say Ratsimbazafy and Rasambainarivo. The Madagascar government ordered all parks and protected areas to close starting in March. But the risk remains for captive lemurs, of which there are estimated to be 28,000 in the country.

Since the first alerts, actors from the public and private sector with backgrounds in conservation, research, promotion of protected areas, animal health, tourism, and even communication expressed interest in joining the emergency unit. The first meeting took place in May. Members are currently developing response, prevention, observation, and communication strategies. According to Ratsimbazafy, they must wait for restrictions on travel and gatherings to end before implementing these plans.

Herizo Rakotovololonalimanana, the director-general of environment and forests with the environment ministry and a member of the emergency unit, said any plans to emerge from the discussions would only reinforce the ministry’s existing efforts to protect and surveil lemurs. He also pointed out that their eventual implementation would require funding from the state and outside organizations that help manage the country’s protected areas. Resources for conservation, always scarce in Madagascar, are stretched particularly thin during the pandemic, with parks closed and foreign tourists staying home.

Ratsimbazafy, the GERP president, pointed out that the potential for COVID-19 infection in lemurs poses a potentially devastating risk for Madagascar given the animals’ role in attracting tourists to the island, one of the world’s most impoverished.

“We must not forget that lemurs are our emblematic species,” Ratsimbazafy said.

And, since lemurs represent 20% of known primate species, this risk concerns the whole planet.

A version of this story was first published here on Mongabay’s French site on June 25, 2020. 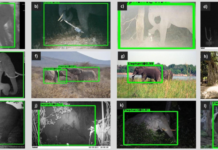 New artificial intelligence could save both elephant and human lives 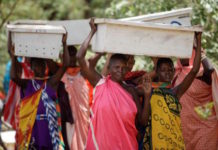 A call for business ideas that protect African wildlife, ecosystems