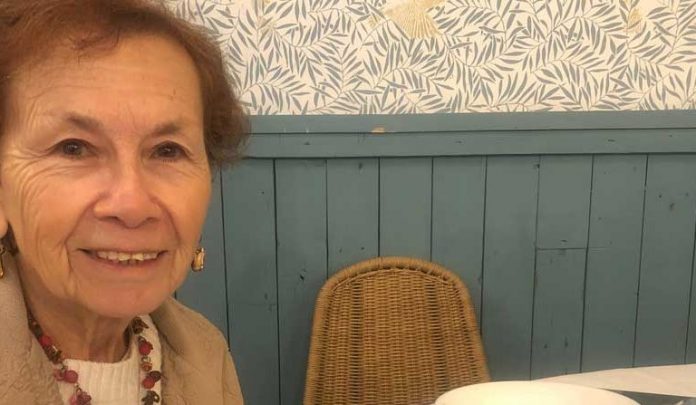 MADRID, Spain — As a child growing up in the high Andes of central Peru, Laura Vargas remembers the transformative power of nature — blue skies and a crystal clear mountain river, the Montaro, in which she swam with her cousins and with “so many beautiful fish.”

But “it wasn’t long before that river was dead,” Vargas recalls in an interview over breakfast during the United Nations Climate Summit (COP25) here in Madrid. “I lived in a village downstream from La Oroya, which the world knows as one of the most polluted places on earth. The [immense copper] smelting plant there destroyed the river and everything in it.”

However unwittingly, that clash between industry and nature put Vargas on a path toward environmental activism. And she is a force.

At 71 and just 4-foot-9, Vargas commands attention and demands accountability of both Peru’s political and industrial leaders — especially when it comes to protecting the country’s bountiful rainforests and the indigenous peoples who live among a Noah’s Ark boatload of biodiversity in the Amazon.

“As there are human rights, nature has rights, too,” Vargas says. “Forests are not just trees; they are a system of life. Every living thing in the forest has a role, and everything is connected. As those living things are a part of nature, they are a part of us, too.”

Vargas is applying her spirituality and vision to a new, and potentially influential, form of religious activism. She is the Peruvian coordinator of the Interfaith Rainforest Initiative (IRI). The multidenominational group formed in 2017, had a presence at COP24 in 2018, and has raised its international profile since September during and after the special UN Climate Action summit in New York City.

IRI aims to leverage the voices and votes of millions of people of faith in five tropical countries for the purpose of slowing the scourge of rapidly spreading deforestation, the ongoing destruction of biodiversity, and the oppression of indigenous peoples living there.

“This (initiative) isn’t about churches planting trees,” says Joe Corcoran, IRI program manager with UNEP, the United Nations Environment Programme. “We want to say clearly and definitively to world leaders: religious leaders take this issue of forests and climate very seriously, and they are going to be holding public officials accountable to make sure these issues are addressed.”

To that end, Vargas, a Catholic from Lima, and two IRI colleagues — Elias Szcztynicki, an orthodox Jew also from Lima and Blanca Echeverry, an Anglican from Colombia — increased the visibility of IRI during the first week of COP25, the Conference of the Parties.

They too met with leaders from tropical countries and spoke at three side events, including the High Level Meeting on Forests at the Chilean pavilion on December 5 attended by more than 200 people.

“We are not here to preach, as in worship services,” says Szcztynicki. “We are here to work with those in influential positions to help stop deforestation and affect climate change.”

The countries on which IRI is focused contain 70% of the world’s remaining tropical forests. They include Brazil, Democratic Republic of the Congo, Indonesia, Colombia and Peru.

Those nations are seeing their natural capacity to regulate the earth’s climate diminished every day by rampant deforestation due to wildfires, mining, timber harvesting, agribusiness, roads, dams and other infrastructure construction.

Peruvian President Martin Vizcarra dissolved Congress several months ago; as a result, party leaders are putting up new candidates to run for office in April 2020’s general election. Vargas has arranged a forum in Lima for December 16, to which the leaders of the nation’s eight top political parties have been invited to discuss their environmental and human rights priorities.

“We want to hear their proposals and decide who we want to support,” Vargas says of the public forum. “Once they get elected to Congress, we want to hold them accountable for their promises.”

Earlier this year, Vargas was successful in motivating Fabiola Munoz, Peru’s influential minister of the environment, to sign IRI’s Faith for Forests Declaration, which in part states: “We commit to advocating for governments to adopt, fulfill and expand upon commitments to protect forests and the rights of indigenous peoples. We will cast our ballots for those that stand for rainforests and environmental defenders.”

“Often, the religious community does not have projects in the field, so this is very different,” Szcztynicki says. “We understand, for example, that 50% of Peru’s carbon emissions come from deforestation. We also understand that indigenous peoples are the best protectors of our rainforests. We want to impact climate change, so we advocate for their rights.”

Vargas says her work with IRI is a natural outgrowth of a life of service. She became a nun in her 20s, but left the convent after six years because the Catholic Church in Peru at the time — in fending off the rise of evangelicals — chose to direct sisters to teach English to wealthy Peruvian Catholics.

“I was drawn to the poor, so I left the sisters to follow my dream,” Vargas recalls.

For 16 years, she worked on the outskirts of Lima with impoverished women, teaching them to read and write. She witnessed the power of literacy as previously embarrassed mothers proudly signed their names to school forms for their children instead of leaving behind a fingerprint.

Vargas survived Peru’s many years of civil unrest and political violence in which an estimated 70,000 ultimately died, and joined the Bishops’ Commission on Social Action in 1989. Teaming up with her friend and environmental crusader Archbishop Pedro Barreto of Huancayo — spiritual overseer of the region that includes the polluted city of La Oroya — Vargas merged human rights activism with environmental outreach. Too many La Oroya children suffered from lead poisoning due to the smelting plant. She wanted to help.

To her, it was all about “caring for God’s creation.” It wasn’t long before she made the connection between Peru’s rampant Amazon deforestation and diminished rainfall patterns due to climate change. When IRI needed a coordinator in Peru, she was eager to volunteer.

“Laura was a pioneer in the Catholic church in Peru, the first woman to hold an executive position in the social ministry,” Szcztynicki says. “She has a very, very long history in faith-based activism and human rights. For her to work with other faiths in nothing new.”

As Vargas leaves Madrid and COP25 this week to return home to Lima, she is fully aware of the daunting fight ahead — prodding reluctant politicians to keep their promises to the environment.

She smiles and says she’s ready: “IRI has given me a goal of defending life and nature on a global scale, and a deeper sense of purpose.”

Justin Catanoso, a professor of journalism at Wake Forest University in North Carolina, covers climate change and climate policy for Mongabay; this is his sixth UN climate summit. Follow him on Twitter @jcatanoso 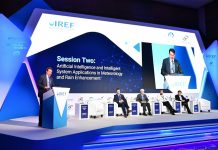 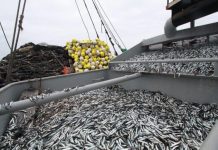 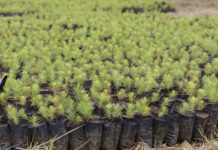