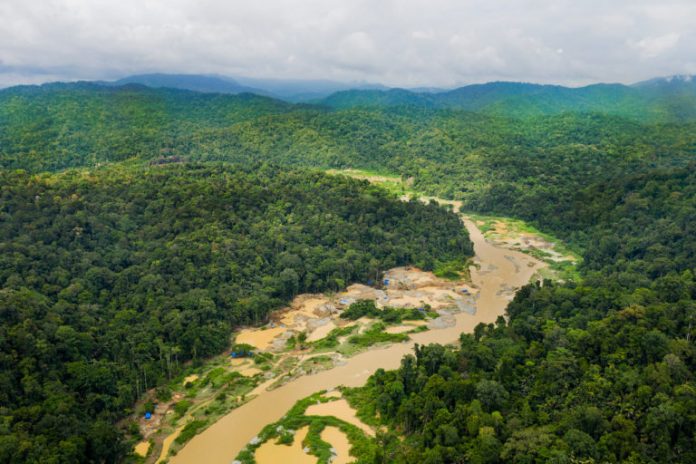 Authorities in Indonesia have expanded their efforts to shut down illegal gold mining in Sumatra, where they practice has grown in recent years.

Officials in West Sumatra province pledged last December to throttle supplies of fuel in locations where the problem is particularly rife, as well as crack down on vendors of mercury and suppliers of heavy equipment such as excavators.

“As of the end of 2019, illegal gold mining is rife again,” said Abdul Aziz, the head of Winalsa, a local naturalist community. He attributed this rise to a reduction in monitoring efforts by law enforcers in West Sumatra. “The miners wouldn’t dare to operate if patrolling was tight,” he said.

Illegal gold mining has long been a problem in West Sumatra. In 2014 authorities declared they had eradicated the practice in the province. Since then, however, reports of artisanal miners operating throughout the province, including in ostensibly protected areas, have increased.

The Indonesian Forum for the Environment (Walhi), the country’s biggest green NGO, looked into those reports late last year. In just the district of South Solok, along the Batang Bangko River, it said it found six active mines and 22 abandoned ones, as well as 33 excavators operating inside the Batanghari Protected Forest.

Mahyulita, 41, a gold miner working in that area, said the mining site is on the local community’s ancestral land. She told Mongabay Indonesia that she used to get about 5 kilograms (11 pounds) of gold a month when she started mining the area, but that yields have since gone down.

Mahyulita said gold mining involves many people who get a cut, from those working on the ground all the way up to officials in the local council and even the police. This network appears to have helped shield the miners from law enforcement, even as they tear up protected forests. “The boss has a connection with the authorities, so we feel safe as we mine,” said Suprapto, 40, an excavator operator who works with Mahyulita.

Mahyulita said her operation was backed by a South Solok district councilor, Syafril, and a West Sumatra provincial councilor, Khairunas. She said she also paid 10 million rupiah ($730) a month per excavator operating on her site to the district police as “protection money.”

Syafril, Khairunas and the South Solok police chief, Iman Yulisdianto, all denied any involvement in illegal gold mining. Iman said his department had confiscated 14 excavators and brought seven cases of illegal mining to court since he took office in April 2018.

The proliferation of the pit mines has long been blamed for environmental damage in upstream areas that has in turn exacerbated flooding and landslides downstream.

“We’re helping to find solutions for this problem that we consider very dangerous to our nation’s sustainability, future generations, and the sustainability of our natural resources,” said Doni Monardo, the head of the National Disaster Mitigation Agency (BNPB). “Local governments can’t succeed without the help of the central government.”

He warned that flash floods and landslides would persist if illegal mining and the deforestation attendant in the practice continue.

“The infrastructure that the government has spent hundreds of billions and tens of trillions [of rupiah] building will go to waste,” Doni said of the increasingly severe impacts of floods and landslides. “The roads will eventually be cut off and the people’s activity will be disrupted.”

This story was first reported by Mongabay’s Indonesia team and published here on our Indonesian site on Jan. 2, 2020. 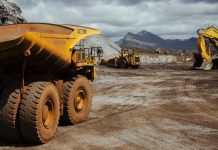 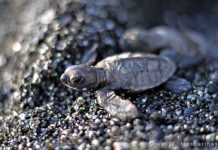 For nesting hawksbill turtles, this Philippine community is a sanctuary 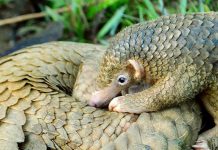 The links between COVID-19, wildlife trade, and destruction of nature with John Vidal