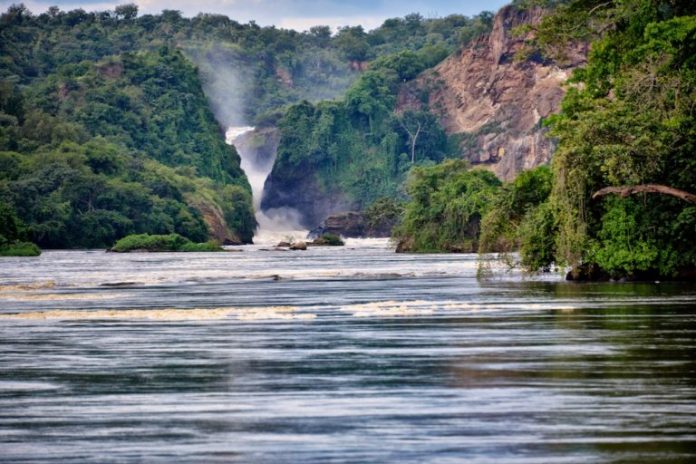 The Ugandan government has announced it will let a South African company carry out a feasibility study for a dam in Murchison Falls National Park, reversing an earlier cabinet decision and prompting a strong backlash from civil society.

In June, the country’s Electricity Regulatory Authority called for public comment on a permit application filed by Bonang Power and Energy to build a 360 megawatt (MW) hydropower dam in the park, where the Nile River famously plunges 45 meters (150 feet) over an escarpment. There was an immediate outcry from environmental groups, tour operators and local communities concerned about the impact a dam would have on the falls and the ecology of the national park.

By the end of the month, New Vision newspaper reported that government was abandoning the plan. Evelyn Anite, the state minister for privatization and investment, said, “We don’t agree with any investor destroying our natural resources. And I don’t expect any investor to be licensed to destroy a national treasure like Murchison falls or even operate in a wetland.”

In August, the tourism minister, Ephraim Kamuntu, also weighed in with an emphatic no. “Cabinet took a decision at its latest sitting that there will be no construction of the hydropower dam in Murchison Falls National Park,” he told AFP. “Definitely we still need more electricity to power our expanding economy, but this project can go elsewhere, not in the park.”

And that, it seemed, was that.

But at a Dec. 3 press conference, the minister of energy and mineral development, Irene Muloni, said the decision not to pursue a hydro dam in the national park had been reviewed and a memorandum of understanding signed with Bonang to conduct a feasibility study after all. “In order to make a scientifically informed decision, Cabinet reviewed its decision yesterday [Dec. 2] and agreed that a feasibility study is undertaken on the Uhuru Falls site.”

She stressed that the study would examine the feasibility of a dam on Uhuru Falls, a cataract 500 meters (1,640 feet) from the better-known Murchison Falls, created when the river jumped its banks during heavy flooding in 1962.

The proposed dam site is in Uganda’s leading tourist attraction, part of the larger Murchison Falls Conservation Area (MFCA) — 5,594 square kilometers (2,160 square miles) of protected area covered by a mixture of woodlands and savanna, with several high mountains rising above the canopy. It is drained by a number of small, seasonal rivers and an 80-kilometer (50-mile) stretch of the Nile.

The MFCA has an exceptional variety of plant species and is home to hippos (Hippopotamus amphibius), elephants (Loxodonta africana) and Rothschild’s giraffes (Giraffa camelopardalis rothschildi), as well as chimpanzees (Pan troglodytes) and black-and-white colobuses (Colobus spp.). More than 500 species of birds are found within the reserve, including threatened shoebills (Balaeniceps rex), saddle-billed storks (Ephippiorhynchus senegalensis) and lappet-faced vultures (Torgos tracheliotus).

Significant numbers of people have resettled around the conservation area’s boundaries since the mid-2000s, returning from internal displacement camps following the departure of the rebel Lord’s Resistance Army from the region. Still others have been drawn to the area by the promise of jobs linked to oil exploration here, putting some pressure on the park environment through hunting, farming, and gathering of fruit and wood for fuel.

The government’s about-face on considering a dam in the area comes as no surprise to Sam Mucunguzi, national coordinator for the Ugandan NGO Citizens’ Concern Africa (CICOA). “The revival of the Murchison Falls dam project has been there all along, only that it has been silent to the public,” he told Mongabay. “It’s only recently when a journalist asked the minister of state for tourism about the project, that he mentioned about what government intends to do. The president is of late obsessed with power generation and I don’t think he has been briefed on alternative sources of electricity.”

CICOA is one of a group of civil society organizations that wrote an open letter to Ugandan President Yoweri Museveni at the end of November setting out their arguments against the plan for a dam.

Referring to the government’s domestic and international commitments to biodiversity and conservation, the letter highlights the environmental and social significance of Murchison Falls National Park and the reserve’s vital role in protecting watersheds and nutrients, storing carbon and regulating the local climate.

The CSOs also point out the purely economic value of preserving the park and adjacent forest reserves. A 2017 study by the government’s own National Environmental Management Agency calculated the total yearly value of timber and other wood for fuel; of fruit, honey and bushmeat; and of course tourism from the protected area at over 400 billion Ugandan shillings ($109 million).

The Murchison Falls Conservation Area is already being encroached upon by oil exploration by France-based transnational Total. Three exploratory wells have been drilled within the boundaries of the reserve, with at least ten more expected to follow.

“The impacts are immense and dangerous to ecosystems and general biodiversity. There’s the destruction of flora and fauna when constructing what are called oil roads. The opening of the roads in parks eases movement of poachers. Animals are affected because of noise from construction and have run away. The risk of an oil spill will definitely affect the water and vegetation greatly. When you read the ESIA report and see the mitigation measures in this regard, they are not specific and convincing,” said Mucunguzi.

While there’s no risk of an oil spill from a hydro dam, the harm caused by new roads and construction, and eventually a reservoir and the unavoidable changes to the river’s flow will negatively impact the park.

The groups appealed directly to President Museveni to ask him to rule out construction of a dam anywhere in the MFCA and look to alternative ways to increase power generation.

“Government’s desire to transform Uganda from a peasant to industrial economy within the next 22 years will require, among other things, increased power generation capacity and the consumption,” Mucunguzi said. “Government has ignored to look at … the smart and clean options of renewable energy generation for Uganda. Solar energy for instance is cheap, safe and clean, we have all year round good weather.”

Meanwhile, the energy ministry has issued a statement saying Bonang Power and Energy is to lead a consortium including Norconsult, the Norwegian energy consultants, and Russia’s JSC Institute Hydro in carrying out a feasibility study for a dam on Uhuru Falls.

There’s scant information about Bonang, and little evidence of any previous work on hydropower by the South African company — or indeed, evidence of any previous work at all. The South African companies’ registry reveals only that it was founded in 2014, deregistered two years later for failing to file annual returns, and re-activated in mid-2017. Its sole listed director, Ernest Moloi, is associated with more than 70 other companies, many with similarly hollow profiles. The company website appears to have been taken down, leaving only a Facebook page. The company’s listed phone number has been disconnected and emails bounced back.

This has raised questions about the company’s capacity to carry out a feasibility study. The Electricity Regulation Authority told Mongabay by email that the application for a permit was “rejected on the basis of a financial evaluation of Bonang, legal conclusions, technical conclusions, and environmental and social conclusions” and it will have to apply again.

Clarifying Norconsult’s role, Øystein Lilleland, the company’s head of global markets, said the Norwegian energy company had been approached as an internationally recognized independent consultant. “We can confirm that we have made a proposal and has been preferred as an independent consultant to review and update previous feasibilities and environmental & social studies for this project. The studies will eventually confirm whether the project is feasible, based on the environmental, social, technical and financial aspects.”

There are significant risks if the dam eventually goes ahead, says Enock Nimpamya of Action Coalition on Climate Change.

“Once it’s constructed, it will likely affect the flow of water and the natural evolution of the site. It’s a natural process, and when you interfere with this … We had the same scenario near Jinja, when they constructed a dam near Owens Falls. We warned the government not to construct it, but immediately [after they did], the falls were affected.”

Tourism operators fear the loss of an iconic site that attracts tens of thousands of visitors yearly. Nimpamya told Mongabay the dam will also affect the flow of water to Sudan and Egypt downstream, potentially provoking a diplomatic spat or even more serious conflict. 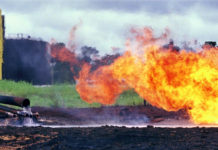 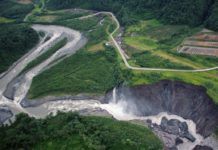 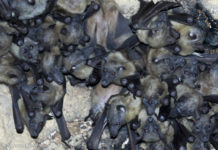