Hotspots signaling fires in Indonesian Borneo and Sumatra have increased nearly sevenfold over a four-day period in September, according to official reports.

Fires are typically used across Indonesia to clear land, often carbon-rich peat forests, to make way for oil palm or pulpwood plantations. The resultant haze can travel as far as neighboring Malaysia and Singapore. This year’s fires are expected to be particularly harsh, aggravated by an intense dry season and El Niño weather pattern, following milder conditions the past three years.

As of the end of August, fires had burned through 42,740 hectares (105,600 acres) of land across the archipelago — double the amount of land burned at this same point last year, and spanning an area two-thirds the size of Singapore.

In the wake of surge in fires and subsequent smoke, and amid fears of another episode of transboundary haze, the Malaysian government has called on Indonesia to take immediate actions to fight the disaster.

Malaysia’s ministry of science, technology and innovation said it would “send a diplomatic note to Indonesia, so immediate action will be taken to put out the fires and prevent repeated burning,” Reuters reported on Sept. 6.

Haze from West Kalimantan was detected crossing into the Malaysian Borneo on Sept. 5, according to Indonesia’s weather agency. In August, haze from fires in Sumatra were detected billowing across the Malacca Strait to Malaysia. Affected regions there included Kuala Lumpur, Selangor, Putrajaya, Negri Sembilan and Penang, according to the Malaysian Meteorological Department.

But the Indonesian government has refuted claims that the recent uptick in hotspots in Indonesia has resulted in transboundary haze. Environment and Forestry Minister Siti Nurbaya Bakar told local media that Malaysia’s latest complaint about the haze was incorrect and “without any substance,” and therefore “unacceptable.”

She also said she had confirmed with the disaster mitigation agency and weather agency that no haze from fires in Indonesia had crossed to Malaysia in the past week. Siti called on the Malaysian government to deal with fires in its Bornean state of Sarawak instead.

Indonesia has deployed more than 9,000 personnel from the military, police and disaster mitigation agency to fight the fires, and has declared a state of emergency in six provinces in Sumatra and Borneo.

The haze from the 2015 fires stoked a diplomatic row between Indonesia and its neighbors, with Vice President Jusuf Kalla criticizing Singapore and Malaysia for complaining about the haze and asking them to be grateful instead for the clean air they enjoyed the rest of the year.

But the burning also prompted a raft of policies from President Widodo aimed at preventing future fires, in particular the establishment of an agency to restore and conserve peat forests. The draining of these forests’ carbon-rich soil is one of the first steps to clearing the land for planting, but it also renders the peat layer highly combustible.

The agency overseeing these efforts has focused on blocking drainage canals and rewetting peatlands. It has also drilled nearly 12,000 wells as of 2018 to provide easily accessible water for firefighting efforts. 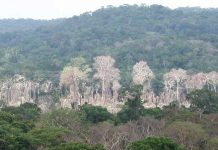 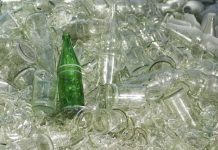 Make 2020 the year to get off your glass, recycle and make a difference! 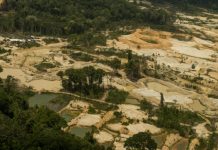