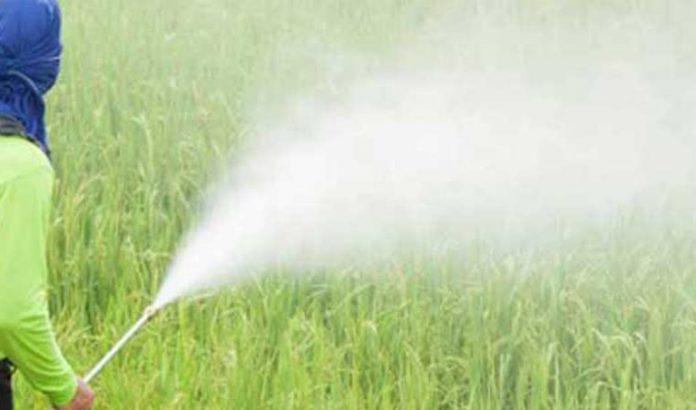 Brazil is experiencing an explosion in the number of new pesticide registrations authorized this year. Since the Bolsonaro administration came to power on 1 January to the end of July, 290 new pesticides have been approved for use — nearly 1.4 per day. And the pace is only expected to quicken with the recent announcement of a change in the toxicological evaluation of herbicides and insecticides by Anvisa, Brazil’s health protection agency.

With Brazilian agribusiness already one of the largest users of pesticides in the world, and the nation’s populace experiencing serious health concerns as a result, environmentalists and public health experts have expressed grave concern. At present, Brazil has registered 2,300 pesticides for use — some of them banned in the European Union (EU), US and elsewhere.

The current authorization rate is the highest ever recorded by the Ministry of Agriculture (MAPA) since the agency began releasing data in 2005. In comparison to the 290 pesticides approved in the first seven months of 2019, just 45 were approved over the same period during 2010. This June and July alone, MAPA published registrations for 93 new pesticides in the Official Gazette.

Contacted by Mongabay, the Ministry of Agriculture responded that the general coordinator of pesticides, Carlos Venâncio, was not available for an interview.

According to a MAPA press release, the goal of releasing so many new products is “to increase market competition and lower prices. [Also] to provide new and more efficient control alternatives for the environment and human health.”

The National Union of Plant Protection Products Industry (Sindiveg), which represents the pesticide industry, did not grant an interview, but sent a note through its communication office: “Regarding the number of formulated [ready-to-use] products, all registrations are new brands [whose ingredients] were already available on the [Brazilian] market. That means more options for the farmer, [but] not an increase in the amount of pesticide used on the crops.”

Analysts point out that new formulations can include a toxic cocktail of various pesticides, whose interactions are rarely if ever tested or whose combined impacts on people and ecosystems are largely unknown. Also little studied is pesticide persistence on harvested crops which are consumed in Brazil or exported to the EU and other international markets.

Victor Pelaez, coordinator for the Observatory of the Pesticide Industry at the Federal University of Paraná (UFPR), disagreed to some extent with the MAPA press release, noting that the increase in registrations will not necessarily result in a drop in prices. “This is yet to be proven,” he said. “The market has a structural characteristic, whereby competition is not determined primarily by prices, but by the degree of market concentration. The four largest pesticide companies [Bayer, Syngenta, BASF and Dow AgroSciences] occupy 70 percent to 80 percent of the Brazilian market and set the prices. They also have the most well-known brands, which generate a preference.”

Pelaez, professor of economics at UFPR, remarked that of the 290 newly approved pesticides published in the Official Gazette this year, 41 percent were classified by Anvisa as extremely or highly toxic, and 32 percent are prohibited in the European Union. “How do these authorizations address a concern for the health of the population and the environment?” he asked.

In addition to the wave of new products, a new regulatory framework for the assessment of health risks related to pesticides was established by Anvisa in July that will reduce the restrictiveness of toxicological classifications, with potential consequences for the future.

From now on, only life-threatening pesticides — deadly when swallowed, inhaled or when coming in contact with the skin — will be classified as extremely toxic. Since 1992, a product that caused ulceration, skin corrosion or corneal opacity, for instance, fell into the extremely toxic category. That is no longer the case. Anvisa, under Bolsonaro, promptly reevaluated 1,942 previously registered pesticides, with the number considered extremely toxic dropped from 702 to just 43.

“Brazil is going in the opposite direction from most developed countries, which have been reducing the use of pesticides. The Ministry of Agriculture says that the goal is to put new technologies on the market, products of less toxicity, and yet a large part of those being released are generic products of high toxicity, whose active ingredients are old. They have been on the market for years or decades,” said Luiz Claudio Meirelles, a researcher at the Oswaldo Cruz Foundation (Fiocruz).

Former Anvisa general toxicology manager, Meirelles attested to the government’s inconsistency in approving new brands whose active ingredients are being re-evaluated by the health agency due to their potential risk.

One example is glyphosate — the globally popular but highly controversial Monsanto herbicide typically sold under the Roundup product name. At least 11 additional brands containing glyphosate were released this year in Brazil, despite continued studies and lawsuits demonstrating its adverse impacts. Glyphosate is the most widely used herbicide in Brazil, but has been declared a probable carcinogen by the International Agency for Research on Cancer (IARC), an arm of the World Health Organization.

Despite the quickening pesticide evaluation and registration process carried out by Anvisa and Ibama (Brazil’s federal environmental agency), and the frequent complaints from the ruralist lobby that pesticides take too long to be approved — many registered products still end up not ever being commercialized, according to a UFPR study, mentioned by Meirelles. “They can represent up to half of all requests. Manufacturers view the registrations as a financial asset, which can be sold later to another company. And if a manufacturer goes up for sale, the registrations are part of its portfolio of products.”

Recently Anvisa has undergone another major change. In recent months, it has transferred employees from other areas to pesticide analysis, apparently to speed up certifications. Contacted by Mongabay, the agency did not say how many people currently perform that work.

According to Meirelles, when the agency was created, doctors, agronomists and biologists hired for the certification task had to possess a Master’s degree in Applied Toxicology. “It is a job that requires high qualification, there are many sensitive points involved, and the professionals need to be able to discuss with the manufacturing companies’ toxicologists.” The researcher said that about 60 percent of these professionals have left Anvisa since 2013.

Half a million tons of pesticides applied per year

The two completely new active ingredients authorized in 2019 are cause for concern, experts say. Florpirauxifen-benzyl has never been tested in the European Union, while sulfoxaflor is linked to massive bee deaths.

With about 300 native bee species, Brazil is already experiencing problems in that area. Between October 2018 and March 2019, for example, 500 million honey bees (Apis mellifera) died in Rio Grande do Sul state.  A technical report by the Ministry of Agriculture’s National Agricultural Laboratory detected five types of pesticides in the insects, among them fipronil, regularly used with the state’s soybean crops.

Soybean plantations consume about half of all the volume of pesticides traded in Brazil. According to Ibama, Brazilian agriculture used 539,900 tons of pesticides in 2017. That amount represents US$ 8.8 billion, according to Andef, the pesticide manufacturers’ association.

the United Nations Food and Agriculture Organization (FAO). WorldAtlas.com ranks Brazil as the fifth largest consumer of pesticides in the world.

Some experts say that MAPA’s claims are misrepresentative. “Applying an overall average with all existing crop types is misleading,” explained UFPR’s Pelaez. “The FAO indicator is inconsistent, very shallow.… MAPA omitted that soy crops in Brazil use 8.9 kilograms (19.6 pounds) of pesticides per hectare, while tomato crops reach 100 kilograms (220 pounds) and apple plantations 129 kilograms (284 pounds) of pesticides.… Not to mention that soy crops use 21 million hectares of planted areas, while tomatoes use only 62,000 hectares. ”

Contacted by Mongabay, FAO did not respond before publication of this story.

Pelaez criticized Brazil’s massive application of pesticides by agribusiness: “Instead of assessing the level of insect infestation in a crop and then doing corrective work, they act preventively and apply pesticides in an indiscriminate way. It is like trying to prevent a cancer that you don’t have. They don’t need to keep monitoring the crop, which is much cheaper. It’s an agriculture characterized by saturation, not precision.” 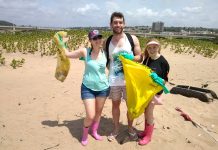 A successful clean-up with #CleanBlueLagoon! 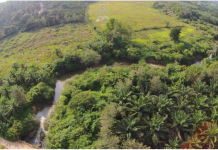 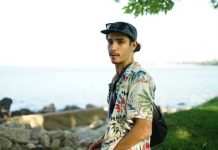