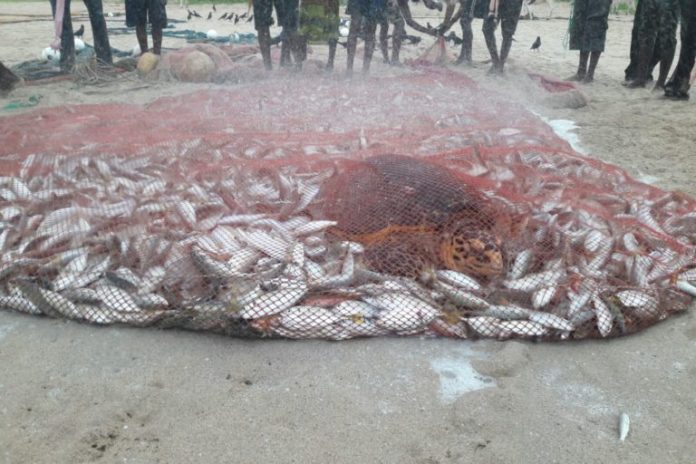 COLOMBO — The Sri Lankan Navy has rescued 32 sea turtles that were likely being reared for their flesh, highlighting just one of the key threats to turtles migrating through this Indian Ocean island at this time of year.

A naval patrol on Nov. 24 in the Gulf of Mannar, which separates Sri Lanka from India, initially identified a turtle trapped in a shrimping net. A team of sailors deployed to rescue the animal discovered more turtles trapped in the net. In all, they rescued 32 sea turtles, among them olive ridley (Lepidochelys olivacea) and green turtles (Chelonia mydas).

Though turtles are frequently trapped by accident in fishing nets, it appears likely these animals had been caught elsewhere and corralled in these shrimp pens, according to navy spokesman Isuru Sooriyabandara. He told Mongabay that a patrol two days earlier, on Nov. 22, had seized 4 kilograms (9 pounds) of turtle flesh from a boat close to the same location, raising the prospect that local fishermen were keeping the turtles for later consumption.

It’s the first two, however, that account for nearly the entire population of nesting turtles in Sri Lanka: 68 percent are green turtles and 30 percent olive ridley turtles, according to the National Aquatic Resources Research and Development Agency (NARA). While the peak nesting frequency for green turtles in this region runs from February to April, the period between November and March is prime time for olive ridleys, which flock in the hundreds of thousands to beaches around the Bay of Bengal, including parts of Sri Lanka, to nest.

But the rise in turtle numbers during this time of the year leads to a spike in hunting of the animals by local fishermen — a trend that navy spokesman Sooriyabandara said authorities were vigilant about.

Still, fishing nets set in the Gulf of Mannar and elsewhere accidentally catch a lot of turtles, especially in the final quarter of the year as they migrate across Sri Lanka waters to their breeding grounds, according to Thushan Kapurusinghe, the project leader of the Turtle Conservation Project (TCP) in Sri Lanka.

The TCP conducted its first olive ridley rescue program from September 1999 to March 2001, in a bid to save turtles entangled in nets. It hired a boat and followed fishermen as they went fishing at dusk. The nets were checked throughout the night for possible entanglements, and any turtles found were immediately released. Over the two and a half years of the project, a total of 278 olive ridleys were rescued, comprising 157 females, 86 males and 35 whose sex was undetermined.

“The monitoring was strenuous, as a fishing net could extend several kilometers and these are laid on considerable distances to prevent turtles from getting entangled. So only a portion of fishing nets could be monitored by the TCP boat each night,” Kapurusinghe said, adding that the real rate of entanglement was likely much higher.

Lalith Ekanayake, the chairman of the Bio Conservation Society (BCSSL), which also focuses on turtle conservation, said that while entangled turtles are able to keep their head up to breathe, the turtles that get caught deeper underwater are at high risk of drowning. Even those saved from the nets don’t always get away clean; many suffer injuries from the nylon mesh of the fishing nets, sometimes so severely that they require amputation of their flippers.

The IUCN Species Survival Commission’s Marine Turtles Specialist Group also recognizes the impact of fisheries as the biggest threat to marine turtles, while other threats include hunting, egg extraction and other pressures. “The turtles virtually everywhere are impacted by fisheries, especially longlines, gill nets and trawls. Millions of turtles are killed indirectly by fisheries every year worldwide,” said Roderic Mast, co-chair of IUCN-SSC Marine Turtle Specialist Group. Fishing nets that have been lost, abandoned or discarded at sea, known as ghost nets, pose the worst of fishing threats to turtles, Mast told Mongabay.

All marine turtle species found in Sri Lanka are listed as endangered on the country’s National Red List and are legally protected under the Fauna and Flora Protection Ordinance and the Fisheries and Aquatic Resources Act. But laws alone can’t address the threats, Ekanayake said, adding that there needs to be greater awareness among fishing communities about their role in the issue. Both the BCSSL and the TCP run awareness campaigns about the importance of marine turtle conservation.

Turtle nesting sites abound all around Sri Lanka, with the major nesting beaches on the western, southwestern and southern coasts. There’s a rapid decline of turtles all over the island, Kapurusinghe said, especially the leatherback, hawksbill and loggerhead varieties.

“For example, the Rekawa nesting site [in the south] hasn’t seen a leatherback turtle in two years or a hawksbill in four years, which is alarming,” Kapurusinghe said.

Banner image of a turtle stuck in a fishing net. Image courtesy of the Bio Conservation Society.

Old tires can be mixed with rubble to make new roads 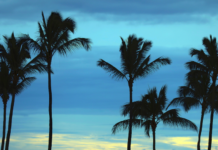 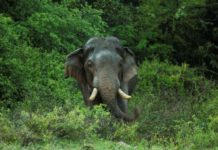