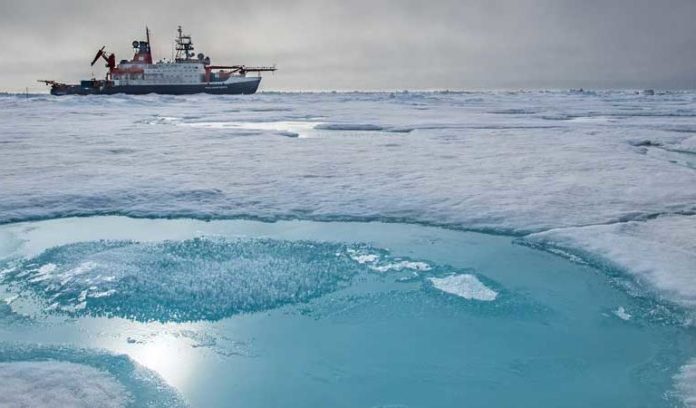 After a spring and summer that saw record-breaking heat waves above the Arctic Circle — with 100+ degree Fahrenheit temperatures — the sea ice floating atop the Arctic Ocean reached its annual minimum extent last Wednesday, with 3.74 million square kilometers (1.44 million square miles) of sea ice remaining, coming in a close second to 2012.

“Last year, we were kind of tied with 2007 for the second lowest on record,” says Mark Serreze, director of the National Snow and Ice Data Center. “Well, this year we’ve blown way past 2007.”

Though the Arctic entered 2020 faring better than it had in recent history — a March maximum ice extent of 15 million square kilometers (5.79 million square miles) was well above the previous five years — trouble began shortly after.

“We had a very early melt-out on the Siberian side,” explains Serreze. The Northern Sea Route over the top of Russia was “wide open for a couple months due to the Siberian heatwave. Once you start melting that, you get this feedback loop going. It exposes the dark ocean below, which absorbs the sun’s rays and helps to melt more ice.”

The 2020 melt season was punctuated by periods of rapid acceleration, with things finally slowing down at the start of August, only to pick up the pace again mid-month. In the latter half of August, ice extent declined by 1.1 million square kilometers (425,000 square miles), substantially exceeding the average ice loss — 800,000 square kilometers (309,000 square miles) — during the same time period between 1981 and present day.

Ultimately, 2020 didn’t quite clinch the record due to a subtle shift in atmospheric circulation patterns come September, but there’s no question this was a landmark year, according to researchers.

In addition to the ice-free Northern Sea Route along the Russian coast, the southern part of the Northwest Passage in the Canadian Arctic also opened. Most notably this year, on the Atlantic side of the Barents Sea near Norway, Serreze says “the ice edge receded all the way up to 85 degrees North — within just five degrees [and about 350 miles] of the pole. That is pretty remarkable. I have not seen something like that on the Atlantic side before.” Sea ice also melted out along a large portion of Greenland’s northern coast.

The drastic heating up of the Arctic is significant in itself, but also to the planet. Over the past 30 years, the region has warmed at twice the rate of the rest of the world, with the significant shifts up North not only felt there, but ultimately influencing weather patterns in the lower latitudes, possibly as far south as the equator.

Jennifer Francis studies these connections as a senior scientist at Woodwell Climate Research Center in Massachusetts. Her past research has focused extensively on how Arctic warming impacts the mid-latitudes of North America, primarily through a weakening of the northern jet stream — a high speed, high altitude river of wind that circles the pole.

The temperature difference between the Arctic (cold) and the temperate zone (warm) is one of the primary drivers of the jet stream in the Northern Hemisphere. But as sea ice vanishes and Arctic temperatures increase, the temperature variant between these regions is getting smaller. That means there’s less force driving the winds in the jet stream from west to east. Losing energy, the weakened jet stream starts to swing wildly southward, deviating from its typical polar path into lower latitudes which can cause temperate weather patterns to stall in place — bringing extended bouts of extreme weather, either drought or deluge, heatwaves or even cold periods.

In light of this year’s near-ice record, Francis says, “We would expect to see a big atmospheric effect this coming fall and winter due to all that extra heat which has gone into the Arctic Ocean because the sea ice is reduced.”

This month, Francis co-authored a study in Scientific Reports examining how Arctic warming has impacted, and may impact, weather regimes over Asia. As the Arctic heats up, “we should see weather conditions become more persistent, more long-lived — whether it’s dry, wet, hot, or cold. This [study] was trying to get at that last step in the chain of events by measuring where these regimes were becoming more persistent.”

Already, she and her team found that Asia has experienced an increase in frequency of catastrophic flooding, heat waves, and cold spells over the past 70 years. Many of these severe events last for days or even weeks at a time, seriously disrupting daily life and the continent’s emerging economies. In the future, Francis’ research suggests these “long-duration events” will occur more often as the Arctic continues warming. “These high-impact events will wreak havoc on the Asian economy and lives of the over 4.5 billion people who live there.”

Come February 2021, she says researchers will be looking closely to see whether a large, wavy pattern emerges in the jet steam which tends to trigger such persistent weather patterns

The Arctic in hot water

It’s not only the atmosphere that’s been put through the proverbial washing machine as the Arctic warms.

In a paper published in the Journal of Climate last month, scientists found that the “Atlantification” process of the Arctic Ocean is continuing, with potentially dire consequences for the region’s sea ice — and by extension the world’s climate.

The Arctic Ocean, like all the world’s oceans, is layered. At the top, is a cold, fresh surface layer, known as the “halocline,” which is underlain by a warmer, saltier layer imported via the northern Atlantic Ocean. Due to differences in density, the halocline typically acts as a seal and cap, preventing that warm water from bubbling up to the surface. But as the climate changes, that deeper Atlantic water is moving upwards and blending with the cold water that sloshes against the underside of the sea ice. Scientific observations reveal that this warm water “blob” has shifted roughly 70 meters (230 feet) up toward the surface in the past two decades which, in turn, has transmitted more heat to the ice.

“As if things weren’t bad enough for Arctic ice, there’s a new positive feedback in the game now,” says Eddy Carmack, a celebrated Arctic oceanographer and study co-author. “In the past it was the changing atmosphere that dominated sea ice loss … Now, ice loss has passed a new milepost, and is less able to protect the underlying ocean from wind and tidal mixing.”

Overall, researchers concluded that this heat transfer has led to a two-fold reduction in the growth of sea ice in the eastern Eurasian basin over the winter months. This means that at the start of the melt season in late March, the Arctic is already starting out with less ice before it’s further subjected to hotter atmospheric and sea-surface temperatures during the melt season.

“This liminal space between an ocean that was and is no more, and an ocean that is becoming something unknown, requires sober thought; are we prepared for the unpredictable consequences?” asks Carmack.

It’s a question that troubles many interdisciplinary scientists.

Banner image: The German icebreaker Polarstern moves through thin Arctic sea ice in August 2020; many melt ponds have formed atop the ice in the foreground. Image by Lianna Nixon/CIRES and CU Boulder. 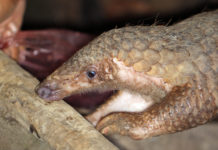 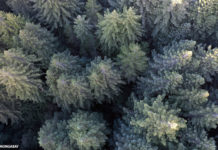 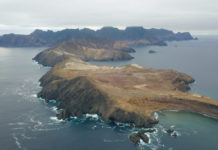