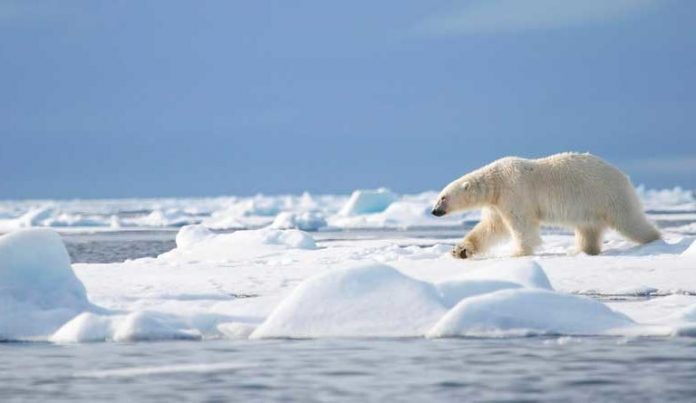 Arctic sea ice volume plunged to new lows last month with a July average of just 8,800 cubic kilometers (2,111 cubic miles) of ice remaining atop the Arctic Ocean. According to Arctic experts, that’s the lowest July monthly average on record, though still within the margin of error of second place July 2017. Overall, July 2019’s monthly ice volume was roughly half that of the mean value for 1979 to 2018.

For anyone watching the Arctic this year, this dire data comes as little surprise. Things have been hot in the Far North, to say the least, with record heat waves, dramatic melt-outs and unprecedented wildfires.

At the start of August, UN press secretary António Guterres announced that July 2019 was the hottest month ever recorded, with average global temperatures at least 1.2 degrees Celsius (2.16 degrees Fahrenheit) higher than the pre-industrial average, when record keeping began. During July, fires raged across millions of acres in the Arctic; the Greenland Ice Sheet lost billions of tons of ice; Alaska shattered heat records; and Europe endured a staggering heat wave.

Meanwhile, sea ice extent across the Arctic was the lowest it had been for July and the start of August since the beginning of the satellite record in 1979. But by mid-August, the polar region had recovered slightly, with 2019 ice extent exceeding that of 2012 by 234,000 square kilometers (90,300 square miles) as of August 17. Analysts expect 2019 to be behind record 2012 when the ice reaches its lowest extent in mid-September, though weather could still change that outcome.

A year of nonstop Arctic heat

Earlier this year, with sea ice melting fast, scientists suggested that setting a new record for the annual sea ice extent minimum come September would depend on whether a hot, high pressure system moved into the Arctic at the start of August. Well, it did. But that new record remains tenuous.

During the last week of July, much of Europe sweltered under record high temperatures. By the end of the month, that high pressure system shifted northward into Finland, Sweden, and Norway, and then into the Arctic over vulnerable sea ice. Temperatures in Scandinavia subsequently shot up into the 90s, with one location above the Arctic Circle hitting 94.6 degrees Fahrenheit (34.8 degrees Celsius).

From there, the hot air traveled west, leading to a mind-boggling melt of the Greenland Ice Sheet. By August 2, satellite data from the National Snow and Ice Data Center revealed that more than 380,000 square miles — about 60 percent of the ice sheet’s total ice area — was experiencing melting. Billions of tons of ice entered the ocean as glacial run-off, generating concerns about global sea level increases, should such a pattern persist in future summers.

It’s important to note that the melt of Arctic sea ice doesn’t have any effect on ocean levels as the ice is already afloat in the water, but it’s a troubling sign of a new normal in the Far North — a “normal” where reindeer starve en masse, where walrus haul out on rocky spits rather than ice floes, and where wildfires rage across the tundra, adding greenhouse gases to the atmosphere.

How did we get to this point? The short, and obvious answer, is climate change. But just because the Arctic is hotter doesn’t guarantee we’re going to set a new sea ice extent or volume record every year — annual weather fluctuations prevent that. In order to drop to new lows, key factors have to come together to create a perfect storm. That’s what we’ve witnessed in 2019.

“By the beginning of August, the pace of ice loss tends to drop rapidly,” the National Snow and Ice Data Center reported. But “2012 was an exception, when the average August ice loss rate remained quite rapid [possibly due to the so-called Great Arctic Cyclone, which ravaged already weak ice]… leading to a new record low for the September minimum that year.”

But in 2019 things hadn’t slowed down by early August, either, despite the lack of storms. “As of August 5, 2019, the total sea ice extent has dropped below 6 million square kilometers, something which has not occurred prior to 1999,” wrote NSIDC. The center now predicts this year will rank in the top five lowest minimums for extent. However, extent loss has slowed down somewhat in recent days — though some ice observers note this might be due not to less melt, but to spreading of the ice as it exits the Arctic via Fram Strait east of Greenland and elsewhere.

2019 began with disturbingly low ice cover in the Bering Sea, a hangover from warm temperatures in the region the previous autumn. “It just doesn’t seem like it’s as thick or as robust as it should be,” Rick Thoman, a climate specialist with the University of Alaska Fairbanks, told Mongabay at the time.

Low ice extent in the Bering Sea early in the season can be bad news for the Chukchi Sea, which borders the north Alaskan coast. Sure enough, the Chukchi Sea had anomalous low ice cover this melt season.

At the end of March, Arctic sea ice extent plummeted by more than a million square kilometers (386,000 square miles) in an unusually sharp decline. Much of the loss was in the waters around Alaska, with the Bering Sea virtually ice-free. The precipitous changes didn’t end there.

A high pressure system lingered over the North American Arctic for much of June, bringing intensified sun and heat. This system, coupled with a low pressure system over northeastern Eurasia likely created what scientists call an “Arctic Dipole Anomaly” effect, which helped push a big flux of ice out of Fram Strait, between Greenland and Svalbard — destroying a lot of formerly persistent multi-year ice.

At the beginning of August, no ice remained in the waters around Alaska. “As of about [two weeks] ago, at the analysis scale, there was no ice left within about 150 miles of Alaska,” University of Alaska Fairbanks’ Thoman told Mongabay. The closest remaining sea ice was then in the Canadian portion of the Beaufort Sea.

Though a dearth of ice around Alaska isn’t unusual during the melt season, past years haven’t reached that point until late August or September. “Prior to the late 1990s, that probably never happened,” Thoman adds.

This early ice loss has wreaked havoc on ecosystems and human systems in the northern Bering Sea region. For example, Southern Bering Sea fish species have come rushing north. “This past June, in Nome, people were catching Pacific cod in their crab pots,” reports Thoman. That’s troubling, as Pacific cod eat juvenile crab, potentially reducing the harvest of this valuable crustacean in the future. Meanwhile, there have been reports up and down the Alaskan coast of non-spawning salmon showing up dead in rivers, which would be linked to warmer water temperatures.

With the 2019 sea ice extent trend now curving above the path of 2012’s record low, a new record may no longer be in the cards this year, but that still depends on if another bout of hot weather moves into the Arctic, or a major storm breaks up the ice over the next few weeks. Arctic scientists typically call the annual minimum around mid-September, so there’s still ample time for things to get worse, or a little better.

More importantly, 2019 has shown that 2012 was no fluke, with sea ice extent and volume continuing to play tag with annual record lows, and threatening to go lower. This year demonstrates that the Arctic Death Spiral has not stalled, but remains underway. 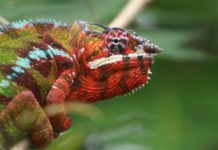 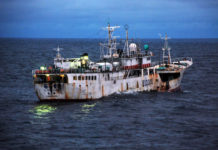