First Middle East Stevie Awards to be held this year has started to receive entries. The award program will accept nominations from 17 countries in the Middle East and North Africa. Attending “Ras Al Khaimah (RAK) International SME Fair” in the United Arab Emirates on November 14-16, 2019, the program will share information with more than 200 SMEs about  the application process, criteria and all details about the award.

RAS AL KHAIMAH, United Arab Emirates–(BUSINESS WIRE/AETOSWire)– Middle East Stevie Awards, the new awards program by Stevie Awards, one of the most prestigious business awards of the world, has initiated its efforts to provide help and support to the nominations for 2020. The award program aiming to reach a lot of companies, whether large or small, will first attend Ras Al Khaimah (RAK) International SME Fair to be organized in the United Arab Emirates between November 14-16, 2019. Attending the fair with RAK Chamber of Commerce, sponsoring Middle East Stevie Awards, the program will provide detailed information about the nominations to more than 200 SMEs participating from more than 25 countries around the world. The award program that will be held in the Middle East for the first time will accept nominations until December 4, 2019.

MENA Stevie Awards focus on innovation regardless of the company size

Small organizations have just as much chance to win a Stevie as big enterprises do. Every year, world-famous companies are joined in the winners’ circle by small and medium-size organizations that are still building their brands. Middle East Stevie Awards is focusing on the innovation concept, especially this year. Based on the fact that change and innovation are essential for the sustainability of businesses in the competitive market, the awards program will accept nominations in more than 100 categories, including management, marketing, customer service, human resources, web site, technology and others.

The Stevie Awards receive nominations over 10 thousand from more than 70 countries each year. Nominations will be accepted in Arabic and English free of charge, and the projects will be evaluated by more than 100 professionals from all around the world. Winners of the Gold, Silver, and Bronze Stevie Awards will be announced on January 8, 2020, during a gala event in the United Arab Emirates, Ras Al Khaimah. 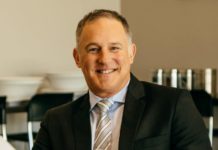