Mr Thabane formally quit this week after he had initially resisted calls for him to resign, insisting he would only do so end of July 2020 at the earliest. He has been succeeded by former finance minister Moeketsi Majoro.

Analysts say Mr Thabane’s legacy is typical of most African leaders of his generation, who start off well and as darlings of the masses only to… 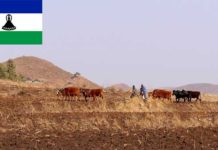