Dar es Salaam – John Pombe Magufuli may have been a compromise candidate, but less than three months after taking over as Tanzania’s president, his radical reforms have the region in awe.

Many east Africans are hoping for the “Magufulification” of their countries as they watch the 56-year-old cut perks to officials, channel funding to public services and tackle corruption.

Some measures are less popular as he has expelled slum dwellers and cracked down on migrants who are in the country illegally.

One of Magufuli’s first acts was to cancel the Independence Day celebrations on December 9, saying it was “shameful that we’re spending money on independence when our people are dying of cholera”.

He diverted the budget of $1.9m to expanding a congested road and street cleaning, replacing the independence celebrations with a National Day of Cleanliness during which he collected rubbish himself.

Magufuli scaled down the inauguration of the new parliament, channelling 200 million shillings to the Muhimbili National Hospital in Dar es Salaam to buy beds for patients.

He uses a car instead of a jet to travel around the country, and has banned all but the most essential foreign travel for officials, instead ordering them to visit rural areas to find out about problems there.

In the October elections, Magufuli was a compromise candidate for the Chama Cha Mapinduzi party, which has dominated politics since the country’s independence in 1961.

Few Tanzanians expected him to launch the radical reforms that are now sparking comparisons with the country’s first president and founding father, Julius Nyerere.

But sceptics say that authoritarian presidents such as Rwanda’s Paul Kagame and Uganda’s Yoweri Museveni, who are reluctant to step down after decades in power, were also once hailed as belonging to a new breed of leaders.

Magufuli has sacked the head of the Dar es Salaam ports authority and suspended the chief of the revenue authority, after visits by Prime Minister Kassim Majaliwa to the port found that thousands of containers had been cleared without the taxes being paid. 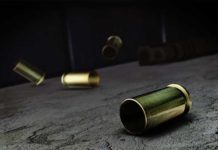 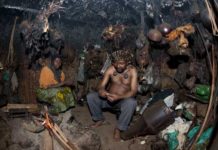