Despite previous military successes by African Union (AU) peacekeepers, and the Somali military, against militant group Al Shabaab in Somalia, the militants have managed to seize control of another town.

An Al Shabaab spokesman said that his organisation has managed to take over another town in central Somalia after it was abandoned by AU Mission in Somalia (AMISOM) peacekeepers, Al Jazeera (AJ) reported on Monday morning.

“It was the third time this month that the Al Qaeda-affiliated group moved into a town in the region after the withdrawal of Ethiopian forces,” reported AJ.

Halgan’s fall was confirmed by Dahir Amin Jesow, a member of parliament from the region, who said residents were being subjected to reprisals at the hands of the fighters.

“Each day, civilians are being beheaded over suspicion that they are government supporters,” he told the Reuters news agency.

“We do not have a government that is effective enough to protect our civilians.”

AU forces and the Somali military launched a military offensive in 2014 against Al Shabaab.

The Jihadis were subsequently successfully driven from major strategic centres of Somalia, after once holding significant sway over large swathes of the Horn of Africa country.

However, they still control some settlements and rural areas.

Following the overthrow of military dictator Mohamed Siad Barre in the early 1990s, Somalia has been engulfed in conflict and lawlessness. 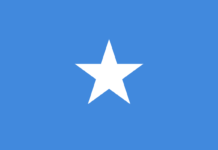