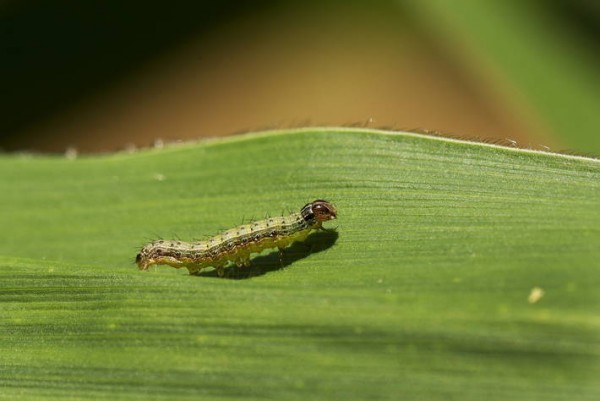 Tools are available to wrestle Fall Armyworm, a voracious invasive species that is ravaging crops in Africa, Asia and the Near East, and it is imperative to intensify coordination to curb the insect’s spread.

“We will need to step up the alliance among key partners from all relevant sectors at the global level,” FAO Director-General QU Dongyu said today while opening the first meeting of the Steering Commitee of the Global action for Fall Armyworm Control.Fall Armyworm, or Spodoptera frugiperda, is a moth native to the Americas that has spread in recent years and has now reached Australia. In its caterpillar state, the pest feeds on more than 80 crops, with a particular attraction to maize.

As much as 18 million tonnes of maize are lost annually in Africa now, enough to feed tens of millions of people and representing an economic loss of up to $4.6 billion. Over the past three years, FAO has spearheadded 63 Fall Armyworm-related projects, mostly in Africa, establishing many good practices and accumulating much valuable knowledge along the way.

The Global Action is designed to support and scale up those efforts through a strong and innovative coordination mechanism. If Fall Armyworm continues to expand, the role of maize in the world’s food system couuld be seriously affected, the Director-Geneal said.

“We need quick action.”Innovation has a big role to play, he added. He pointed to an updated smartphone app developed by FAO and known as FAMEWS (Fall Armyworm Monitoring and Early Warning System) as a key tool, available in 29 languages, that channels valuable real-time and field-level information about the pest’s location and spread to a a global data platform every two hours, while also giving smallholder farmers specific tips on how to cope with and contrast infestations.

Its members’ consultations are expected to help optimize the Global Action Plan ahead of a high-level conference planned to be held at the African Development Bank’s headaquarters in Abidjan in April.

The Global Action aims to reduce maize crop losses to 3.0 percent from current levels often 12 times higher. “It is an ambitious target, because it has to be,” said Bukar Tijani, FAO Assistant Director-General, Agriculture and Consumer Protection Department.