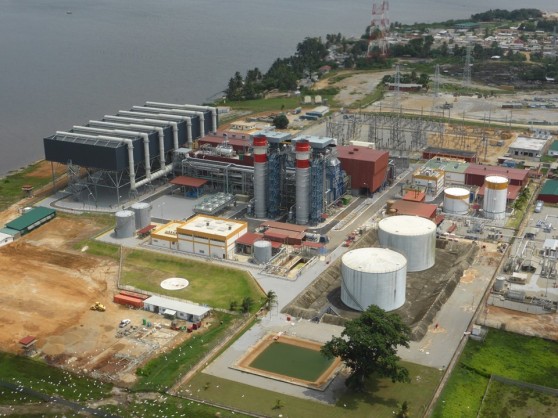 GE (NYSE: GE)  announced today that it has been selected by Azito Energie S.A. (http://www.Azitoenergie.com/fr/) to provide gas turbine technology and services for Azito phase IV power plant, located in the Yopougon district of Abidjan in Côte d’Ivoire. The extension of the power plant will generate 253 megawatts (MW) and will play a significant role in supporting the country’s energy plan.

“We have a long-standing relationship with GE and are thrilled that the Azito phase IV power plant,  will also be one of the most efficient power plants in the region and will serve as a model for the development of similar power projects in Africa”, said Luc Aye, Managing Director, Azito Energie S.A. “Providing reliable and sustainable power is a priority for us. Our plant makes use of Côte d’Ivoire’s supplies of natural gas and with this expansion we will continue to contribute significantly to country’s energy security and stability”.

Under this contract, GE will supply its GT13E2 gas turbine in combined-cycle configuration, one heat recovery steam generator, one steam turbine generator, condenser and associated systems and maintenance services for 20 years.

GE’s GT13E2 gas turbine offers industry leading efficiency in the E-class segment. It delivers power and performance while offering a flexible extended maintenance concept that reduces operating costs while saving fuel. Upon completion of the Azito phase IV extension, the entire power plant is expected to generate approximately 710MW, representing up to 30% of the nations’ power supply.

“GE has been committed to the development of Côte d’Ivoire’s power sector and plays a critical role in laying the foundational infrastructure needed to build a modern economy,” said Elisee Sezan, CEO for GE’s Gas Power business in sub–Saharan Africa. “We are honored to continue to support Azito Energie, with our offering of full range of local capabilities, expertise and unique power generation solutions”.

Since 1999, GE has provided maintenance services at Azito power plant, with the first combined cycle power plant connected to the grid in 2015. Earlier this year, GE announced the successful execution of GE’s MXL2 upgrade solution for the GT13E2 gas turbines at Azito III site (https://bit.ly/2SnIfMj), as part of a contract which will increase the power plant’s production by 30MW, equivalent power for up to 24,000 homes.

Distributed by APO Group on behalf of GE.

About Azito Energie S.A:
Azito Energie S.A. develops, owns, and operates the Azito power plant that produces electricity using natural gas resources in Ivory Coast. The company was founded in 1997 and is based in Abidjan, Ivory Coast. As of November 1, 2010, Azito Energie S.A. is owned by Globeleq and Industrial Promotion Services (West Africa). Azito Operations and Management (Azito O&M), a subsidiary of Globeleq, is operating and maintaining the plant under an operation and maintenance agreement between Azito O&M and Azito Energie.

About GE Power:
GE Power (www.GEPower.com) is a world energy leader providing equipment, solutions and services across the energy value chain from generation to consumption. Operating in more than 180 countries, our technology produces a third of the world’s electricity, equips 90 percent of power transmission utilities worldwide, and our software manages more than forty percent of the world’s energy. Through relentless innovation and continuous partnership with our customers, we are developing the energy technologies of the future and improving the power networks we depend on today.

Coronavirus – Democratic Republic of the Congo: The Head of State Convened a Meeting of the Expanded Security Services Response Committee (Saturday 28 March)

“Migration is Key to the Development of the Region,” The International Organization for Migration (IOM) Director General Emphasizes During First Visit to the Sahel...