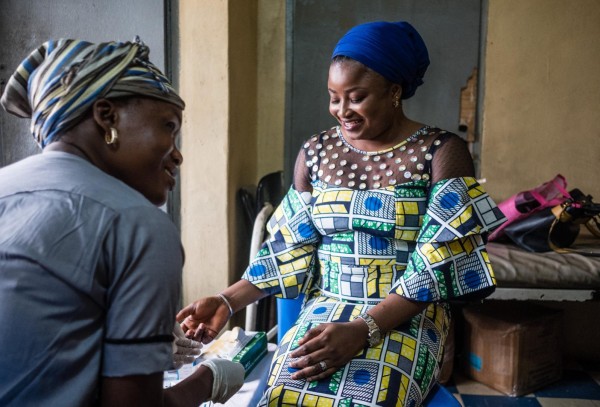 West and Central Africa has made significant progress in expanding access to HIV treatment in the past three years. At the end of 2018, 53% of adults (people aged 15 and over) were accessing antiretroviral therapy (ART), compared to 39% in 2015[i]. However, the region still lags behind East and Southern Africa, where by the end of 2018, 67% of people living with HIV were accessing ART.

“While we are seeing glimpses of progress in these countries, the numbers are still not what we were aiming for. More people are getting tested, and more people are getting onto treatment, but it is not enough,” said Dr Matshidiso Moeti, World Health Organization (WHO) Regional Director for Africa. “Countries are doing the work; what is needed now is to improve the speed of the response and bring these efforts to scale if we are to achieve the 90-90-90 targets and the Sustainable Development Goals.”

At the 2016 United Nations High-Level Meeting on Ending AIDS, the World Health Organization (WHO) and partners noted with concern that the region had fallen behind Eastern and Southern Africa, and called for an urgent response, known as the “Catch-up Plan”.

During a session at the 20th International Conference on AIDS and STIs in Africa (ICASA), the Joint United Nations Program on HIV/AIDS (UNAIDS), the United Nations Children’s Fund (UNICEF) the World Health Organization Regional Office for Africa, highlighted the challenges facing the region.

Dr Hugues Lago, Team Leader for HIV, TB and Hepatitis for the WHO African Region, notes, “One major gap is access to treatment for children and adolescents, as currently only 28 percent of HIV-positive children are receiving ART. Expanding testing of children at birth as well as improving adherence to treatment among adolescents will be key to stopping the spread of HIV in west and central Africa.”

Countries also need to address the needs of key populations such as men who have sex with men and people who inject drugs.

WHO, through the Catch-up Plan, has provided technical support to 11 countries across the region to help them develop appropriate strategies for testing and treatment; assist with the transition to improved medications; ensure that they follow treatment guidelines; implement programmes with appropriate community involvement; and address the issue of user fees. WHO is also providing assistance to ensure that countries do not experience stock-outs of antiretroviral drugs.

WHO continues to support countries at the policy-making level, providing technical guidelines and capacity building, as well as providing assistance, where needed, on the implementation of programmes.

Coronavirus – Africa: WHO in Africa holds first ‘hackathon’ for COVID-19