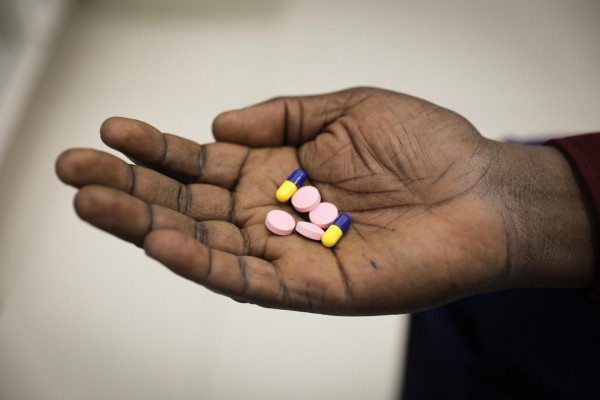 Josphat, a health worker based in Nairobi, needed a skin graft on his leg in 2013. But then, what is typically a common procedure nowadays became a medical nightmare.

The donor site on his thigh took longer to heal than expected and was nonresponsive to conventional antibiotics. Laboratory tests revealed the wound was infected with bacteria known as Pseudomonas aeruginosa, which is resistant to all antibiotics.

Sometimes, knowing too much can be scary. When the thigh wound grew bigger, the health worker, being well versed in the perils of contagion, feared it would trigger an internal infection that would present an even more complicated dilemma.

His worry was more than he could bear.

“A month after the main surgery, despite frequent dressing and being on treatment, the donor site was healing poorly. With each passing day, instead of showing signs of recovery, the wound worsened,” he says.

His doctors were confronted with a medical dilemma: none of the antibiotics they tried could treat the wound.

“I was scared. I was worried every day after the doctors came back with the results that showed that we were dealing with absolute resistance. But I kept my faith alive that a solution would be found,” Josphat says.

He insists he does not misuse antibiotics.

Antimicrobial resistance occurs when microorganisms, such as bacteria, fungi and parasites, change when they are exposed to an antimicrobial drug. As a result, the medicines become ineffective and infections persist in the body, increasing the risk of spread to others.

Misuse of antibiotics is a common cause of antimicrobial resistance. Typical misuse occurs when an antibiotic is used incorrectly, such as treating a virus, which it is impotent against, or when a patient does not take the drug for the prescribed number of days.

Josphat’s situation turned for the better when an outdated disinfectant appeared promising at clearing the infection. Eusol solution, an antiseptic used years ago to treat wounds, saved the day. The wound healed eventually in three months. “I was fortunate the infection was topical. It would have been disastrous if it was internal,” he points out.

But in addition to the psychological trauma of a stubborn wound, Josphat adds that the cost of treating the resistant infection for a longer time was higher due to the three-month treatment. “As the doctors looked for a more effective way to treat the infection, we had to continue dressing it regularly to prevent further infection,” he remembers.

Josphat’s personal experience turned him into an outspoken advocate against what is a growing public health concern and a champion for more rational use of antibiotics. “We take antimicrobial resistance so lightly. We dismiss it, often saying that it happens to others. It is real and very worrying,” he argues.

Convinced now more than ever of the seriousness of antimicrobial resistance, he is calling for more prudent use of antibiotics and the fiercely enforced use of them for the stipulated time. He talks with colleagues, friends, relatives and anyone he can reach about the rational (unnecessary) use of antibiotics.

The support of WHO in Kenya touches on all aspects of containing antimicrobial resistance: It works with the country to adapt normative guidance and tools (such as the WHO Essential Medicines List that contains updated advice on the use of antibiotics), to strengthen integrated surveillance of antimicrobial resistance in human and animal health and to ensure that policy-makers and the public fully appreciate the magnitude of the antimicrobial problem in the country.

The Government is finalizing its Kenya Essential Medicines List, which adopted the WHO Access, Watch and Reserve classification (AWaRe) of antibiotics. The AWaRe classification is a useful operational tool for health system planners and prescribers to optimize antibiotic treatment by ensuring that people who need antibiotics have access to them and ensuring they are prescribed the right one so that the problem of resistance does not become worse.

WHO is also working with the Government of Kenya directly and through partners to facilitate the development of enabling policies and legislation for combating antimicrobial resistance across the human and animal sectors.

The 2019 World Antibiotic Awareness Week (18–24 November) seeks to raise public awareness on antimicrobial resistance by highlighting its impact on humans, animals and the environment.

Coronavirus – Africa: WHO in Africa holds first ‘hackathon’ for COVID-19